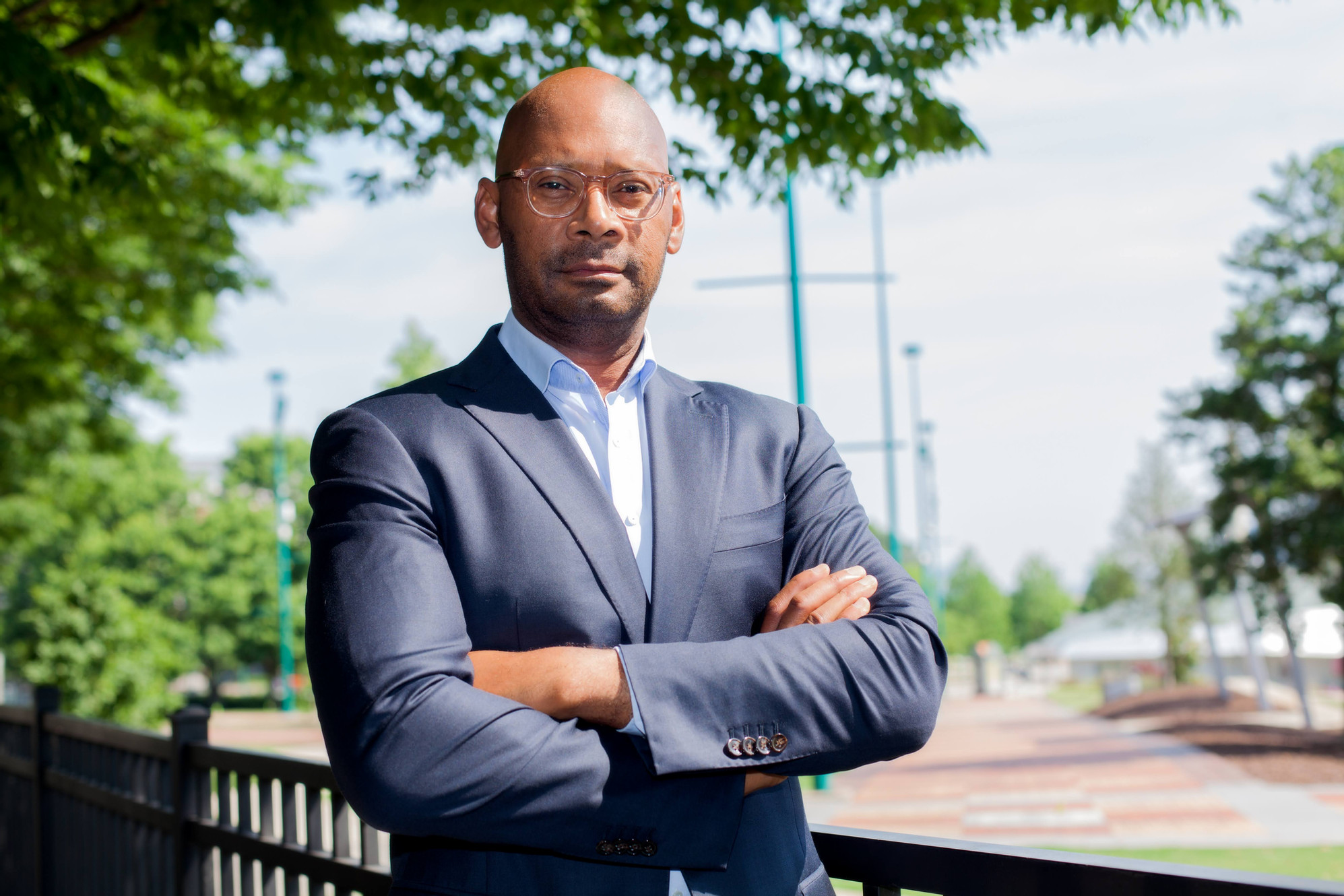 Mike Russell grew up in a racially segregated community in Oklahoma where he says every household had a picture of Jesus, Dr. Martin Luther King, and the two Kennedy brothers. “There was no question who you voted for,” Russell quipped. “I was a young Democrat in college. The first president I voted for was Jimmy Carter, but over time the party changed, and the values that I grew up with were not the same values that the party represented.”

Witnessing that ideological shift Russell slowly migrated over to the Republican Party. Although he didn’t vote for Donald Trump in 2016, he found himself increasingly impressed by the former president during his first term. Then came the summer of 2020 and Russell watched as the nation’s largest cities, including his own Atlanta, were engulfed in bloody riots following the death in police custody of a convicted felon named George Floyd.

Encouraged by his friends and husband to harness the anger he felt over the unrest and do something to help the situation, Russell started volunteering around the city of Atlanta with law enforcement. He posted political commentary on social media where he says he received much praise and calls to pursue public office.

He’s now decided to take up that call. As a self-professed non-politician, this spring Russell threw his hat into the ring to become City Council President of Atlanta at a time when the city is being flooded with a myriad of problems under current Democrat mayor Keisha Bottoms.

With the political left crying to defund the police and shutter jails and prisons, crime rates in the nation’s largest cities have skyrocketed and Atlanta has not been immune. According to the Atlanta Police Department, this year murder is up 58%, aggravated assaults are up 26%, shootings are up 40%, and rape is up an astonishing 97%. Recently Georgia passed a law to ban the effort to defund police in the state, a measure that Russell adamantly supports. Seven of the Atlanta City Council members voted to defund the police at the height of the movement, and Russell is surprised they have not apologized for their lapse in judgment. Each of those members has now pulled an about-face on the issue.

“This year those same seven council members along with the rest of the City Council voted unanimously not only to approve the city budget, but increase it by $15 million. So I think their actions say very loudly that they realize they made a serious mistake, and the voters are upset about it,” Russell told Outspoken.

During his career in the military, Russell served as the chief of police on army bases around the world and helped organized the first civilian police force in Panama where approximately 1,200 newly minted police officers were placed on the streets of the capital, Panama City. Throughout his career in law enforcement, he held rank doing everything from patrolling and responding to calls to becoming the Provost Marshall, which is the equivalent of a civilian police chief.

As a consequence of the rising crime in Atlanta, the affluent Buckhead neighborhood is seeking to remove itself from Atlanta and become its own city. Russell says he understands the frustration of Buckhead residents but wants a chance to address the problems before a separation occurs. He agrees with many Buxit supporters that the people of Buckhead pay more than their fair share in taxes and get little in return.

“They’re tired of being used as the piggybank for Atlanta and also the punching bag,” he explained. Bill White, the leader of the Buckhead City initiative, told Fox News recently the neighborhood filed its divorce papers with the city of Atlanta.

Russell has a different approach. “I would like for us to go to marriage counseling and try to work out our differences,” he says.

The topics of crime and policing remain as racially volatile as ever. As a black conservative, and also a gay man, Russell believes he may have a uniquely important voice in the debate. 90% of violent crime victims in Atlanta are black. 90% of the perpetrators of those crimes are black while just over 50% of Atlanta’s citizens are black, he says.

“Because society is so trained to call ‘racist,’ we’re not taking effective measures to combat the issue,” he says. At City Council meetings, Russell describes citizens calling in, especially older black women, begging for police intervention in their neighborhoods. When it comes down to it, while the black community may not embrace the label of conservative, Russell contends that black Atlantans exhibit more conservative values than liberal ones, with an appreciation of law and order among them.

Atlanta’s current City Council president, Felicia Moore, is now a top contender to replace Bottoms, who isn’t running for re-election, as mayor. Moore is viewed as less radical than the current mayor and seen as more tough on crime. Russell may have an uphill battle in his race–as a political outsider his grassroots campaign is funded by small donations mostly taken in by his website, one designed by his husband.

Russell is currently up against two other contenders for the position with the deadline to enter the race not until late August. The election is scheduled for Nov. 2 of this year.