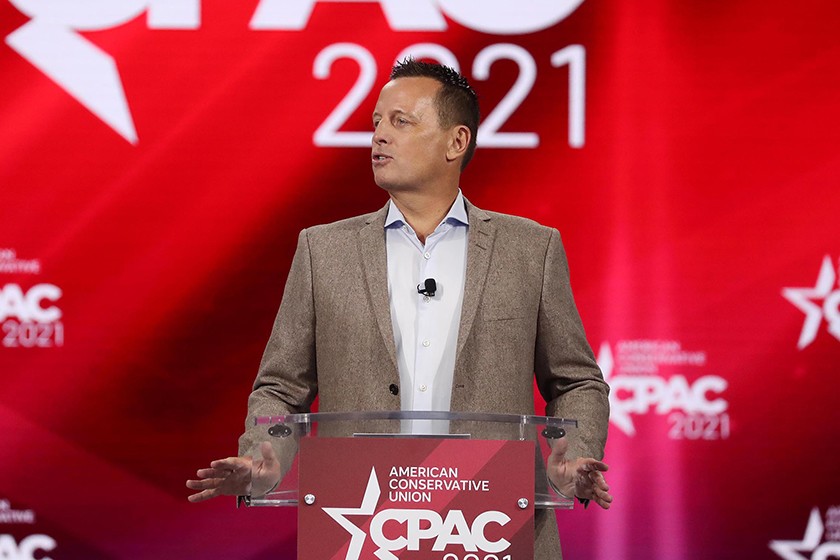 Former Trump administration official Richard Grenell sent shockwaves through media and political circles Saturday morning following a speech at CPAC in which some suggested the former ambassador teased a run for governor of California, his home state.

“The doctrine of ‘America First’ is here to stay,” Grenell opened the speech saying to an enthusiastic audience. He went on to frame the changing face of American politics as populism against the Washington, D.C. establishment, and called for term limits on members of congress.

The former Ambassador to Germany and former Acting Director of National Intelligence spoke at length on the previous administration’s successes in foreign policy, particularly in negotiating peace deals in the Middle East and other agreements with allies in Europe. Grenell is also credited with brokering the historic peace deal between Serbia and Kosovo.

The speech led several media outlets to suggest Grenell was strongly teasing a run for governor of California. The present, embattled governor, Gavin Newsom, is facing a recall initiative which has already received more than the required 1.4 million signatures.

Grenell boasted of California’s past glory as a land of opportunity and middle class prosperity. “But now when you think of California, you think of out-of-control wildfires, of rolling blackouts, of schools still closed, of shuttered business, of bans on fracking, and on wealthy people jumping the vaccine line. In my three decades in American politics, I have never seen a better case for a recall than there is right now in California,” Grenell said of the nation’s most populous state.

“If a public official is still failing to deliver on their promises, and if you can’t limit their term or recall them in time, there’s always one other option: you can run against them yourself,” he continued.

Mercedes Schlapp of the American Conservative Union Foundation was apparently a big fan of the supposed gubernatorial tease.

“How wonderful was Ric Grenell? I don’t know, I think he’d make a great governor of California,” she said while hosting a discussion following Grenell’s speech.

Under President Trump, Grenell was confirmed by the Senate in 2017 by a vote of 56-42 to assume the prestigious role of Ambassador to Germany. At the time, he was the highest ranking openly gay official in any presidential administration. In early 2020, President Trump then asked Grenell to join his cabinet as Acting Director of National Intelligence, making him the first openly LGBT person to serve on a presidential cabinet.

Watch the full speech below