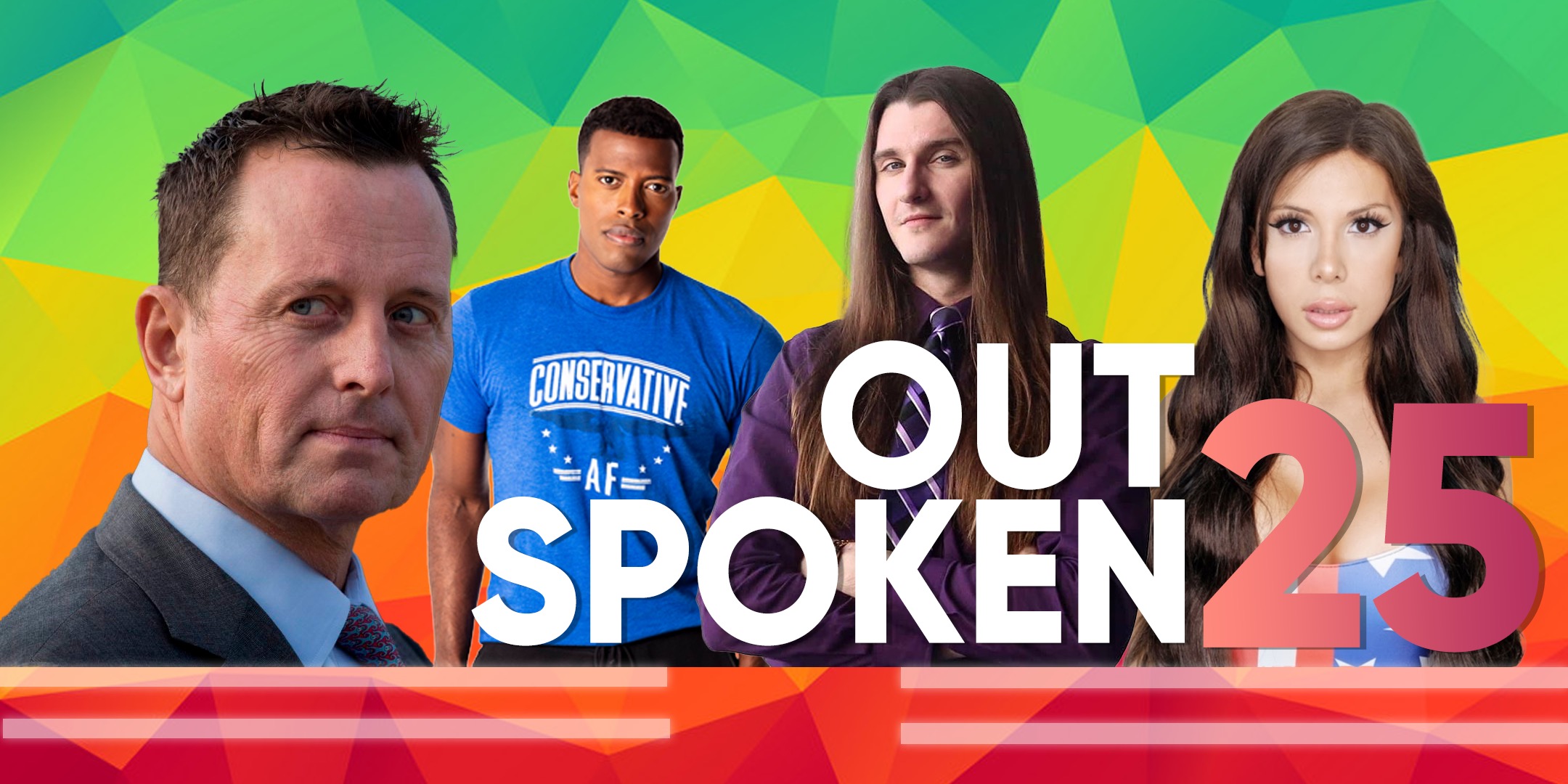 Since we began Outspoken in the summer of 2020, we had this simple idea: compile a list of the most influential LGBTs in media, politics, entertainment, and online who challenge convention, stand up against groupthink, and embody values of freedom, liberty, and the First Amendment.

We continued to run into a problem. What was originally conceived of as the Outspoken 50 quickly became the Outspoken 100, and only grew from there. While we tend to think of ourselves as a niche demographic, we began to realize perhaps the opposite might be true. There were simply too many names we wanted to include and, inevitably, someone would be left out.

At the risk of drawing ire from personalities and their fans who felt they’d been snubbed, we shelved the idea temporarily. Outspoken always set out to be a touchstone, a home base, for a surging, often disjoined, sentiment in the LGBT zeitgeist: those putting up a challenge to liberal orthodoxy and the increasingly dangerous and insane prerogatives pushed forth in the guise of LGBT rights. Singling out just some influencers seemed counterproductive to our mission.

And, yet, such a list still felt important, not only to inspire and elevate, but to show villains in media and Gay, Inc. just how influential and diverse these voices had become. We decided for the inaugural edition of this feature, which, going forward, will run every year in December, to go smaller, rather than bigger. This year, Outspoken editors combed through an exhaustive list of our favorite people to pick 25 LGBTs who made headlines in 2021, who recently burst onto the scene, or who have been trailblazers in shattering the left’s monochromatic depiction of the rainbow.

This list is too short, and that’s on purpose. As Outspoken, and organizations like the Log Cabin Republicans, continue to experience explosive growth, we look forward to working with our old friends and making new ones in the battles that await us in 2022, where LGBT conservatives, libertarians, and freethinkers promise to be an unshakable and deciding force.