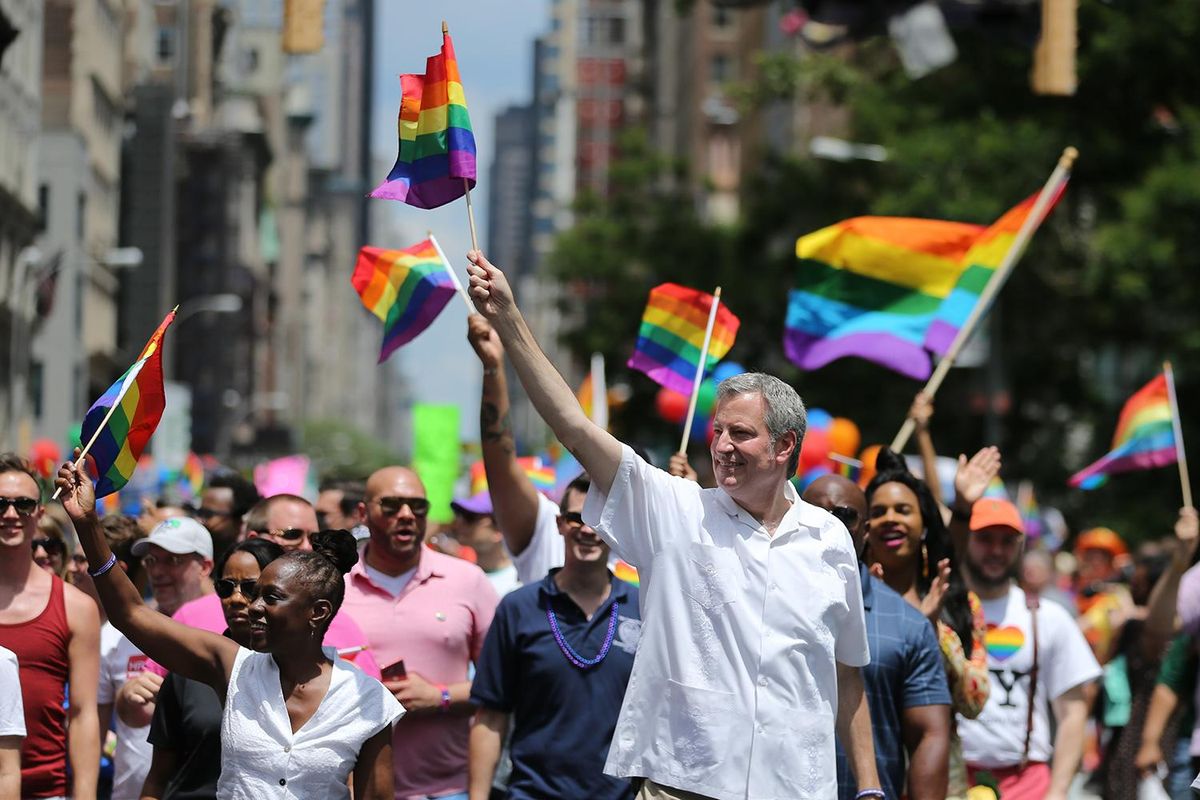 The word “pride” in English has long been understood to have a negative connotation. Some modern definitions of the word still exhibit this negativity— “inordinate self-esteem” or “a high or inordinate opinion of one’s own dignity, importance, merit, or superiority.” Pride can be seen as an unwarranted and undeserved inflation of oneself. In certain Christian traditions, pride is considered one of the seven deadly sins. In fact, it is considered the deadliest of the sins because pride is the one from which many other sins emerge, and it cannot be satiated.

As a gay conservative, I am bombarded with the notion of pride from both of these intersectional factions. As a conservative, I am told to be a proud American, and as a gay man, I am told to be proud of my sexuality. On the surface, these two types of pride look and sound the same, but the semantic difference between the two could not be more drastic.

Having pride in one’s country is a pride based on the roots and the foundations of that country. As an American, that means I have pride in the Constitution and the freedoms that it affords all those fortunate enough to be citizens. I have pride in the equality—not to be confused with equity—that is enshrined in our system of governance. I have pride in the capitalistic society that America is based on in which hard work can pay dividends in anyone’s future. And I have pride in all of those brave men and women who have risked or given their lives so that all of these things remain in place for future generations.

Overall, having pride in America is being thankful for having been born into her citizenry. It is pride centered on the selflessness of others. It is not a selfish pride, like hubris, and it is not worthy of the moniker “deadly sin.”

Gay pride may have started as a celebration of the gay rights movement and where we have come as a society in the acceptance of homosexuality; however, the vapid and vainglorious celebrations of today are rooted in a much more deadly form of pride. Pride as celebrated in the modern era is centered around the notion that your non-heterosexuality is enough to make you special and superior. It enforces the idea that ones sexuality is their central, defining trait around which everything else circles.

In this vein, gay pride is based solely on an immutable characteristic, not on ones achievements or accomplishments. This type of pride has bred in an entire community a superiority complex in which they feel they should be celebrated simply for being homosexual, bisexual, or transgender. Their mere existence makes them noteworthy. That is hubris. That is dangerous. That is deadly.

The leftists in America have further encouraged this lopsided pride. They have demonized patriotism and love for America by likening it to white supremacy. They have made nationalism a four letter word and shamed people for waving our country’s flag. In the same breath, they have pushed and politicized identity, whether it be race or sexuality. They put any minority on a pedestal, cry for equity and inclusion, and feed into the zealous self-important delusion.

This false pride also reinforces the collectivism of the LGBT “community.” As members of a superior class, they feel they should be catered to and afforded special rights and privileges. As a protected class, they believe they should be able to bend the rules of science as a biological man eviscerates women in sporting competitions. They believe that they should be able to share the sordid details of their lives and lovers with students in their classrooms. They believe children should be exposed to Pride events and drag shows where they can learn just how awesome being an over-sexualized homosexual is. They are so entrenched in this mindset that they see no issue with a man dressed in only a harness and a Speedo that is so tight it left nothing to the imagination walking right next to children who appeared to be 5 and 8 years old. This is not a hypothetical scenario. I witnessed it in West Hollywood during the Pride events last weekend. As I stood there mortified, everyone else, including the children’s parents, continued on as if this were commonplace and acceptable.

Blind, meritless pride based on inborn characteristics is intolerable and dangerous. It is unacceptable for white people to have pride based solely on their skin color, and similarly it should be unacceptable for gay people to have pride based solely on their sexuality. As a society we have allowed this perversion of pride to go too far. We have to continue to call out and condemn the hubris, vanity, and arrogance of the LGBT community while reaffirming a healthy sense of patriotism, nationalism, and American pride. I am a proud American first and a gay man second. That order of importance and pride will never change.