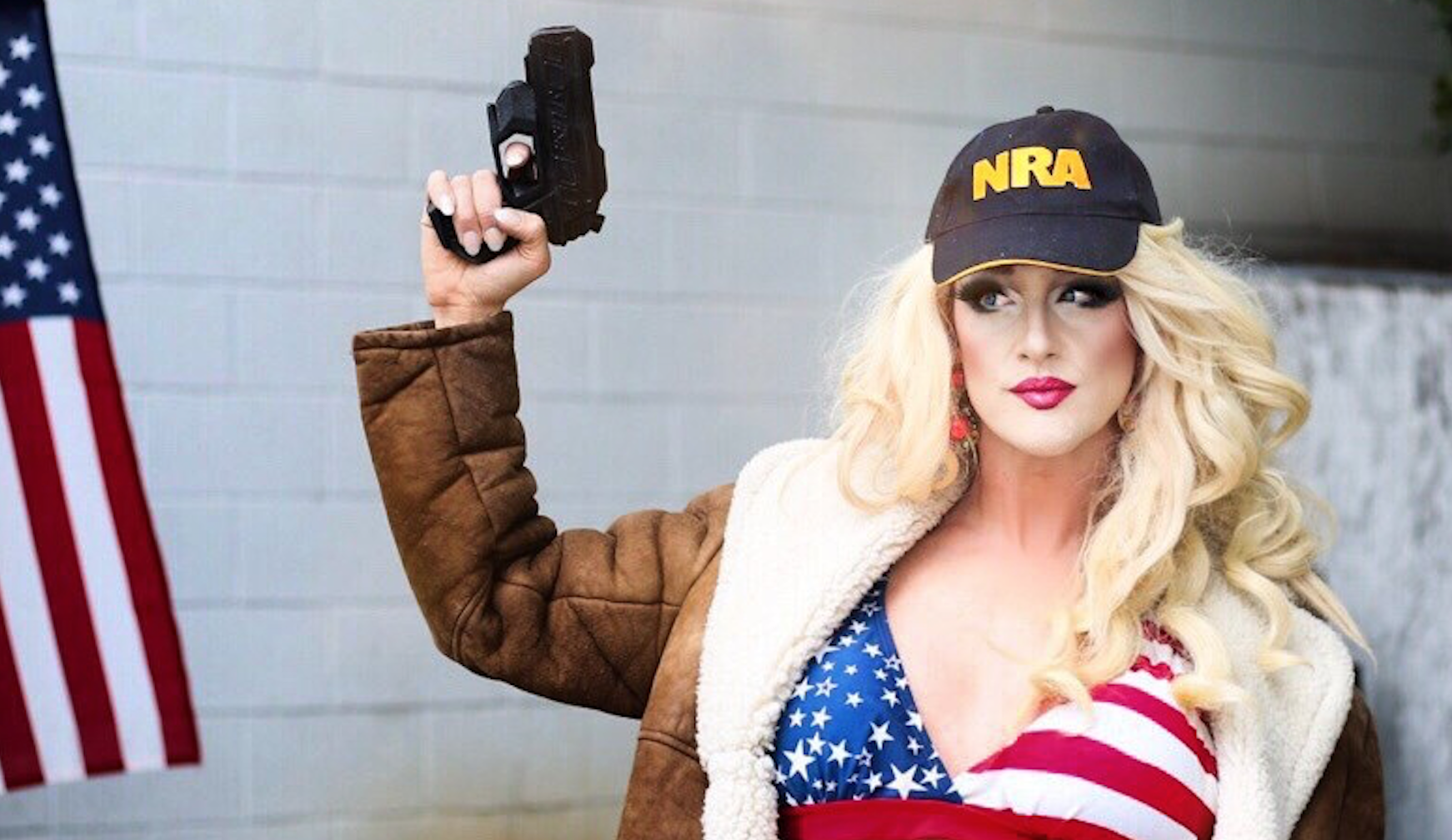 Drag artist Lady MAGA USA says he became the subject of an internal investigation and was subsequently fired by Delta Airlines after the company became aware he moonlighted as a performer and activist at rallies supporting former president Donald J. Trump.

Lady MAGA, whose real name is Ryan Woods, says he was working as a flight attendant for Delta Airlines when the company put him on leave in early January to investigate a tip about his social media presence. This week the company notified Woods, who is openly gay, that he had been terminated from his job because of his off-the-clock political activities.

Appearing on The Chris Salcedo Show on Newsmax, Woods described what he saw as bias within the company against employees with conservative political views and a culture supporting far-left extremism, such as the Black Lives Matter movement.

In recent months, Woods has been a fixture at pro-Trump rallies and gatherings. Woods says he was among the estimated 80,000 pro-Trump gatherers in Washington, D.C. on Jan. 6 but he was “miles away” from the U.S. Capitol Building when a rag-tag bunch of demonstrators breached security and entered the building.

The Delta investigation into Woods was opened the next day, Woods says. “It was expedient and easy to label us all as ‘dangerous.'” He claims a representative from Delta pulled up Lady MAGA’s Instagram account and asked, “do you manage this social media?” Woods responded that he did. The representative, Woods claims, appeared to take issue with a couple posts featuring the drag queen posing with legally-obtained fire arms. “None of [the posts] were ‘hate speech,’ none of which were even taken down by Instagram,” Woods says.

“I never, ever once mixed my professional life as a flight attendant with Delta Airlines with my political activism,” Woods told Salcedo.

“I’m coming up on two years of my political activism trying to awaken LGBT people that we don’t have to hate our country. Because you’re LGBT doesn’t mean you have to be disgusting or vulgar.”

In a letter obtained by Outspoken, a representative from Delta Airlines informs Woods “the decision has been made to terminate your employment.” The representative then offers Woods the opportunity to resign within 24 hours of receiving the letter. “If you decide not to resign, your termination will be effective the date of this letter for the reasons I discussed with you on January 7, 2021.”

On Newsmax, Salcedo points out to Woods that Delta Airlines proffered support for the Black Lives Matter riots last summer, even flying BLM iconography outside its corporate headquarters.

“Starting March 1 of last year, Delta took a nose dive into woke-ism,” Woods says. “Grab your oxygen masks because it was fast and it was rapid. All of a sudden we were going through brainwashing and computer training.”

Woods says the company never once advised employees who were participating in Black Lives Matter rallies and riots to “keep it peaceful.”

“However, what happened on Jan. 6, they sent a big memo about the ‘tragedy of the Capitol,'” Woods recalled, pushing for peaceful protests despite no such message to employees following the murders and billions in damages resulting from the BLM riots of last year.

“I was targeted because I’m a gay conservative and a drag artist,” Woods, who is president of the Utah Log Cabin Republicans, says. “Gay conservatives are not allowed to leave the rainbow plantation and that is why we are specifically targeted.

“I know Delta doesn’t care about your average Karen wearing a Trump hat, but they did care about me.”