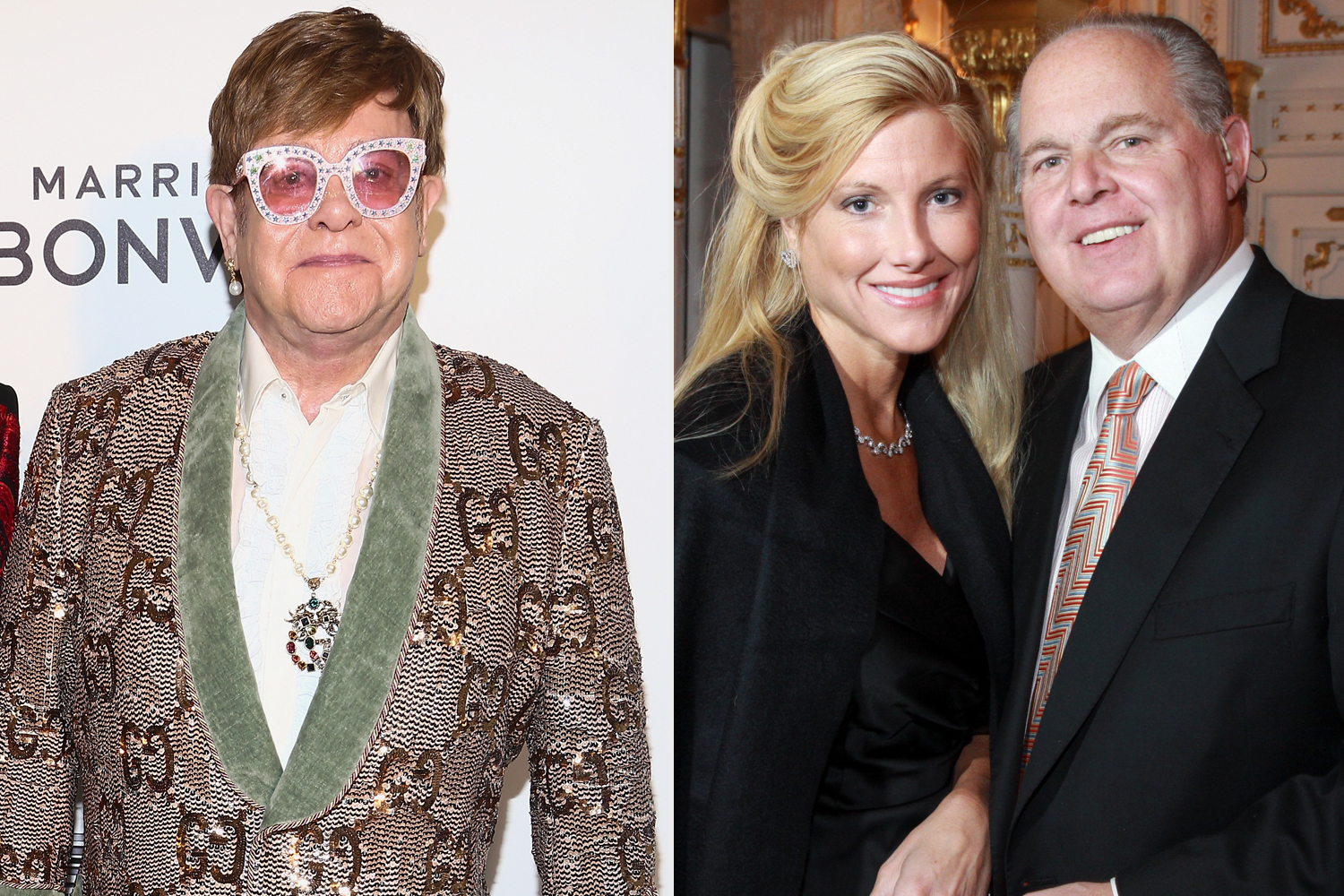 The passing of iconic radio host Rush Limbaugh sparked a barrage of hateful online comments directed toward singer Elton John over a perceived close friendship between the two.

The conservative king of AM radio passed away from complications due to lung cancer on Wednesday. “Rest in Piss” trended on Twitter as liberals in media and entertainment immediately began to dance on the conservative commentator’s grave.

Vengeful liberals then sought out another target, legendary singer Elton John, who performed at Limbaugh’s wedding in 2010 for a reported discounted rate of $1 million. John has claimed proceeds from such events go directly to benefit his AIDS charity.

Speaking to People in 2010, John’s husband David Furnish said, “To put it in Elton’s exact words, when he got the invitation, he was ‘a little surprised […] And then, when it turned out to be a genuinely sincere invitation Elton said, ‘Life is about building bridges, not walls.’ “

Furnish then recalled John, 73, saying, “Maybe if I can make a great impression, people might change their perspectives on life.”

John performed for roughly 80 minutes at the wedding, which was held at the opulent Breakers hotel in Palm Beach, Fla. The reported 400 guests included Karl Rove, Sean Hannity, Clarence Thomas, and Rudy Giuliani.

Limbaugh, who died at the age of 70, and John would then go on to develop an unexpected friendship. In 2012, John told USA Today that the radio host “sends me the loveliest emails.”

In 2014, the rock signer and AIDS activist told The New York Times, “When it comes to people like Rush Limbaugh, or people who might enrage you sometimes, dialogue is the only way. You have to reach out.”