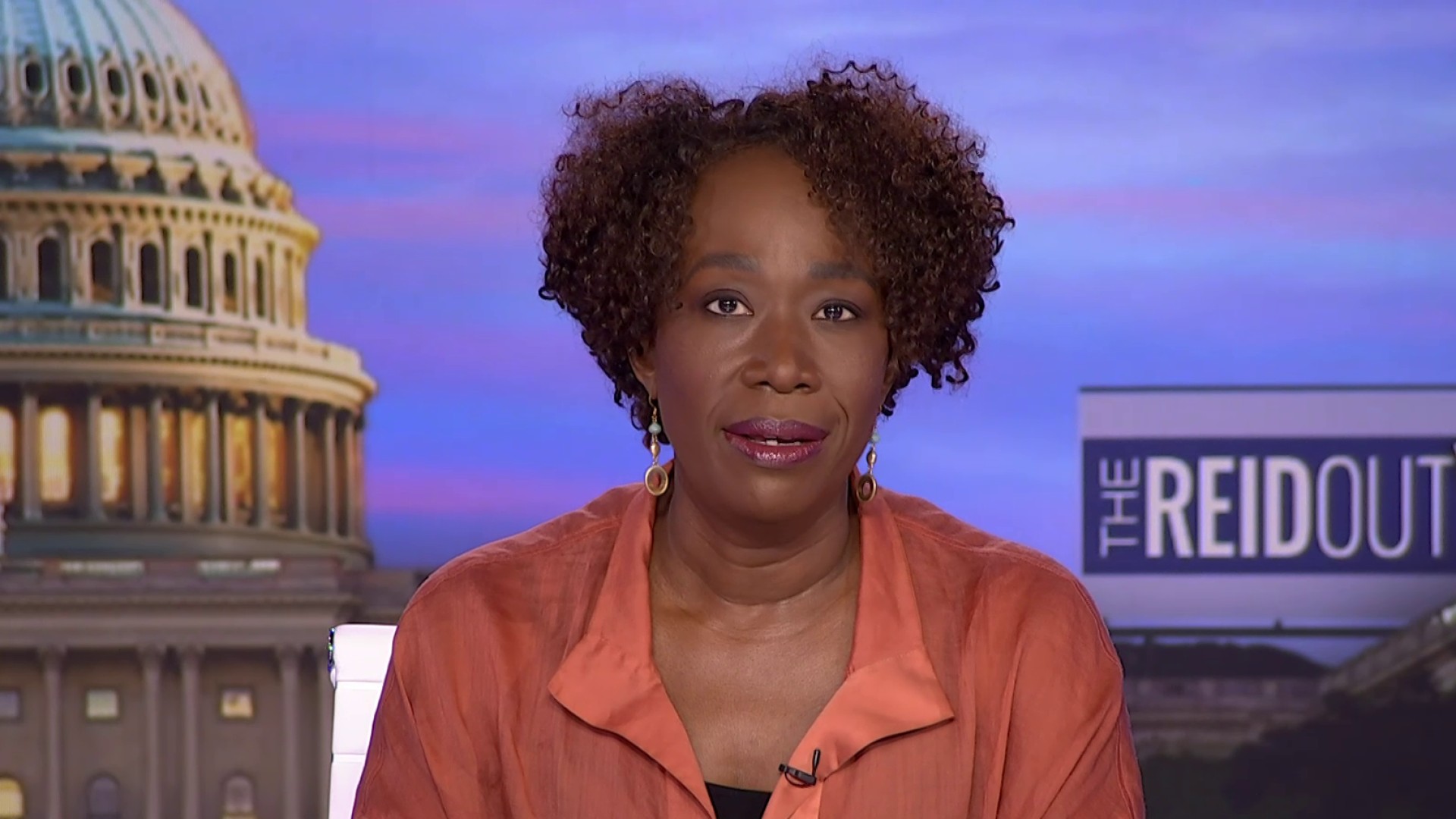 Earlier this week, rapper Nicki Minaj tweeted that she was currently researching the Covid-19 vaccines to determine if she would go through with getting the jab. Minaj encouraged others to stay safe and do the same. She also described a brief anecdote of a friend of her cousin who seemed to have an adverse testicular side-effect to the vaccine which prompted her to want to research the medication even more.

A firestorm erupted on Twitter causing both Joy Reid and Tucker Carlson to cover Minaj’s tweets on their respective shows. Reid slammed Minaj alleging that her tweet could endanger people’s lives. Carlson wished to get more information before passing judgement stating that he would like to talk to the man with the testicular medical issue.

Reid took to her show mocking Carlson alleging that he must want to do a thorough and personal examination of the testicles in question, an allegation that insinuates Reid believes Carlson is a closeted homosexual. “I want him to talk with that gentleman and find out why it is that his future wife left him and just how large these melons were. I think he should go and find out. It’s an investigative report that we need. Go and do it Tucker. I know you wanna. You really really wanna,” Reid said as her two guests chuckled awkwardly.

Immediately after the statement, Reid continued by saying, “Let me stop before we get in trouble,” indicating she potentially knew what she said was out of line.

Curtis Houck, managing editor of News Busters, tweeted the clip from Reid’s show stating that her remarks seemed homophobic and referencing Reid’s past of writing homophobic remarks. “What was Joy Reid suggesting here about #Tucker Carlson. Was she suggesting that he really wants to personally examine the testicles of the person in Nicki Minaj’s tweet? So, in other words, is she arguing that #Tucker is…gay? It’d seem on brand for such a homophobe,” he tweeted.

Richard Grenell, the first openly gay man to serve in a presidential Cabinet under Donald Trump, also called out Reid for homophobia as well as NBC and MSNBC for allowing her to get away with it. “Why does @msnbc and @nbc allow @JoyAnnReid to push homophobia? We all know she already got away with blogging terribly homophobic content. Now she’s getting to do it on TV?” he tweeted.

Minaj also got into the fray, calling Reid a “lying homophobic coon” in a tweet punching back at Reid’s criticism of the rapper. Minaj then also received backlash from some fans after she shared a video of Carlson’s segment about her tweets, captioning it with a bullseye emoji.

As Houck, Grenell, and Minaj mentioned in their tweets, this is not the first time Reid has insinuated that a straight man with whom she disagreed politically was gay. Back in 2018, Mediaite reported on some blogs from Reid’s pre-fame days that resurfaced. In these blogs from 2007 to 2009, Reid continually insinuated and occasionally outright stated that former Florida governor Charlie Crist was gay despite being married twice to women.

Reid referred to Crist as “Miss Charlie” a total of 17 times. “Miss Charlie, Miss Charlie. Stop pretending, brother. It’s okay that you don’t go for the ladies,” Reid wrote in a 2007 blog entry. She even once jokingly insinuated that Crist had sex with now-deceased Senator John McCain.

Once these blogs resurfaced after Reid was working for MSNBC, she immediately claimed those were not her words and she was hacked. Reid even hired an apparent cybersecurity expert to help her find evidence of the hacking. However, the supposed evidence was debunked by tech guru Kevin Poulsen who worked for the Daily Beast, a publication for which Reid was a paid contributor. Poulsen claimed that there was very little evidence that was presented, and what was shown to him was not convincing. “What he did produce failed to withstand scrutiny… indicators of hacked posts don’t bear out,” he said.

Reid’s show The Reid Out constantly underperforms Carlson’s show Tucker Carlson Tonight in television ratings. According to TV Newser, on Sept. 13, 2021, the first day that both Reid and Carlson covered the Minaj story, Carlson hit 3.3 million viewers while Reid only drew in a third of that at 1.1 million viewers.