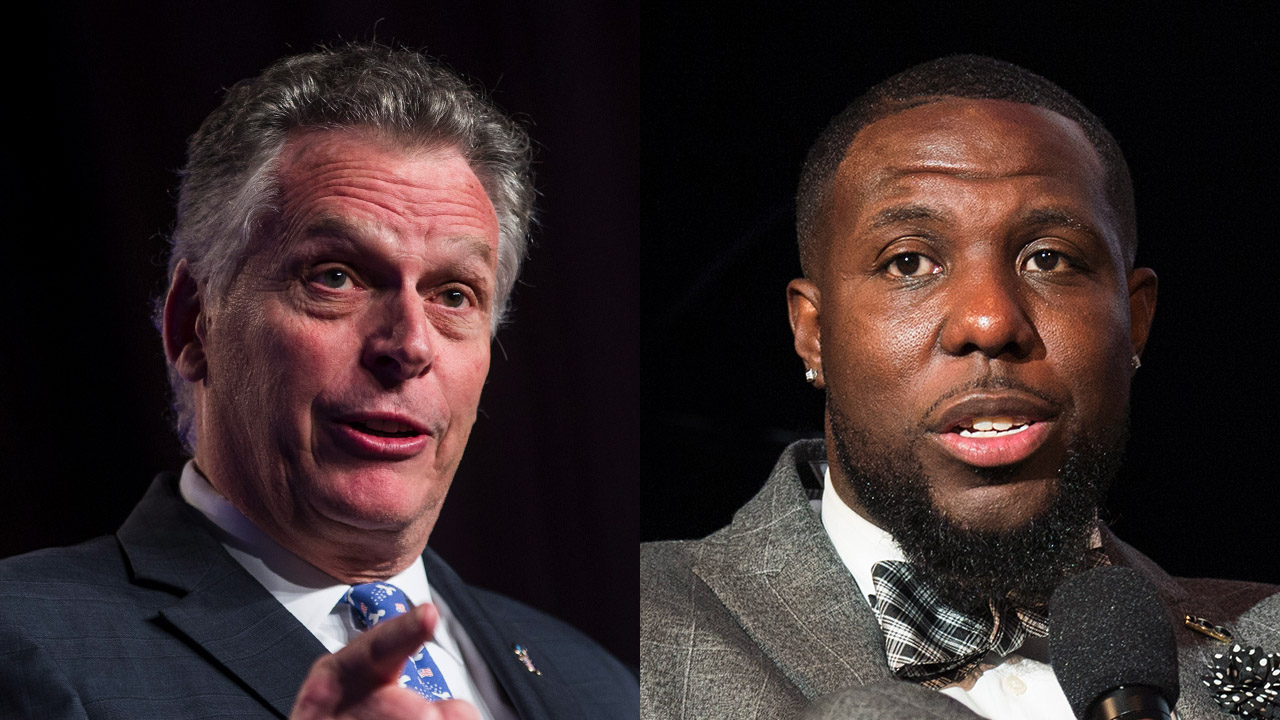 Democrat gubernatorial candidate of Virginia Terry McAuliffe was seen in a recent Instagram video embracing a former member for the Virginia Board of Education who has a troubling past with homophobic tweets.

Terry McAuliffe served a previous term as governor of Virginia from 2014 to 2018. During that term, he appointed Dr. Wes Bellamy to the Board of Education. However, when some disturbing homophobic and profane tweets from Bellamy’s past surfaced, he was forced to resign.

“Make sure everybody comes out and vote with less than 14 days away. Vote for the man, the myth, the legend himself, Governor McAuliffe, the greatest governor Virginia has ever seen. My man,” Bellamy says in the video while McAuliffe gives a thumbs up and puts his hand on Bellamy’s shoulder.

Bellamy goes on to imply that even when he was ostracized due to the problematic tweets leading to his resignation, McAuliffe remained supportive. “Now listen, I’m going to say this. There’s a lot of people who talk about the things they want to do,” Bellamy continued. “A lot of people who say they’re going to do one thing or another, but when the rubber hits the road and when you want to know who your real friends are when everybody else turn their back on me, this man was right here with me, so he’s not going to turn his back on Virginia. Let’s make sure we vote for him.”

Despite having deleted some of the offensive and homophobic tweets that forced Bellamy to resign, evidence of them remain. A series of tweets show Bellamy laughing, retweeting, and agreeing with several people who use homophobic slurs. In one instance, Bellamy laughs at someone making light of AIDS and falsely suggesting that only gay people can contract the virus.

In an original tweet by Bellamy, he uses the word “gay” as an insult and pejorative. “I never can understand why n*gg*z wake up slandering Drake tho like n*gg*z know him personally…that sh*t is kind of Gay to me,” he tweeted.

According to an op-ed in the National Review by Deroy Murdock, these examples of Bellamy’s homophobia are just the tip of the iceberg. “This is a mere handful of the posts in Bellamy’s Twitter feed, as captured between September 4, 2009, and November 30, 2012. In these messages, Bellamy wields the words ‘faggot’ and ‘faggots’ 101 times,” Murdock wrote.

According to a report by Fox News, Bellamy also serves as the current national co-chair of “Our Black Party,” an organization that calls for the defunding of police. In a tweet last year, he called for the money going to fund the police to instead be used in the community to create a new type of criminal justice system. “It’s actually simple. DEFUND AND DIVEST. INVEST IN THE COMMUNITY. DISMANTLE AND DEVELOP NEW CRIMINAL JUSTICE SYSTEM,” he tweeted.

Back in 2016 when Bellamy resigned from his post, then-governor McAullife claimed to be “horrified” over the content of the social media posts. However, McAuliffe has changed his tune recently. Bellamy currently serves as the chairman of the political science department of Virginia State University, and in a recent video addressing the students in that department, McAuliffe called Bellamy a great “leader” and “mentor” as well as “a great friend for so many years.”

Many polls currently show the gubernatorial race in Virginia to be extremely close, within the margin of error. In the most recent Fox News poll, McAuliffe is currently trailing his Republican opponent Glenn Youngkin at 45% and 53% respectively. Early voting is already underway and with election day scheduled for Tuesday, Nov. 2.

Not in our name! Taylor Lorenz doxxing someone in honor of LGBT activism is vile