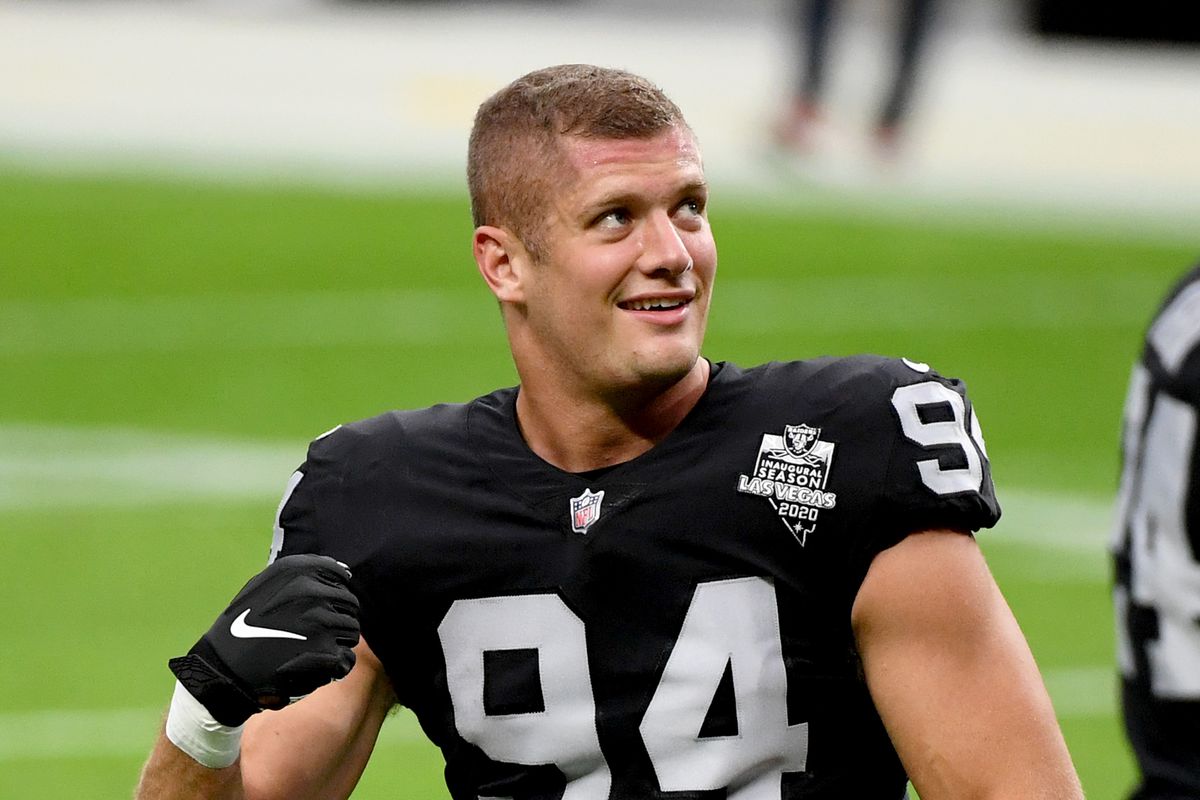 Liberals on social media are attacking NFL player Carl Nassib after he came out as gay earlier this week and pledged to donate $100,000 to The Trevor Project, an LGBT suicide prevention organization.

Nassib, a defensive end for the Las Vegas Raiders, posted the announcement to his Instagram account and mentioned that he had struggled with his sexuality and identity. With the support of his family and friends, Nassib said he feels comfortable being honest about who he truly is. In the video he further thanked the NFL, his coaches, and his fellow teammates for their outpouring of support. “I would not have been able to do this without them. From the jump, I was greeted with the utmost respect and acceptance,” he wrote.

Nassib went on to say that he has lived a full and and wonderful life thanking the “incredible people who have paved the way” for him to have the opportunity to be an openly gay man. He continued saying, “I am eager to learn and to help continue the fight for equality and acceptance.”

As part of that commitment, Nassib announced that he was partnering with the Trevor Project and donating $100,000 to the organization. With the announcement, he included impassioned gratitude for the work the nonprofit does for people who are not as fortunate as he is.

“I was immediately drawn to The Trevor Project when I learned about their mission to provide suicide prevention services to the LGBT community. Young LGBT kids are over five times more likely than their straight friends to consider suicide. For someone like me, who has been so lucky and cherishes everyday, it brings me incredible sadness to think that our LGBT youth are at such an elevated risk for suicide. I feel an immense responsibility to help in any way I can—and you can too.”

Many people took to Twitter to show their support and encouragement of Nassib after the announcement. The Trevor Project expressed gratitude writing, “Thank you, Carl Nassib, for living your truth and supporting our mission to end LGBTQ youth suicide.”

Hall of Fame quarterback Warren Moon tweeted that he knew other players during his time who were gay, but did not feel comfortable coming out. He wrote, “Really proud of Carl Nassib. The first active football player to ever do so. I played with several guys who never were comfortable enough to go public. They were great teammates, & obviously very talented.”

However, some of the support turned to hate as soon as some found out that Nassib is also a registered Republican. Nassib’s Instagram account also features patriotic photos and pictures of him dressed in American flag attire.

One Twitter user overlooked Nassib’s charitable work and dismissed his coming out due to Nassib’s perceived political leanings. “Just because someone was raised in a conservative family does not mean they get a free pass based on past decisions. Apparently Carl Nassib is a registered republican AND a trump supporter. I don’t care if he’s gay and proud. That administration was evil and he doesn’t get a pass,” the user wrote.

Several other users expressed disappointment, writing “Let me know when there’s an openly gay NFL player that isn’t a republican,” and “That gay nfl player just had to be republican. Can never trust these white gays for shit.”

New York Post writer Kristen Fleming weighed in on the backlash over Nassib’s political party affiliation insinuating that the negative comments were hypocritical. “Yesterday: hooray for Carl Nassib. He is gay. He is brave. Today: F**k that dude. He’s a republican. The demand for purity is one of the most dangerous and bizarre aspects of our era. Diversity is only good as long as it’s skin deep and excludes the intellectual variety,” she wrote.