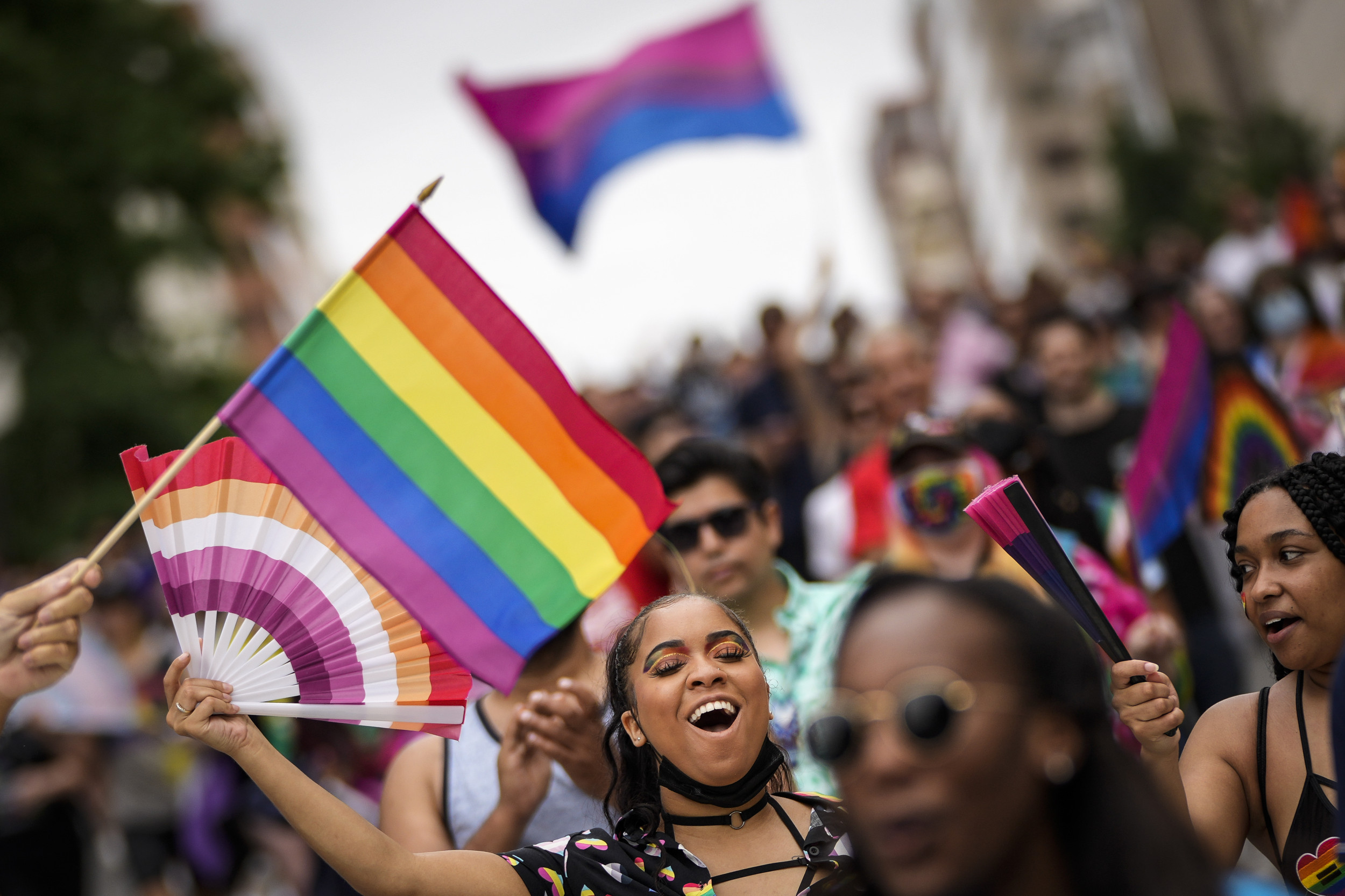 A Pride event in Seattle is openly charging admission based on the race of those attending.

Taking B(l)ack Pride–an event hosted by a partnership of groups called Queer the Land, Trans Women of Color Solidarity Network, and Alphabet Alliance of Color–states on its website the event will be free to “all,” but clarify that the word “all” does not include white participants. Any white person attending will be charged a “reparations fee” in order to offset the cost of non-white participants.

“All are free to attend HOWEVER this is a BLACK AND BROWN QUEER TRANS CENTERED, PRIORITIZED, VALUED, EVENT. White allies and accomplices are welcome to attend but will be charged a $10 to $50 reparations fee that will be used to keep this event free of cost for BLACK AND BROWN Trans and Queer COMMUNITY,” the event organizers explained.

Queer the Land, one of the organizers of the event, has a history of singling out white citizens of Seattle, who are not allowed to join their organization, according to the group. However, white citizens may support the organization, most likely through donations. The group defines membership as: “The general membership level is open to anyone who has grown up, identifies and lives as a queer, trans, & 2spirit Black / indigenous / person of color. Non-QT2BIPOC are welcome to join as Allied Community Supporters.”

Queer the Land is a commune-like organization that allows members, and only its members, to live together. “Queer The Land is a collaborative project grounded in the self-determination of queer, transgender, and Two-Spirit Black/ indigenous/ people of color (QT2BIPOC) and the vision of collectively owning our land and labor,” according to the organization’s biography.

“[W]e’re working to establish a cooperative network anchored by a community center and transitional and semi-permanent housing that meets the needs of working-class QT2BIPOC in the greater Seattle area.”

Similarly, Alphabet Alliance of Color excludes white people from the laundry list of potential members of that organization. “Alphabet Alliance of Color (AAoC) is an organizing alliance of all our letters: two spirit, black, brown, disabled, femme, gender non-conforming, indigenous, pasifika, queer, trans, people of color who are healers, caretakers, dreamers, organizers, and community leaders,” the group details on its website.

Newsweek reports that Capitol Hill Pride, another LGBT Pride organization in Seattle, questioned the legality of charging based on one’s skin color, citing “reverse racism.” The Seattle Human Rights Commission looked into the claim and ultimately dismissed it.

“Black trans and queer peoples are among the most marginalized and persecuted peoples with the LGBTQIA2S+ community. They often face shame not only from the cis-heteronormative community, but within the queer community at large as well. In making the event free for the Black Queer community, the organizers of this event are extending a courtesy so rarely extended; by providing a free and safe space to express joy, share story, and be in community,” the commission responded, according The Post Millenial.

Capitol Hill Pride is hosting an event that coincides with Take B(l)ack Pride, highlighting that their event is free for everyone despite skin color.

“We stand proud in the fact we will never charge admission or ask for donations based on anyone’s skin color,” the organization wrote on its website. Capitol Hill Pride, however, isn’t as inclusive as they may let on. The group has banned police officers from attending their event, joining a trend that has swept Pride celebrations across the country this year.

NFL player Carl Nassib comes out as gay, gets attacked by lefties