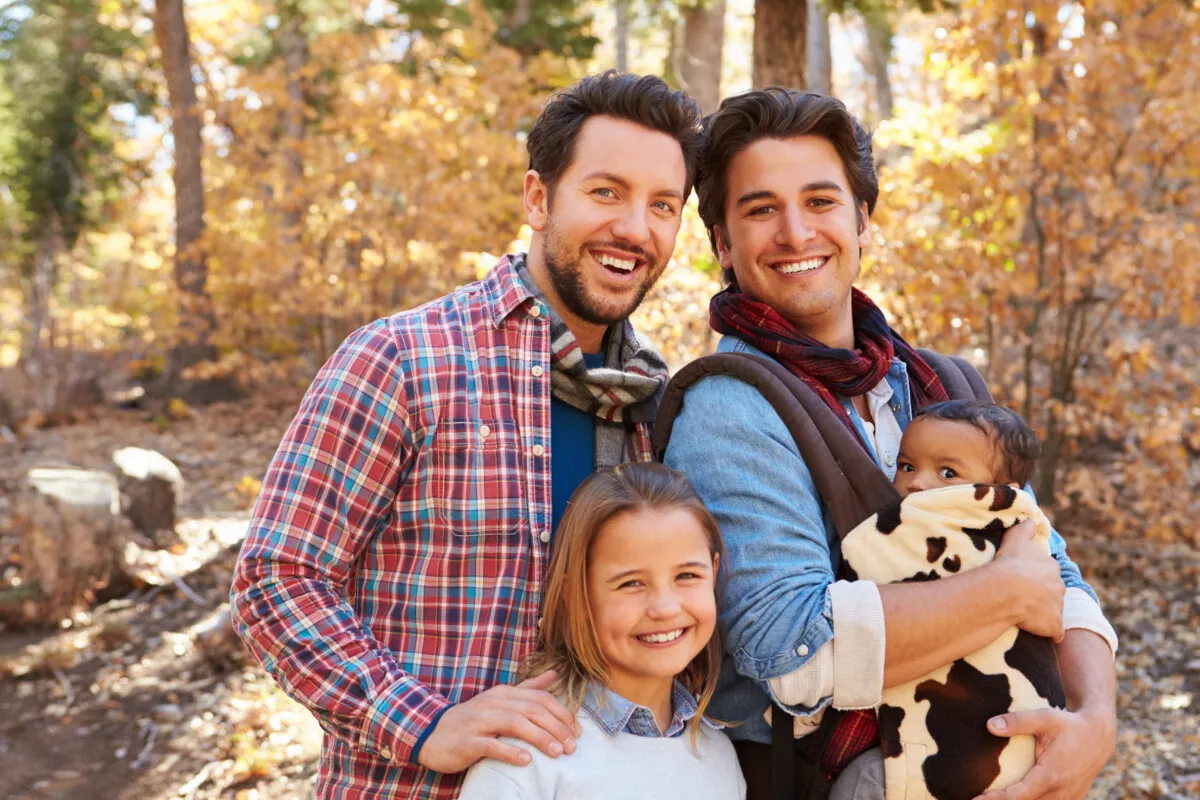 Aversion therapy is nothing new.

Back in the first century, Roman philosopher Pliny the Elder tried to heal alcoholism by putting spiders in addicts’ drinking glasses.

This, he hoped, would be so revolting that liquor would lose its appeal.

These days, however, we don’t need to rely on medical professionals or ancient figures to find examples of this. We can also refer to liberals.

The only difference is that, while doctors might use emetics, progressives prefer peer pressure to get the outcome they want.

We famously saw it in 2020 when Joe Biden said Donald Trump’s African-American voters were race traitors, declaring: “If you have a problem figuring out whether you’re for me or Trump, then you ain’t black.”

It was a rare and honest insight into the liberal mindset; they truly believe a person cannot be authentically black, Latino, Asian, working class or female unless they support their liberal agenda.

The same goes for being gay.

For most liberals, the LGBT community simply must be progressive, otherwise they’re guilty of apostasy. And, just like devout Muslims with Islam, progressives don’t take too kindly to that.

Back in 2016, the Advocate practically banished Peter Thiel from existence for being conservative, stating in a headline: “Thiel Shows Us There’s a Difference Between Gay Sex and Gay.”

The following year, in 2017, journalist Skylar Baker-Jordan suggested the LGBTQ community should sever all ties with gay conservatives. “[They] aren’t welcome in gay spaces because the people they support are an existential threat to our rights and our community,” he opined.

Shortly afterwards, Out magazine encouraged its readers to “drop” right-of-center friends, suggesting they cannot be trusted.

Sadly, this message has not receded in the intervening years.

In fact, earlier this week, it re-appeared on Salon.com when author Christopher Conner, an assistant teaching professor of sociology at the University of Missouri, claimed gay conservatives are increasingly far-right, racist, sexist, and transphobic.

“LGBT+ culture has tendencies which provide fertile ground for far-right ideologies to take hold,” he asserted, alleging extremism is on the rise via the “adoption of authoritarian positions which marginalize those at the bottom of the LGBT+ world.”

The proof of all this ‘far-right’ radicalization? Apparently, TV presenter Dave Rubin, the hashtag #GaysForTrump, the existence of Log Cabin Republicans, and the presence of traditional beauty standards on the dating scene.

Connor even suggests toxic masculinity among gay men –specifically, their “hyper-individualism”–has stymied the response to monkeypox.

“If the LGBT+ community is to survive and thrive, perhaps we need to reconsider the places, spaces, and rhetoric our community draws upon,” he continues. “COVID has given us a remarkable opportunity to reimagine what community looks like and to unravel the root causes of so many problems the LGBT+ community has grappled with for decades.”

Except there’s just one problem with all this woke guff: the evidence doesn’t back it up.

When I contacted Mr. Connor to substantiate his ‘ethnographic examinations’ on gay conservatives, he was unwilling (or unable) to define what exactly he means by the term “far right.” He then failed to pinpoint the precise moment a person goes from being a mere gay Republican to a member of the ‘far-right’ (presumably, they’re almost the same thing to most progressives).

Connor also claims his findings are corroborated by other academic researchers in the field, and links to a research paper by a gender and women’s studies graduate (!) called Jeffrey W. Lockhart.

Hilariously, the paper, entitled “The Gay Right: A Framework for Understanding Right Wing LGBT Organizations,” eventually debunks its own premise. When discussing so-called ‘gays as extreme,’ Lockhart concludes: “I was unable to find any formal political organizations operating on those principles or espousing that rhetoric…people do not seem to form organizations around these beliefs.”

Later, when I press Connor on his claim that Rubin is bigoted, he says he “persistently attacks Lia Thomas and other trans folks, while also supporting those who have argued gay marriage and adoption shouldn’t be allowed.”

Really? This is perplexing. Rubin is married to a man – and the pair are about to become fathers to twins via a surrogate.

Likewise, when I point out that Trump was the first President in American history to enter the White House supporting gay marriage (something Hillary Clinton long opposed), I suggest this too undermines the claim gays have adopted “authoritarian positions.”

“Both parties use the LGBT+ community as pawns to advance their own political careers,” Connor tells me. And, on this, we finally agree.

But it’s still not evidence of far-right extremism in the gay community.

Eventually, when I ask him to clarify gay men’s supposed “hyper-individualism” and how it has “proved so harmful to limiting the spread of diseases like HIV/AIDS and COVID-19,” Connor shuts down altogether.

“I’m not interested in participating in your article, as your [sic] asking me to talk on issues outside the scope of my work,” he says.

See, contrary to what liberals claim, there is no real ‘far-right’ in the gay community. Certainly, nothing that’s remotely significant. And, even if there was, it’d be dwarfed by the number of far-left LGBT people who endorse the violent, criminal actions of Antifa.

Flipping this is simply the left’s way of manufacturing a negative reflex to the reality of gay conservatives – another inconvenient group who, like black Trump voters, they can no longer control.