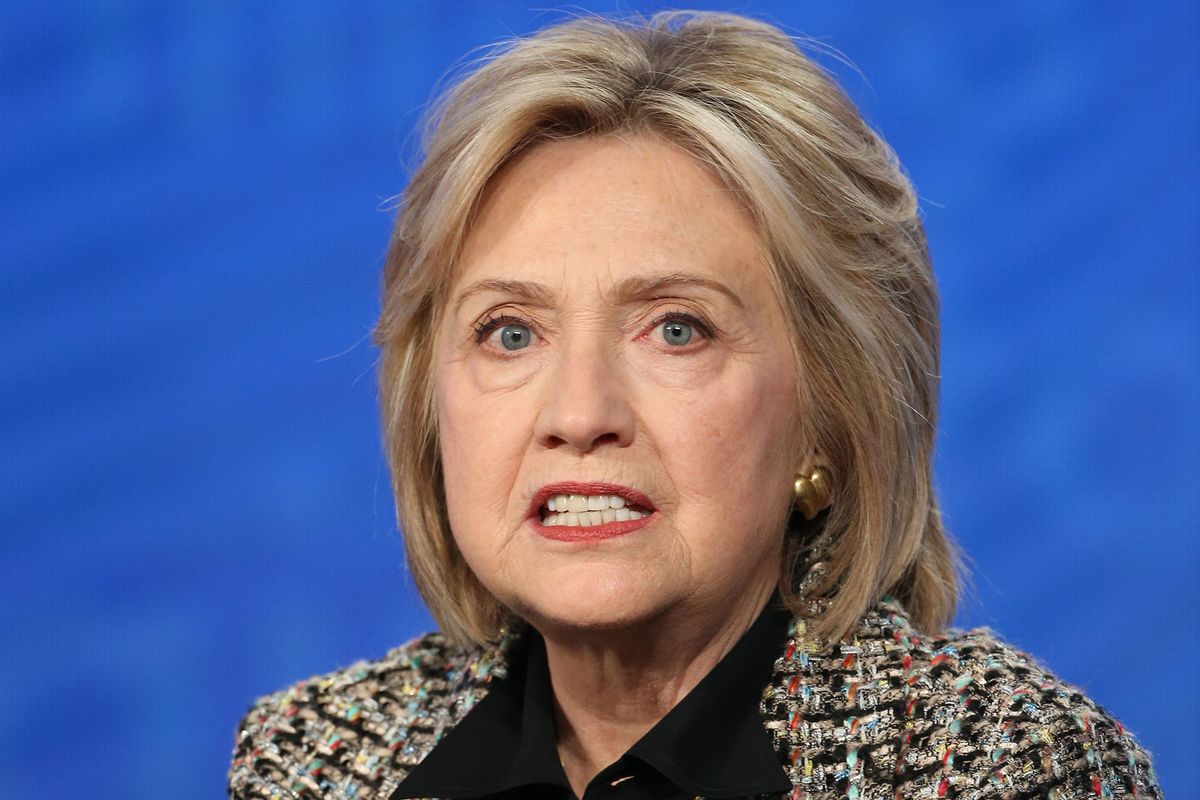 I love bowling. I mark most special occasions by knocking down ten pins with friends, be it birthdays, holidays, leavings or greetings. No activity quite compares. Perhaps it’s the physical component, which takes you out of your head; or maybe it’s the inherent silliness of it, competitive enough to be engaging but not so much that anyone takes it that seriously; or it could just be an animalistic pleasure in throwing heavy rocks at other things. Whatever the reason, it’s a deeply authentic social activity.

Gutsy is a profoundly mediocre, unremarkable show. Hosted by Hillary and Chelsea Clinton, made by Apple TV+, and based on their 2019 The Book of Gutsy Women (no, I hadn’t heard of it either), it has them traveling around the world, talking to (and about) notable ‘gutsy’ women. Except Margaret Thatcher, or any woman activist whose work doesn’t neatly align with her political agenda; but regardless. The one notable thing – which I can’t get out of my head – are the two scenes where they go bowling.

In the first episode, “Gutsy Women Have The Last Laugh,” the two Clintons bowl with Wanda Sykes. Hillary is shown rolling the ball at the start of the aisle, and then the camera roughly cuts away to shots of other people, and then back to a ball hitting the pins. Apparently, she hit a nine. At the end of episode four, “Gutsy Women Are Rebel Hearts,” they once again go bowling, this time with a group of widows. Hillary once again goes to bowl. Once again, she is shown rolling it down the aisle; once again, the camera cuts away to other people; and once again, it returns to a shot of the ball hitting the pins. Apparently, she hit an eight this time.

This one moment highlights a fundamental flaw with the show; a series built around charisma (of hosts and their interaction with guests) requires that the hosts are likable and believable. And Hillary Clinton is the most comprehensively inauthentic, dishonest person you can think of. Did they manipulatively edit this to make it look like she was OK at bowling? I don’t know; it seems like such a small, stupid thing to be dishonest about. But, then again, she used to claim that she was named after Sir Edmund Hillary which – as Christopher Hitchens famously pointed out – seems implausible given he only climbed Everest three years after she was born. Before then, she was presumably just referred to as “She Who Must Not Be Named.”

The first episode – about women in comedy – opens with the Clintons walking around glamourous Paris, shot with the most cliched look image, paired with the most generic ‘French background music’ an audio library could provide. They’re here to talk about comedy, and open by saying how much they used to love telling each other knock-knock jokes. It’s totally believable, and completely anodyne, so you instantly dismiss it as filler because of how inauthentic they are. This happens throughout the show; whether it’s Hillary feigning to be impressed or moved by the women she talks to (“Wow!”, “A-bso-lutely!”, “Yes!”), or laughing at the terrible jokes she tells her daughter, or putting on a faux Southern accent when she’s in Virginia, there’s nothing real here. Chelsea doesn’t have that same backage of inauthenticity, but she has no real presence, and – let’s be blunt – nobody is watching this for her.

I mean, nobody other than me is watching this show anyway, but theoretically it’s Hillary Clinton who pulls in the viewers.

This first episode, “Gutsy Women Have the Last Laugh” is about women in comedy; and as the writer of the funniest tweet of all time (“Happy birthday to this future president”), Hillary is in a good position to talk about it. The episode is focused on their conversation with a group of working female comics at Caroline’s Comedy Club, who use their material to talk about the prejudices against them and how comedy can be used to change the world and make it better and such. How revolutionary. How brave.

One talks about the “innovation” and “bravery” in her anti-Trump jokes. Another criticizes the comedy of Eddie Murphy – one of the greatest stand-ups of all time – for just being “all slurs and misogyny,” and says comedy needs to change things, to “help.” Wow. How revolutionary. Truly, the genius comic legend behind Delirious and Raw needs to be told how to do stand-up comedy right by somebody I can’t remember the name of. Maybe these women are genuinely brilliant comics but, if they are, the editor of the episode was dedicated to undermining them, as their on-stage material was just as unimpressive as their commentary.

Proving that you needn’t be funny to be a successful comedian, the Clintons also speak with Amy Schumer in a tea room. Hillary Clinton asks for a cup of a tea she hadn’t tried before, which turns to out to be chai (how exotic!) whereas Chelsea Clinton has coffee (in a high-end teahouse…). That should tell you everything you need to know about their taste and personality. The whole segment is about how “brave” Amy Schumer is for discussing the functioning of women’s bodies on stage. Ever the wordsmith, she remarks “I, also, on stage, bring my ovaries with me, when I perform.” But nobody denies that. Nobody says a woman should act like a man on stage, or not mention the realities of being a woman in their humor. Schumer’s issue is quite the opposite; unless she’s stealing them, she’s incapable of telling a joke that isn’t about her vagina. The Clintons then go to a French clowning school where you see Chelsea Clinton cup another woman’s breasts and Hillary Clinton wear a clowns nose. I will be billing Outspoken for my therapy sessions.

The following episodes follow the same mould talking to ‘inspirational’ women in various categories, with nothing of insight or entertainment offered, and quite a few surreal moments that induce the feeling of a bad acid trip. In episode two, you have Hillary Clinton talking with Megan Thee Stallion about WAP, and it’s somehow even worse than when Ben Shapiro mentioned it, and then she talks with trans YouTuber Contrapoints about the problems with cancel culture. There also is a “Hate Lunch,” “where gutsy women eat hate for lunch”. There’s also a very broad definition of what “gutsy” and “bravery” is. In one episode, they talk with a woman who survived being shot ten times by her abusive fiancé, whilst she was pregnant, only to rebound and start a self-defense school. They pair that with a montage of political micro-celebrities reading mean tweets, as examples of “women standing up to hate.”

All of this is profoundly mediocre, and occasionally painfully cringe-inducing, but not unusual. It’s just very day-time, playing in the background, TV. Hillary is no better at asking questions than she is answering them, but there aren’t that many good TV interviewers, nor are such presenters shining rays of personality and authenticity. But there are situations where her distinction from the average TV presenter becomes pronounced; namely, when dealing with political issues.

In “Gutsy Women Seek Justice,” she talks with a clemency advocate – a wonderful woman serving a just cause – and an appropriate person for any other host to talk with on a show about “gutsy women.” Why don’t politicians do something about this?, the host can lament, and we would share their powerless frustration (maybe). But this host is Hillary Clinton. The gall to do this segment without any acknowledgement – let alone repentance! – that it was her husband’s “Three Strikes Bill” and her racist “super-predator” paranoia rhetoric that put these people away for far too long is astonishing. When it hits the fourth episode – on love and marriage – and they talk about the sexual abuse of vulnerable women, or how The Defense of Marriage Act hurt gay couples, you want to scream at the television. Wow, the Defense of Marriage Act really was terrible; I wonder who signed that into law? If only we could hold those people to account! And workplace sexual harassment? Tut tut, unacceptable, we must do better. Though she talks about how she met her husband in college, and eventually got married to him, there is no mention of his sexual/moral improprieties, let alone even mentioning his name. In the entire show, the words “Bill Clinton” are never used.

In that same episode, she talks with a survivor of forced, childhood marriage, applauding her efforts to have this repulsive practice banned,  and lament that the political system has done so little. Again, that would be fine for a normal host to express, but this is Hillary Clinton; former First Lady, former Secretary of State, former Senator, former presidential candidate, and constant political heavyweight. Why won’t the political system do something about these issues? Shouldn’t I be asking you that?! The same occurs in the episode where they discuss climate change with a youth activist and Native American rights with a L.A.-based model. Both paint a pitch black picture of the planet – that our world is filled with evil, on the verge of doom – with the implicit message being ‘we need to act now’! But they’re talking to a multi-millionaire elite political dynasty who live exactly how they please, without any concern for other people, I don’t see the Clintons scrambling to do much other than increase their media presence, and bank balance.

At the end, it’s hard to understand why – why?! – Apple made this show. I understand why Hillary did it – the only thing she loves more than influence is money, and I’m sure Apple gave her a lot of it. But why did they think anyone would watch this? Much like Hillary, I’m only doing it because I’m paid to. And I still regret it.