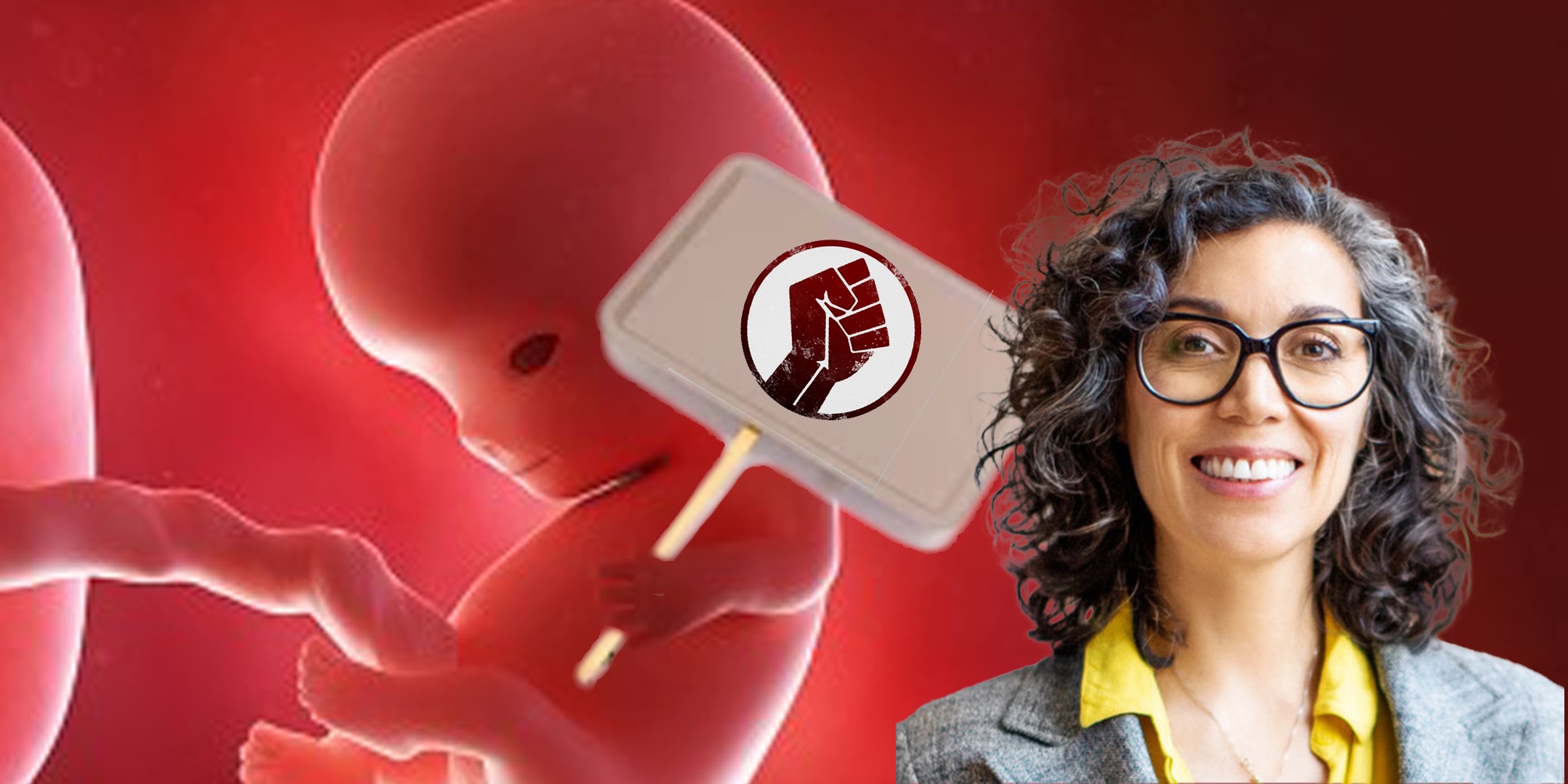 There are many misconceptions about fetal development among the general populous. On one end of the spectrum a militant, Lila Rose-worshipping crowd preaches that a zygote is a fully formed human, capable of speech and rational thought. On the other end a vulnerable group of women and trans men, seized by desperation and fear at the prospect of losing their basic human rights, mistakenly characterize the fetus as a clump of cells with no defining features or senses.

While I stand firmly in the pro-science, pro-human, pro-choice arena, I propose a third perspective of the organism: while it is certainly not a human being (as evidenced by the fact that it is located within another human’s body), a fetus is not merely a lump of senseless tissue. Rather, a fetus is a complex pre-human sponge, capable of absorbing both tolerant and intolerant energies from the host body and the surrounding environment.

If exposed to enough tolerance and diversity during fetalhood, the creature will be more inclined to live a lifestyle of antiracism and tolerance after it becomes a human. I cover this topic in greater depth in my award-winning bestselling book Antiracist Fetus: A Uterus Havers Guide to a TEP (Tolerant Energy Pregnancy). In that book, I focus on how to maximize exposure to tolerant energies in three areas: personal antiracism, social environment, and entertainment, as well as how to reduce the impact of exposure to bigotry on a fetus when such incidents occur.

Among the factors that influence the levels of tolerant and intolerant energies a Pregnant White Person (PWP) passes to a fetus, the first and foremost contributing factor is the PWP’s personal commitment to antiracism and tolerance. I cannot overstate the importance of a PWP surrounding him/her/them/zhim/zhir/xir/cir/pony/etc. self with allies and diverse and inclusive entertainment. If a PWP wishes to prepare a fetus for doing the work of an ally, they must first be certain themselves are fully committed to antiracism. This means not only becoming antiracist, but pushing further into a lifestyle of anti-anti-antiracism to aid in the fight against the enemies of antiracism.

For the PWP who wishes to become an antiracist, here are some things you should begin to do:

As you begin your antiracist journey, bear in mind that becoming an antiracist or anti-anti-antiracist is a lifestyle. It is a sacrifice. And it is the only way to atone for your white guilt.

Now that you have committed to doing the work of an ally, it is necessary to surround yourself with likeminded allies to keep you accountable and to ensure your fetus is exposed to tolerant energies. For the average PWP living in our racist, patriarchal, white supremacist nation, it can be difficult to find acquaintances who do not hold bigoted views. In fact, after the release of Antiracist Fetus, I received thousands of emails from distraught, impregnated uterus havers who were desperate to find non-bigoted individuals with whom they could safely socialize during their pregnancies without fear of exposing the fetal tissue to intolerant energies. In an attempt to meet the needs of these concerned birthers-to-be, I am currently working with developers to create an app called UterUS which will help pregnant people connect with Tolerant Energy Pregnancy Allies (TEPA) in their area.

Until that app is released, if you are pregnant and unable to find other tolerant individuals in your community, it is safer to cut contact with all other people to avoid negative impacts on the energy surrounding yourself and the fetus.

Another aspect of raising an antiracist fetus is choosing correct entertainment. Entertainment is an integral part of our culture and thus it is crucial that a pregnant person surround themselves with Tolerant Energy Entertainment (TEE) to prepare the fetus for a lifestyle of antiracism and tolerance. This can be achieved through listening to sex positive music by POC artists such as Cardi B and Lil Nas X, limiting film and television consumption to programing in which POC and the LGBTQIIAAPPK2+ community are well-represented and the antagonists are primarily white cishet conservative men.

I also highly recommend that pregnant folx attend Black drag shows as often as possible (at minimum, six drag shows over the course of a pregnancy) and attend Drag Queen Story Hours at a local library. These are just a few of the many forms of diverse and inclusive entertainment an impregnated individual can enjoy while creating a more tolerant uterine environment.

Despite the best efforts of the pregnant person, it is likely the fetus may be exposed to bigotry during the course of the pregnancy. This may come in many forms. Perhaps it is a white co-worker who compliments a POC on their hair, a cishet man on the subway who whistles at a female-presenting person in a short skirt, or a television in an airport airing a Fox News interview with notorious transphobe Matt Walsh. This happened to a close friend of mine when zhe was pregnant; zhe had a panic attack and frantically called me for advice. These violent scenarios are certainly cause for concern, but there are ways to counteract them and create a more equitable outcome.

I have found the best response to intolerance is greater intolerance. As a Woman of Color, when a white cishet man compliments my hair, I tell him he is an uneducated bigot who has been brainwashed by patriarchal systems of white oppression. If Fox News is streaming on an airport television, I might begin screaming “Black Lives Matter !”or “My Body, My Choice!” as loudly as possible until staff changes the channel or security removes me by force. There are many creative and effective ways to shut down and shame bigots. It is simply a matter of finding the right strategy and summoning the strength of an ally to boldly and fearlessly take the necessary actions. By doing so, you will contribute greatly to the level of tolerant energy in the atmosphere and create a safer environment for the fetus.

Raising an antiracist fetus is not a simple endeavor and a perfect outcome is not guaranteed. If you are not willing to do everything in your power to create a tolerant antiracist environment for the fetus–even if this means cutting contact with friends and family–you are complicit in white supremacy and the blood of POC is on your hands. So please educate yourself and do the work of an ally to avoid contributing further to this violent, misogynistic, racist, patriarchal wasteland in which we now live.