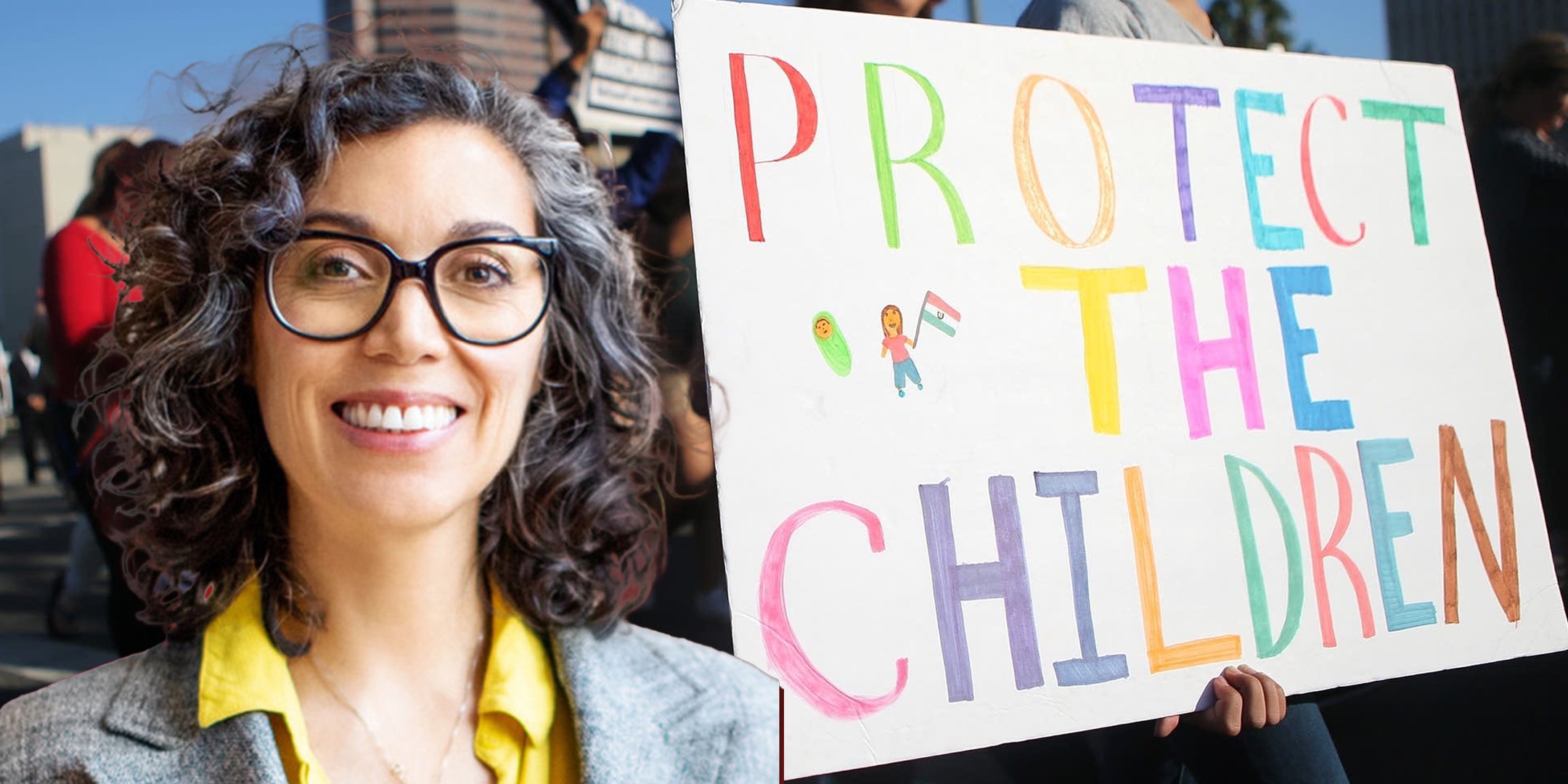 I stare back at my reflection, reeling from the day’s events. My hazel eyes are bright and wild with shock. My face is so pale, I could nearly be mistaken for a white woman. It is not that I have never been the recipient of a verbal assault. Quite the contrary. As a multi-intersectionally oppressed, neurodivergent, semitrans lesbian who dates men, I have been subject to unimaginable forms of harassment. I have been cat-called, misgendered, and experienced every sort of racist microagression. Strangers have physically assaulted me on public transportation, reaching out to touch my naturally curly hair (inherited from my Black great grandfather Charley).  But nothing in my vast experience of racial and multiphobic persecution had prepared me for the horror of the day I was called the ‘G’ word.

It is an anti-LGBTQIIAAPPKS2+ slur which makes all others pale in comparison. The word has been used by the likes of Steven Crowder, Matt Walsh, and a slew of other oppression-thirsty LGBTQphobic hate-mongers. It is the right’s new pet term for anyone in the LGBTQQIIAAPPKS2+ community who cares about the safety and healthy sexual development of children. I had seen the word trend on social media and read it in news headlines. But I was unaware of how deeply traumatizing the label could be, nor to what extent these rabid MAGA-supporting alt right zealots had adopted it, until I tweeted my support of an innocent video of a child learning to pole dance at a family-friendly Pride event. Little did I know the hornet’s nest of hateful bigots I had unintentionally awakened, or that I was about to experience firsthand the violent and paralyzing impact of the right’s favorite new dog whistle.

I feel sick inside. Angry. Devastated. Intersectionally attacked. I reflect upon the word as I turn away from my own reflection in the glass. Thoughts swirl through my head as I contemplate the violent response from right-wing pundits, parents, and outraged activists. This extreme reaction from the right must have a cause. But what? And then, the answer comes to me. There are a number of factors influencing this response, and each one is rooted in the Patriarchy.

The right promotes the archaic and oppressive notion of the nuclear family because this structure allows the Patriarchy to control birthing persons, treat children as subordinates, and generally keep citizens independent from the State. Any deviance from this order is labeled a violation of nature and punished severely.

The right clings to the belief that children are nonsexual. They fear the sexuality of children because they understand that sexual expression is liberating. Keeping children “innocent” (read: sexually repressed) is the easiest way to control them and maintain an oppressive, Patriarchal family structure.

White cishet Jims and their counterpart Karens, who account for 99% of the middle class right wing and draw their strength from Patriarchal power structures, are deeply insecure about their identities. Much of this is due to their complicity in the systems of power and oppression which have caused incalculable racial, sexual, and intersectional harm to vulnerable folx for centuries. But I begin to realize there is another factor at play. I believe there is an innate jealousy that Jims and Karens have toward people who’s cultures are more colorful and expressive than their own. And the greater the level of intersectionality, the more deeply these uptight Patriarchy-upholders envy their less sexually and culturally repressed neighbors. This is why right-wing bigots particularly despise folx like Polyamorous Undocumented Mexican Drug Distributors (PUMDD), Fat Neurodivergent Gay Asian Sex Workers of Color (FNGASWOC), and Indigenous Home-Free Little People with HIV (IHFLPWHIV). White conservatives do not want diverse and sexually expressive people influencing their children because they simply cannot tolerate any culture which does not actively affirm and celebrate their drab, restrictive, traditional, “stable family” lifestyle.

As profound thoughts continue to fill my mind, as I fully realize that these bigoted attacks on my person and my character are rooted in nothing more than ignorance, hunger for power, and jealousy, I glance back into the mirror. This time, instead of trauma and fear, I see confidence. My eyes are calm. My color is back. I smile broadly. I am strong. I am a leader. I am an influencer.

If that’s the case, it’s time we reclaim the word. Every educator should be a proud groomer.