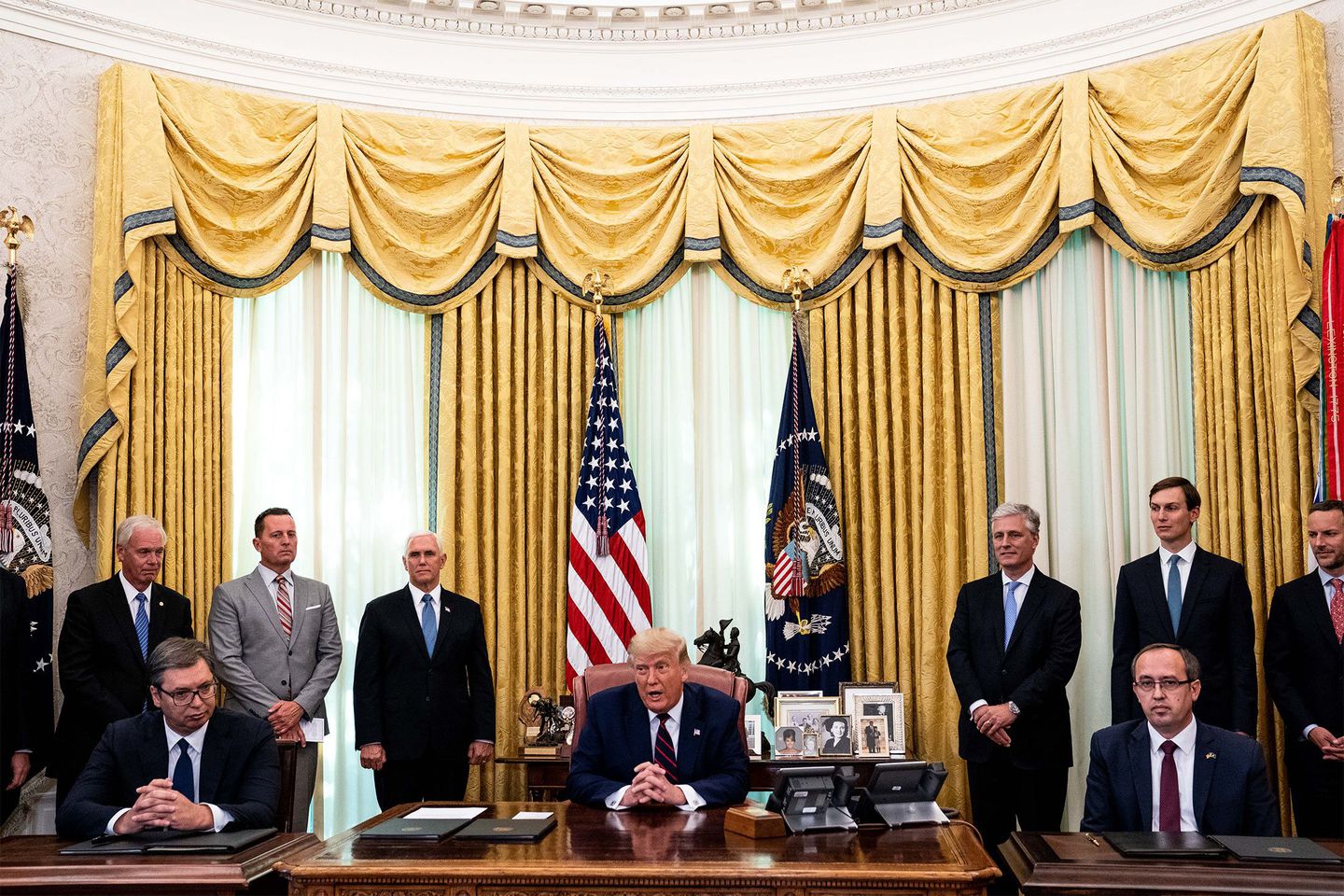 A year after the Trump administration helped broker an historic agreement between rival nations Kosovo and Serbia the terms of the agreement are set to expire, and the Biden administration is content to let it happen.

Kosovo and Serbia have been at political odds for decades in a conflict that became violent in 1998-1999 leading to the deaths of thousands of people. In 2008 Kosovo, a former Serbian province, declared its independence from Serbia, with the Serbian government refusing to accept the terms.

On Sept. 4, 2020, the Trump White House brought together the two feuding Balkan nations in an economic agreement in which both countries would profit. The agreement began the process of building roads and infrastructure between the nations in hopes of getting the economic channels opened. Another aspect of the agreement was a year-long freeze on campaigns advocating for and against normalizing political ties. The two countries had been working on diplomacy for years with the help of the European Union to absolutely no avail.

Richard Grenell, former ambassador to Germany and former Acting Director of National Intelligence under the Trump administration, served as a special envoy to the historic negotiations. Grenell wrote an op-ed in the Federalist in which he explained the rationale behind the way the Trump administration chose to tackle this issue. Their hope was to establish a symbiotic economic relationship that would then lead to better diplomatic and political relations once the countries saw that they could benefit from one another.

“The Trump Administration believed that Kosovar and Serbian steps toward economic normalization would dilute the power and importance of the dispute’s hot-button and emotional political matters and were prerequisites for a permanent resolution of political disputes. And President Trump’s vision was working. Through hard-fought negotiations, the parties had agreed to construct a roadway and railway link, as well as establish a direct flight between their respective capitals, Belgrade and Pristina,” Grenell wrote.

Unfortunately, part of the agreement expired on Sept. 4, 2021, and the Biden administration does not seem bothered by that. Biden’s White House instead has left the work up to the European Union which has been unable to make any significant advancements. The EU continuously tries to solve the issue from the diplomatic, rather than economic, angle.

“President Joe Biden continues to ignore Kosovo, Albania, Serbia, and the entire region and has decided he just doesn’t want to get involved,” Grenell says. He continues claiming that there is “a total acquiescence by Biden to the European Union (EU) process in Brussels, Belgium. The EU is in charge of Balkan redevelopment strategies and normalization talks now.  And as we have seen from the pace of EU ascension discussions, the people of the Balkan region won’t have help anytime soon.”

In June, Kosovo and Serbia met in Belgium with EU officials in hopes of making more negotiations. In a report about the meeting, the Associated Press acknowledged that this tactic has yielded little results over the years. The outlet makes the slightest admission that the Trump administration helped the countries’ relations, but the report does not name the former president. “The meeting in Brussels between Serbia’s President Aleksandar Vucic and Kosovo’s new Prime Minister Albin Kurti appeared to produce little progress in the negotiations that first started in 2011 and have been stalled since last year,” AP reported.

The June meeting seemed to focus again on political issues instead of the promising economic relationship that the Trump administration initiated. Reportedly, Serbian President Vucic said Kosovo “wanted to hear when we will recognize independent Kosovo … and I said never.”

According to Grenell, former President Trump is still hopeful that the nations will adhere to the plans they started. “President Trump still believes that each side should continue implementing the 2020 Economic Normalization Agreement despite the absence of Biden’s leadership,” he wrote. Grenell then continued, “The previous pledges to protect and promote freedom of religion, including renewed interfaith communication, protection of religious sites, and continued restitution of Holocaust-era heirless and unclaimed Jewish property are worthy of implementation even if the Biden Administration isn’t paying attention.”