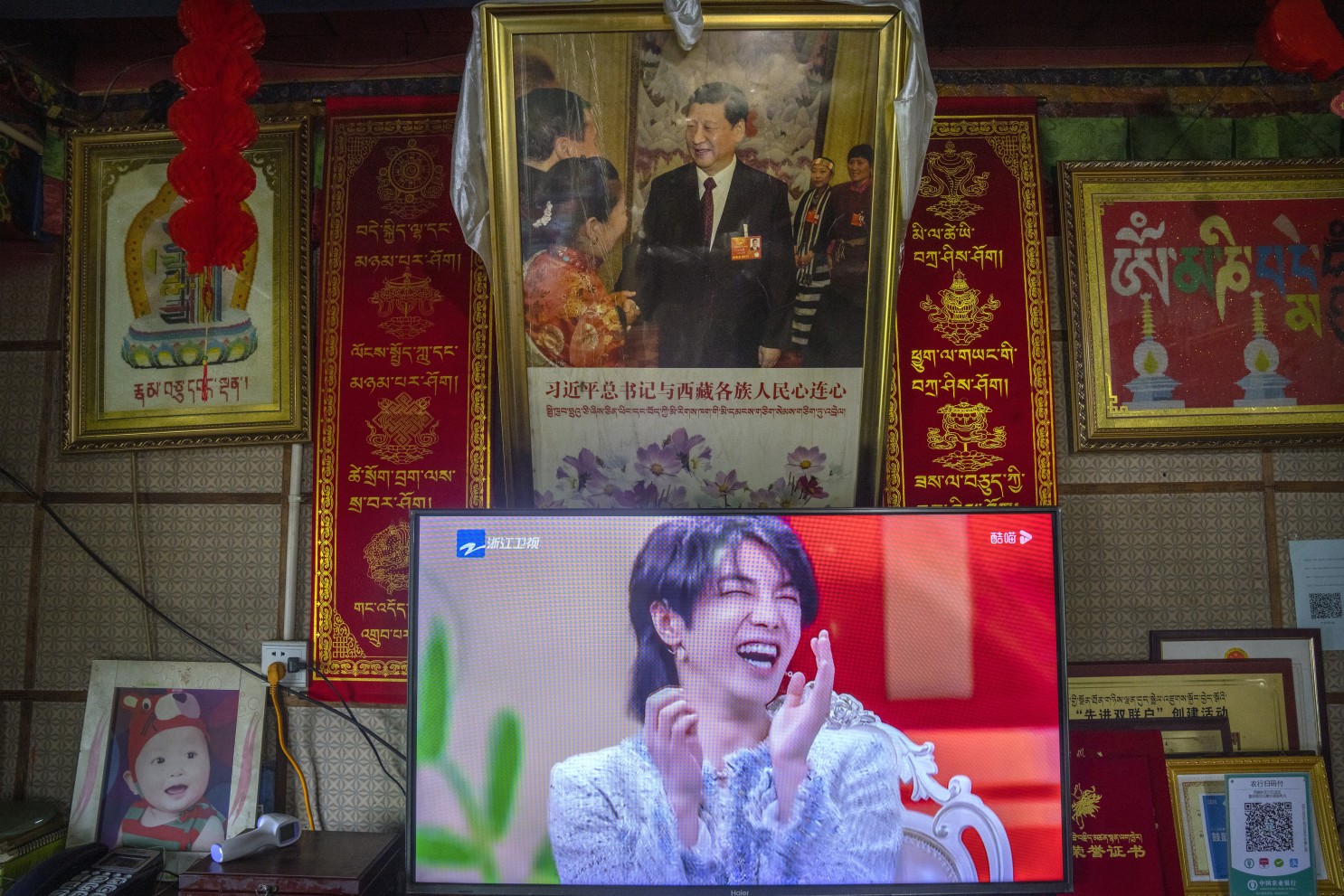 The Chinese Communist Party has banned men they deem to be too “effeminate” from appearing on state run television.

The decision comes as China’s government seeks to gain a tighter grasp on the culture and to promote a sense of Chinese nationalism. President Xi Jinping has called the campaign a “national rejuvenation” which aims to encourage a vision of a stronger and more powerful China by implementing stronger regulations on all aspects of life, such as business, education, culture, and religion.

With regards to men on television, broadcasters were told they must “resolutely put an end to sissy men and other abnormal esthetics.” The government also used a derogatory and pejorative slang term for these men which translates directly as “girlie guns.”

As Korean and Japanese pop stars sweep the world in popularity, the more soft and feminine aspects of these artists are things the Chinese government wants to push people away from. The CCP’s issue is not just with singers. They are trying to discourage any idolization of celebrities or anyone wealthy, what the government has called “vulgar internet celebrities.” Instead, broadcasters are being asked to “vigorously promote excellent Chinese traditional culture, revolutionary culture and advanced socialist culture.”

These edicts seem only to apply to state run television. However, the Chinese government is also trying to gain more control over other media companies whose products are in the country as well. USA Today reports that the government is tightening its grasp on internet industries by launching “anti-monopoly, data security, and other enforcement actions” targeting social media provider Tencent Holding and e-commerce giant Alibaba Group.

Undoubtedly part of the same campaign, it was reported earlier this week that the Chinese government is also cracking down on the amount of online gaming children will be allowed to do. Under the new regulations, young gamers under the age of 18 will only be allowed one hour of game play on Fridays, the weekend, and holidays. Furthermore, that one hour they are allowed to play is restricted to 8:00 to 9:00 p.m.

The CCP claims to have found out that children were skirting some of the regulations already put in place by using online IDs of adults. The government is now requiring internet gaming companies to implement stricter identification procedures to crack down on this.

These new rules are under the guise of promoting a healthier lifestyle for children. The government claims to be seeking ways to “effectively protect the physical and mental health of minors.” Gaming companies were also encouraged to “always prioritize the social good and actively respond to societal concerns.”

As taking away freedoms little by little seems historically to be the communist modus operandi, some believe this is just the beginning of the regulations. “It wouldn’t surprise me if there were further regulations in the months to come to protect minors from other harmful activities on the internet,”  a US-based China tech analyst, Rui Ma, said.

According to the Guardian, young gamers in China have made the industry a booming success in the country in the past. These new rules and regulations will assuredly have a negative effect on the Chinese gaming companies, as some investors might pull back.

The gaming company Tencent has reportedly claimed that only a small portion of its online gaming revenue comes from minors. However, it is unclear if the company’s revenue numbers reflect the fact that many Chinese minors have been using adult IDs to play their games, as mentioned previously.

Proposed law in Ghana will imprison LGBT activists for 10 years