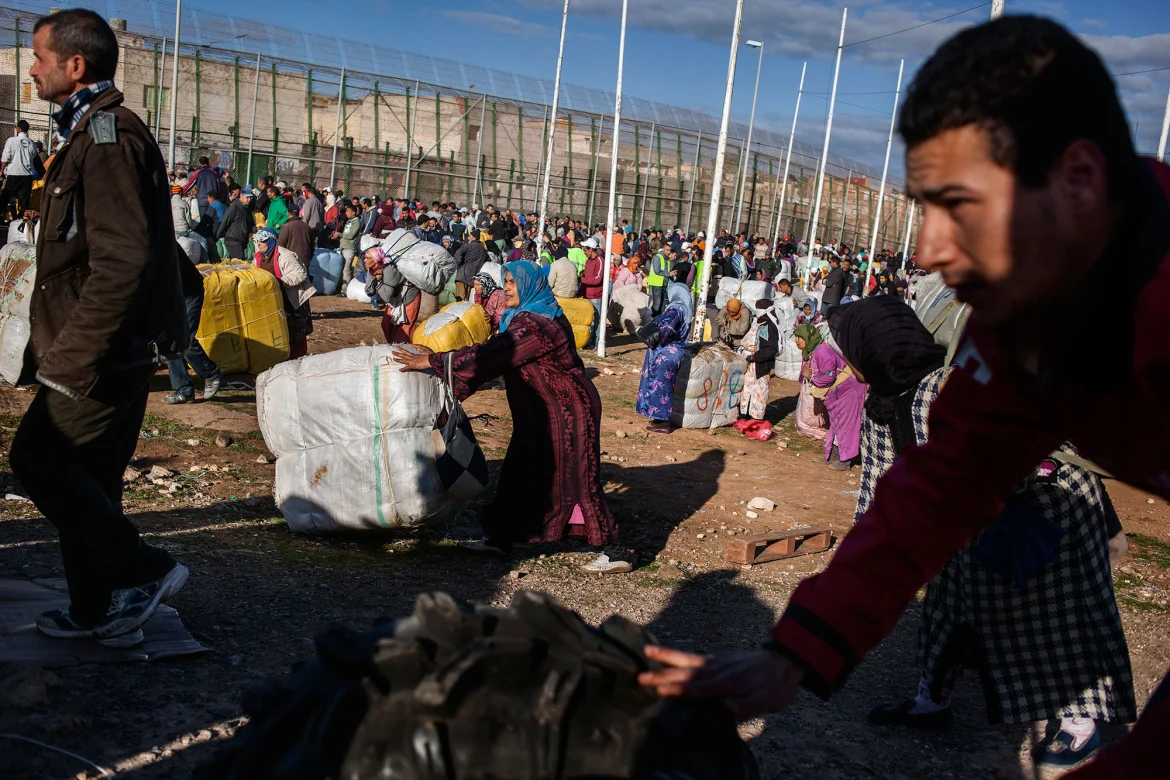 A gay Moroccan migrant claims to have been beaten and verbally attacked with homophobic slurs in the city on Melilla, a Spanish-controlled territory on the northern coast of Africa.

The alleged attack took place in late August in the Plaza Torres Quevedo. The young gay Moroccan man was sitting on a bench when he says another man approached him yelling and harassing him. The Moroccan man claims his aggressor shouted that he was in “Muslim territory” and hurled homophobic slurs at him.

“God is going to burn you, f-ggot,” and “Son of a bitch, you have been given too many rights here, f-ggot: this territory is Muslim,” are two of the derisive comments the attacker hurled, according to the original report in La Nueva España.

The man also claims he was told he deserved death and would burn in Hell before he called the local police. Before the authorities arrived, the victim says his assaulter grabbed him by the shirt collar and began to beat and punch him. The attacker then fled the scene before police arrived.

The man was treated in the hospital for injuries to his jaw and his knee. His attacker reportedly then tracked him down at the emergency room to threaten him some more, according to the Association of Gays and Lesbians of Melilla (Amlega)

Melilla and its sister city Ceuta are autonomous cities located on the northern coast of Africa sharing a border with Morocco. The cities technically belong to Spain, but Melilla specifically has been a contested area for some time. Both cities are protected by fences fortified with barbed wire, video cameras, and watchtowers as the cities are seen as an entrance into the European Union that many Africans are clamoring to gain access to.

Back in July, 230 African migrants were able to breach the fence in Melilla and enter into the city. They were reportedly shouting the words “victory” and “asylum.” Three Spanish police officers as well as 18 of the migrants were injured during the ordeal.

Tens of thousands of African migrants are reportedly waiting to gain access to Melilla and Ceuta. The rushing of these border fences is a semi-regular occurrence. Earlier this year more than 8,000 migrants entered the city of Ceuta. Moroccan guards at the fence let the migrants pass through their side because of a diplomatic dispute between Morocco and Spain.

While it seems some homophobic sentiments are creeping into Melilla, it is possible some Moroccan citizens are fleeing their Muslim country due to oppressive anti-gay laws there. Current law in Morocco punishes same-sex relations with up to three years in prison. During the year 2016, 19 individuals were prosecuted for violating this law, according to Outright Action International. The group also reports that as of 2020, a campaign of online harassment aimed at outing LGBT Moroccans has been unfortunately successful. “Swarms of people have created fake accounts on dating sites and apps, proceeded to identify and expose, predominantly gay and bisexual men,” the organization claims.