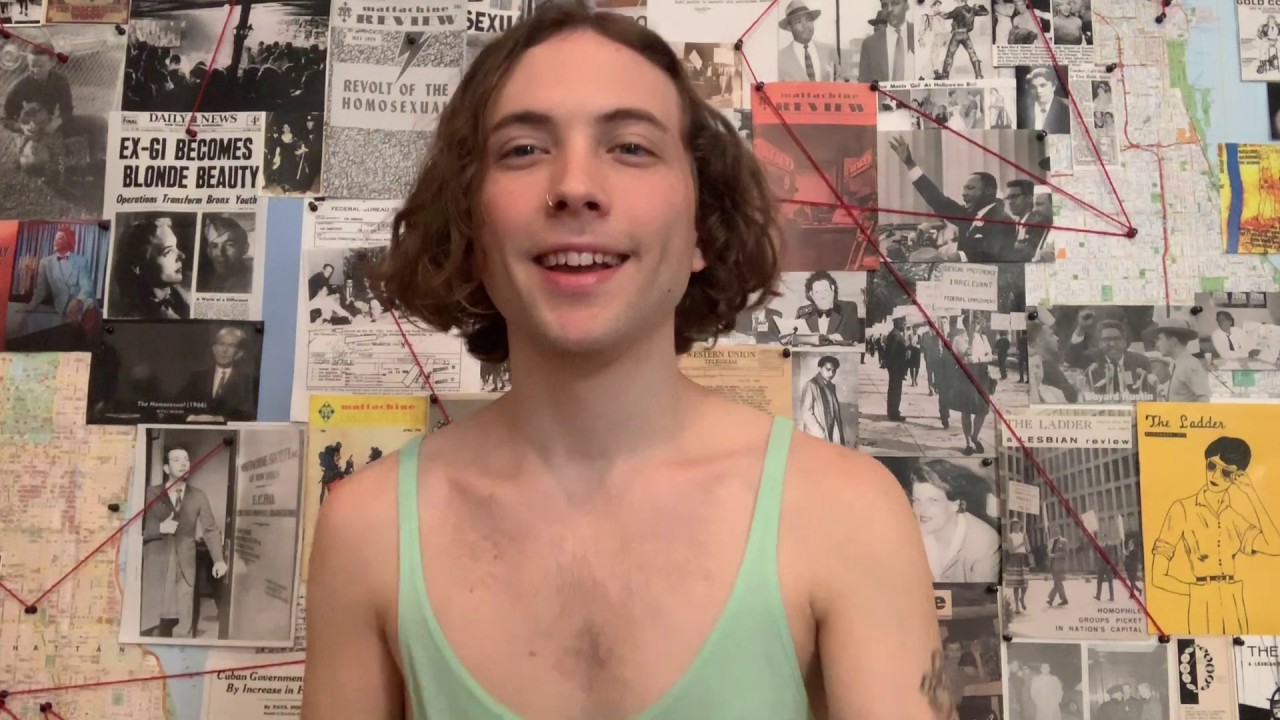 The Northalsted Business Alliance, which acts as the local chamber of commerce and hosts the annual Pride Fest, released a statement Wednesday announcing the neighborhood will be called Northalsted and promoted as “Chicago’s Proudest Neighborhood,” reports The Chicago Tribune.

The announcement follows an online survey by the Northalsted Business Alliance that generated 7,900 responses about the neighborhood’s name. A majority of respondents, 58%, supported keeping the name Boystown, while 20% claimed the designation made them feel “unwelcomed,” according to Jen Gordon, a spokesperson for the Northalsted Business Alliance.

“It definitely felt like we should be doing something about it,” Gordon told the Tribune. “If [the name Boystown] was making even a small percentage of people feel uncomfortable, it’s not something we should be using to promote the neighborhood.”

The Northalsted Business Alliance survey, and subsequent name change, came in response to a three-month-old Change.org petition started by a man named Devlyn Camp that received 1500 signatures – falling short of its 2500-person goal. There’s no indication how many of the signers actually live in Chicago, or the Boystown district.

The petition claims, “systemic transphobia, racism, and sexism have plagued our neighborhood for decades, and it begins at the top, with the all-male board of the Northalsted Business Alliance. It begins with the BOYSTOWN signs down our street announcing that this neighborhood is ‘for the boys.'”

The petition goes on to assert the Boystown moniker “perpetuates the existing social issues that deter many LGBTQ people from the neighborhood. As we all grow and reconsider our roles in perpetuating bigotry, we ask that this board reflect on the growing number of incidents in our LGBTQ spaces. One form of bigotry perpetuates others.”

Camp alleges the Northalsted Business Alliance’s past sponsorship of a “march for black trans lives” fell short of sincerity. “North Halsted businesses and their board have tokenized people when it is convenient for their profits or image, while marketing their businesses to gay men only,” he wrote on the petition about the sponsorship.

“I think it’s fantastic that they’re acknowledging the need for change. My question now is, how will the Northalsted Business Alliance continue to implement systemic change that reflects this – specifically inside their own businesses?” Camp, who lists pronouns on social media as “they/them,” told the Tribune.

A rival petition called “Keep Boystown” popped up on Change.org and drew over 2,000 signatures, claiming the name isn’t sexist or racist. One commenter on that petition wrote, “I moved here because of the name. Other gayborhoods like in Seattle move every year. If you don’t like the name MOVE out of my neighborhood.” Others claimed the name change erased the history of a neighborhood that was built by gay men but has always been open to everyone.

“If you feel threatened, out [of] place, or unsafe [c]reate your own spaces like WE had to 40+ years ago! We opened our own bars, restaurants, hair salons and retail stores. … Go establish yourselves with your own identities and get back to us,” another user wrote on the petition.

In 1997, Boystown gained recognition by the city of Chicago as the city’s official gay village, the first in the nation to have such a designation, although the history of LGBTs in the area long predates that.

Gay men in Boystown have been under attack by left-wing radicals recently, with activists accusing the neighborhood of wholesale “racism” and “transphobia,” reports the Tribune. This summer, Chicago’s progressive mayor Lori Lightfoot, who is openly lesbian, took to Twitter to publicly shame group of mostly gay men sunbathing on Chicago’s lakefront, in violation of lockdown orders, while rioters across town destroyed her city.

Camp, the activist responsible for strong-arming Northalsted’s board into the name change, against the wishes of the majority of respondents, has a history of fervently left-wing posts on social media, including calling the Trump administration a “terrorist organization.”

Following news of Boystown’s name change, Camp posted on Twitter this was only “step 1.” He also shared a tweet making light of two police officers who were shot by radical leftists in Louisville, Ky. this week, asking if “all of the nearby walls [were] okay.”

Several of the Northalsted Business Alliance board members also expressed strong anti-Trump views on social media and support for Democrat party policies and candidates, as well as radical, far-left organizations such as Black Lives Matter.

In one post on Facebook, board member Dusty Carpenter of DS Tequila Co, Fajita Factory and Dreambrite Presents wished for former Acting Director of National Intelligence, Richard Grenell, the highest ranking openly gay official in US history, to “vacation in hell.” In another, Carpenter urged Democrats to “wake up” and get out the vote against Trump in this year’s general election.

Another board member, Mark Liberson of Hydrate Nightclub and Replay Beer & Bourbon, called members of the Trump family a “cartoon cast of villains and miscreants” in a post on Facebook. He also urged his followers to let Trump “be the catalyst to unite us to create a new and better society that represents all of us and treats everyone fairly and equally.”

In another post, he expressed support for a laundry list of Democrat policies, including gun control and global warming while his nightclub, Hydrate, promoted Black Lives Matter propaganda.

Vice President of the board, Stu Zirin of local businesses Colorlab and D.S. Tequila Co., expressed strong support for failed Democrat primary contender Pete Buttigieg, calling him “brilliant” and “the polar opposite of who’s in the Oval Office today.”

Church depicts Jesus as ‘genderqueer’ with breasts and beard