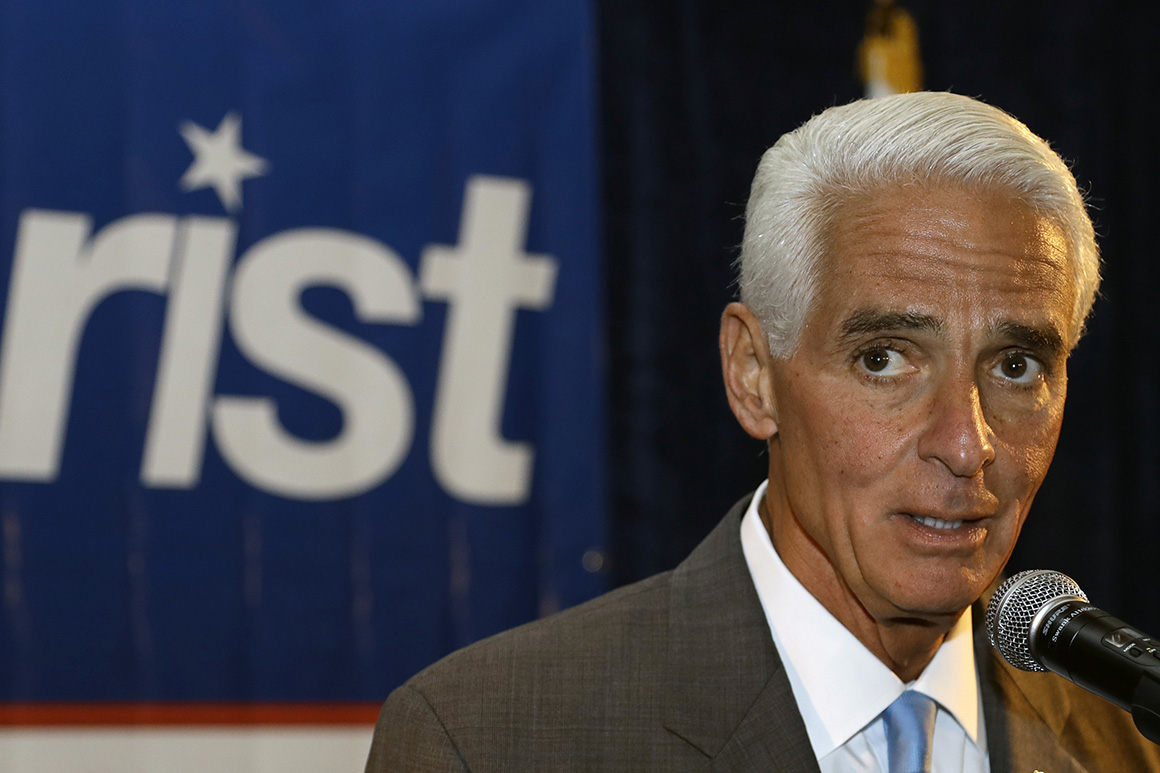 Representative Charlie Crist (D-FL) bailed on a Saturday forum put together by the St.
Petersburg branch of the NAACP, where he was scheduled to share the stage with Republican challenger Anna Paulina Luna

According to the Tampa Bay Times, Luna, 31, a self-described pro-Trump veteran who aims to bump Crist from his House seat in November’s election, spoke for 12 minutes at the NAACP event on the subjects of “racial inequality, education, police brutality and racism within the criminal justice system, COVID-19 relief, and gun laws” with her Democrat opponent seemingly nowhere to be found.

That is until an eagle-eyed conservative activist spotted Crist at a popular gay brunch establishment in St. Petersburg. Turning Point USA’s Rob Smith approached the congressman on camera to ask why he refused to debate his challenger.

Smith then posted video of the encounter to Twitter that shows Crist at Punky’s Bar and Grill in St. Petersburg instead of at the NAACP event he previously committed to attend. In the video a grinning Smith approaches the confused Crist, who appears to believe he’s posing for a selfie with a supporter, until Smith lays into the congressman.

“I just wanted to ask you, Charlie, why won’t you debate Anna Paulina Luna?” Smith asks.

“I’m so glad to be here I can’t even tell ya,” Crist responds before abruptly walking away and exiting the establishment between a pair of rainbow flags.

After the video went viral, Crist’s office released a statement claiming the reason he did not attend the NAACP, despite previously committing to it, was because he spent the afternoon touring LGBTQ-owned and LGBTQ-friendly businesses in the St. Petersburg Grand Central District as part of a “Come Out” St. Pete celebration.

Luna, who this month received the endorsement of President Trump, told OUTspoken Crist had confirmed he would attended the NAACP event before bailing “two minutes before” it began. She took to Twitter and claimed her opponent “cares more about brunch than black lives.”

“Charlie was not campaigning. Charlie is lying,” she wrote. In another tweet, Luna said she was “thrilled to present to the NAACP” while her opponent skipped it to “eat lunch.” Crist’s office claims the NAACP event conflicted with another engagement concerning a tour of gay establishments, according to the Tampa Bay Times.

Crist’s NAACP snub isn’t the first time he’s dodged engaging with his opponent. The two have yet to debate. Crist also appears to avoid facilitating his own constituents. Smith, a resident of Crist’s district, told OUTspoken he didn’t necessarily believe the stunt would change the perception of potential voters but that it revealed Crist “did not seem interested in working for the black vote.” In the video, Crist quite literally turns his back on Smith, who is both black and gay, before rushing out of the restaurant.

In September, Luna threatened to sue Twitter over what she claimed was political bias after the platform refused to issue blue check mark verification to her account, where she has over 220,000 followers. Luna and Crist are battling for Florida’s 13th Congressional District—which covers southern Pinellas County. As of Tuesday, 150,000 ballots have been collected in the district, with Democrats submitting nearly 25,000 more than Republicans.