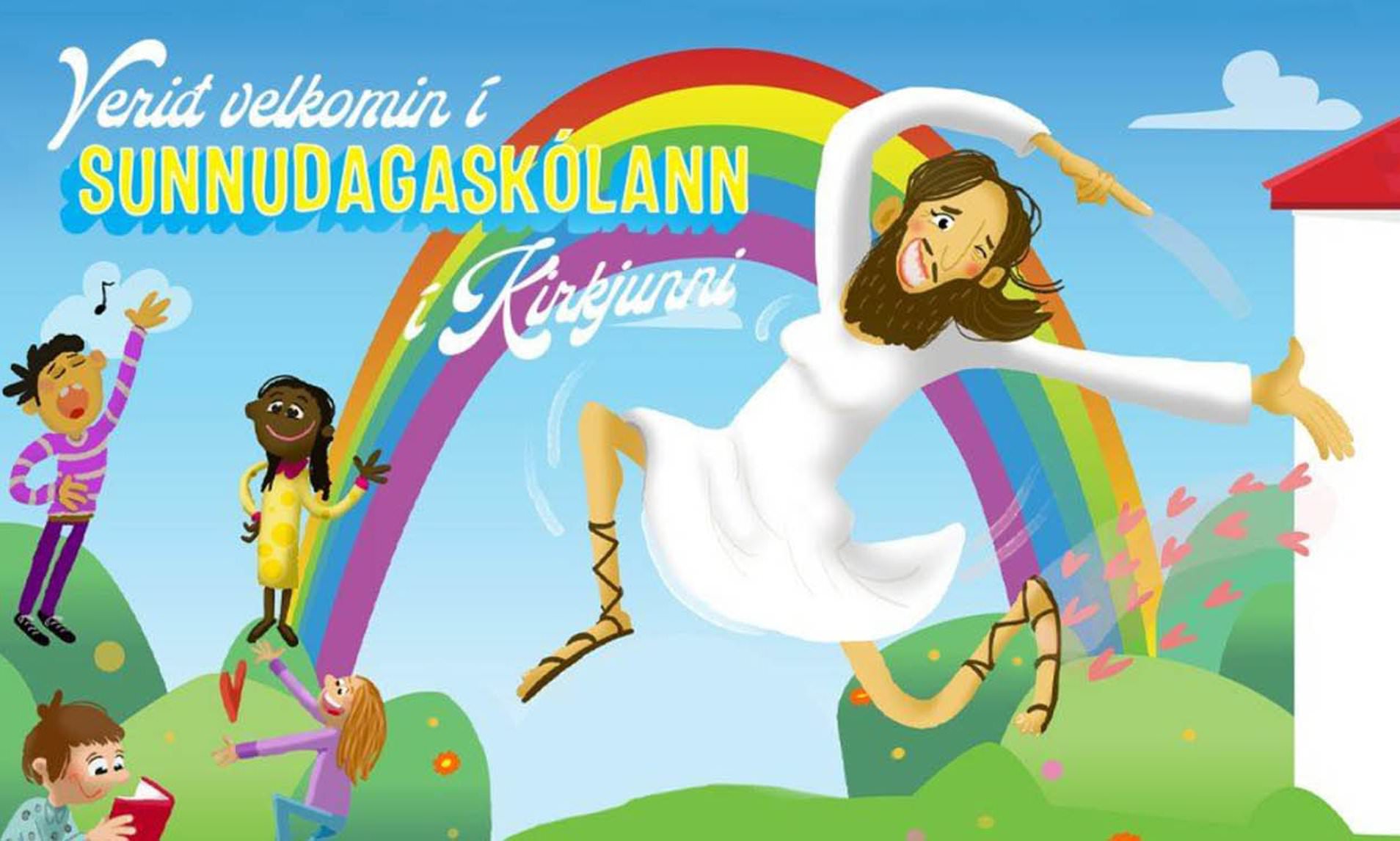 The Evangelical Lutheran Church of Iceland, in an effort to show support for the trans community, depicted Jesus Christ as an individual with a beard, rosy cheeks, and breasts on a children’s Sunday school advertisement. The church has come out and apologized after receiving a flurry of backlash for the stunt.

The advertisement originally appeared on the church’s Facebook page on Sept. 11, and reportedly was displayed on public buses in the capital city of Reykjavík.

The church responded to the backlash in a statement, saying: “The 2020 Assembly of the National Church regrets that the picture of Jesus in a Sunday school advertisement has hurt people. The goal was to emphasise diversity, not to hurt people or shock them.”

Petur Georg Markan, media representative for the Church of Iceland, suggested there was a need for the church to drum up various forms of Jesus in an effort to advocate for diversity, adding: “In one sense, we see a Jesus who has breasts and a beard. We’re trying to embrace society as it is. We have all sorts of people and we need to train ourselves to talk about Jesus as being ‘all sorts’ in this context,” Markan told the Daily Mail.

“Especially because it’s really important that each and every person see themselves in Jesus and that we don’t stagnate too much. That’s the essential message. So this is OK. It’s OK that Jesus has a beard and breasts.”

Grafarvogskirkja church minister Guorun Karls-og Helgudottir echoed Markan’s sentiments, saying there was room for interpretation with regard to the advertisement. “Each person interprets something in this picture,” she said. “Some people interpret it as a trans Jesus, others as a woman. Some see Mary with a beard, and others see a genderqueer person. Views within the church are just as diverse as elsewhere.”

The same artist who created the “genderqueer Jesus” now is turning to work on a new marketing campaign that will show a number of different “personifications” of Christ, according to reports, including one where he is advocating for environmental issues.