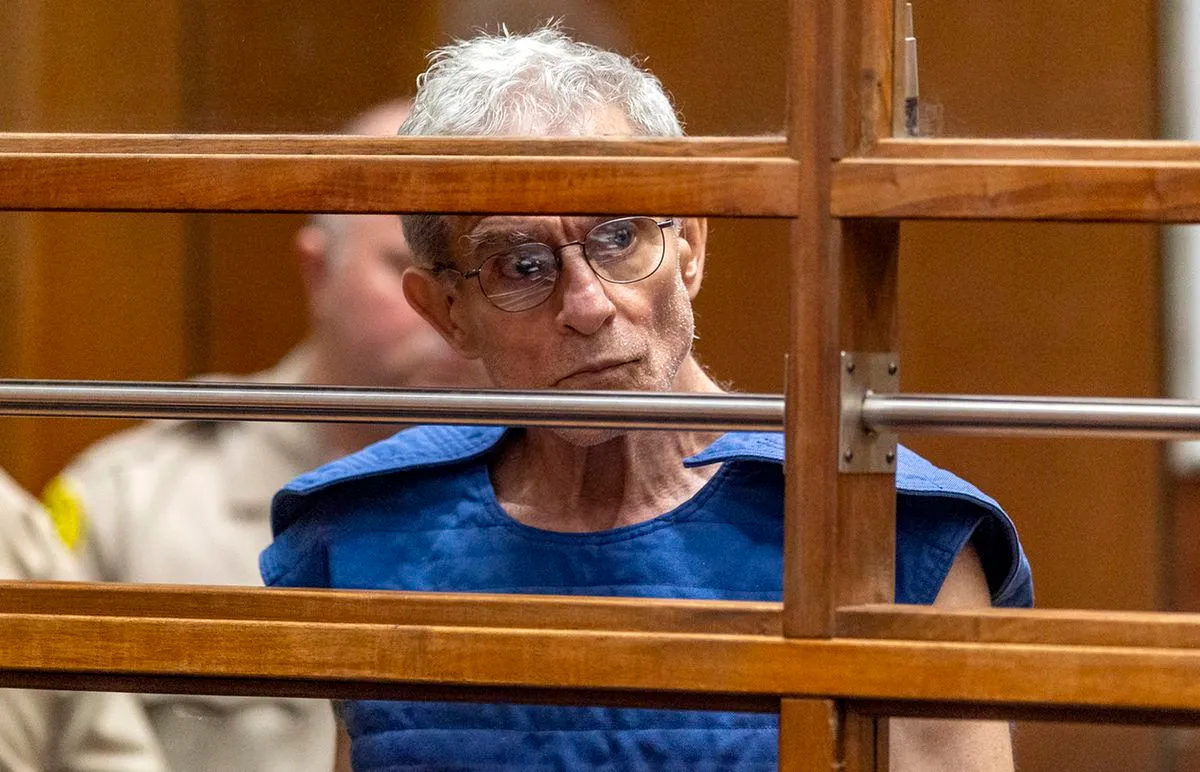 However, despite all the celebrity proclamations, the exact opposite seems to be true if black people die at the hands of Democrat party donors. Especially if they’re gay men of color.

If you don’t believe me, check out the case of Ed Buck. Last summer, he was convicted of killing Gemmel Moore and Timothy Dean at his West Hollywood home in 2017 and 2019, respectively.

Both men died in almost-identical circumstances, yet the former Los Angeles County District Attorney, Jackie Lacey, failed to indict him. Critics later said Lacey was reluctant to take action because Buck had donated more than $500,000 to various Democrat politicians over the past decade, including Hillary Clinton and Ted Lieu.

Eventually, a coalition of 50 civil rights organizations called for law enforcement to investigate the matter. As a result, Buck was then arrested and charged with various counts, including battery causing serious injury, administering methamphetamine, and maintaining a drug house.

During the trial, federal jurors were presented with compelling evidence, including diary extracts from Moore that said Buck got him hooked on crystal meth and enjoyed watching him inject it to the point of unconsciousness.

According to the Advocate, Buck’s other victims — several of whom were homeless and just looking for a place to sleep for the night — wept on the witness stand and told the jury how Buck would also inject them without their approval, including when they were already unconscious.

Others claimed he used racist slurs and indulged in blackface. Nearly all of the men who testified or appeared in evidence were black. Eventually, on July 27, 2021, Buck was twice convicted of distributing drugs that led to a fatality, plus seven other charges. He was initially expected to serve several decades in prison.

However, despite this seemingly clear-cut case, the 67-year-old could soon be acquitted and released from prison. Defense attorneys are hoping to overturn his convictions by claiming Moore, 26, died of AIDS and Dean, 55, died of coronary heart disease, and not because of a fatal drug overdose facilitated by Buck.

The defense team will also argue that Buck was convicted on “extremely prejudicial and irrelevant character evidence, which included a concerted effort to kink-shame [him] by presenting graphic images and videos of his sexual fetishes.”

As if this wasn’t enough, they will also claim prosecutors elicited testimony from a “parade of financially-motivated houseless individuals.”

A hearing to discuss the acquittal motion is imminent and will rest on whether the evidence at trial was insufficient for a conviction. If it fails, sentencing will likely proceed on April 4.

Prosecutors have already recommended life in prison for both counts of providing the drugs that killed Moore and Dean. They’ve similarly recommended a total of 120 years for all other counts.

In addition, they want Buck to pay a one-off fine of $400,000, plus $52,000 in restitution to each of his eight other surviving victims, all of whom testified in court.

Right now, Buck’s fate hangs in the balance as a technical error impedes the system. On Monday, journalist Jasmyne Cannick wrote on Twitter: “So the camera isn’t working at the jail and the hearing can’t move forward. Defense counsel wants a continuance. Judge seems inclined to grant it. It looks like #EdBuck’s sentencing is now going to be delayed even further…”

Given this situation, where is all the outrage from virtue-signaling celebrities? Why am I yet to see any vocal support from all the usual offenders, such as Tom Hanks or Will Smith, let alone Nancy Pelosi or AOC?

All of them are running for the role of LA controller, which will be decided on June 7.

“Many of the candidates I spoke to have used the excuse that the money was given a while ago and they can’t return it because it was spent,” wrote Cannick on her official website. “That is not accurate. They can return the money with a donation from their current campaign coffers or their own private bank account. They just don’t want to.”

She added: “Ed Buck lined the pockets of Democrats in Los Angeles with over half a million dollars. If Democrats care for Black people and the LGBTQ community like they say they do, then return Buck’s dirty money.”

Quite frankly, I couldn’t have put it better myself.

If this were a story about Republican politicians, it’d be all over the front pages of the legacy media, including the New York Times and the Washington Post. Yet, somehow, because the story involves Democrats, it’s suddenly not newsworthy. Could they be any more blatant?

It’s almost as if black lives only matter when it’s politically expedient. Or when it’s boosting the image of vapid celebrities at award ceremonies.