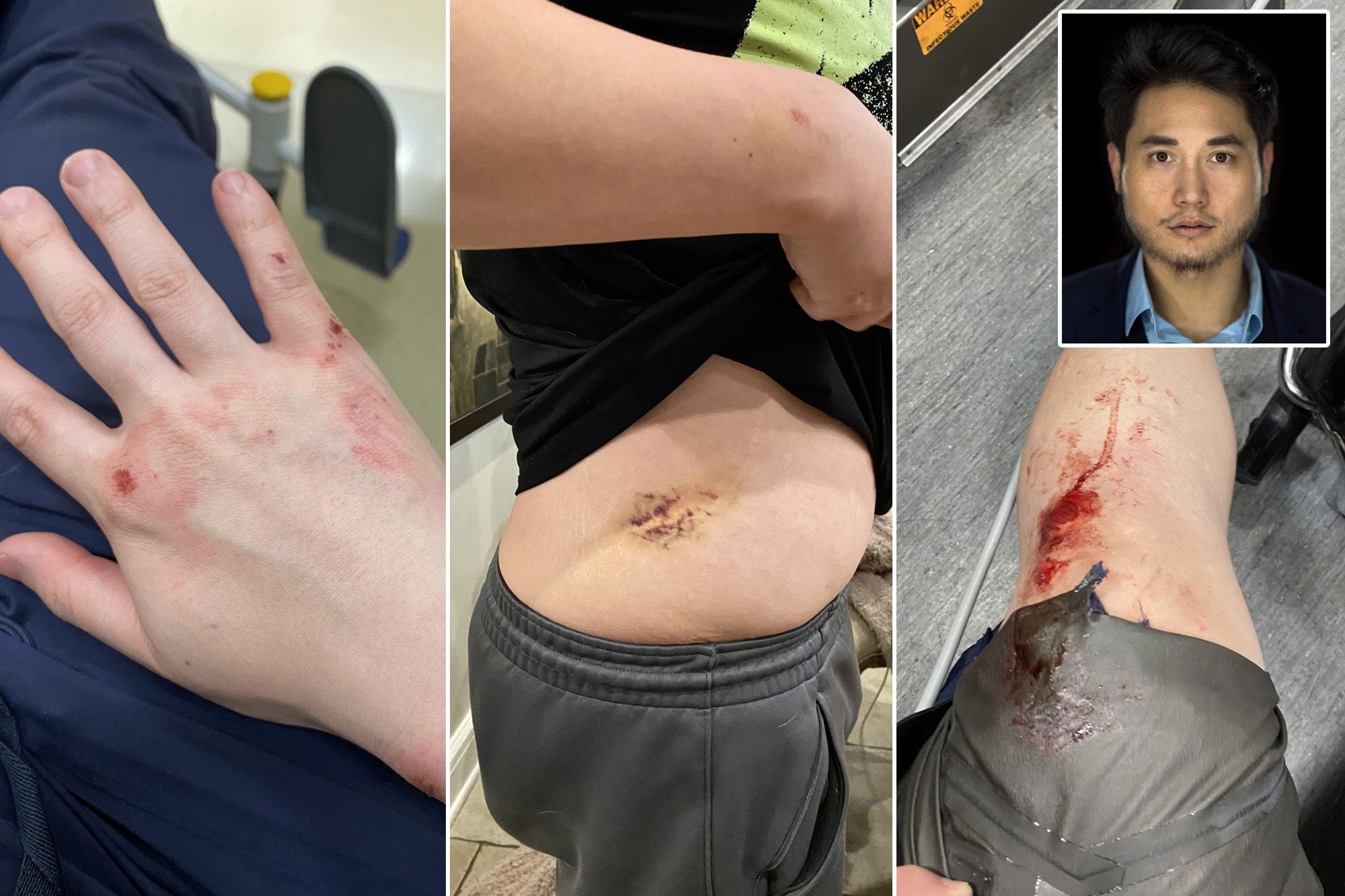 Journalist and author Andy Ngo took to Twitter Wednesday to detail a vicious attack against him by members of the far-left domestic terrorism outfit Antifa. In the tweets, Ngo claims members of the black-clad communist gang nearly killed him for the second time.

While doing research at a violent rally on May 28 in Portland, Ore. for a new chapter of his New York Times bestseller Unmasked: Inside Antifa’s Radical Plan to Destroy America Ngo claims members of Antifa attacked him and chased him into a nearby hotel where he called for medical help.

Ngo famously fled his hometown of Portland last year after receiving death threats from Antifa members over his reporting on the clandestine terrorist network. Ngo says he recently returned to Oregon to take care of family members and engage in further research.

Because he is well-known and hunted by Antifa, Ngo says he attended the May 28 rally by covering his face and eyes to remain inconspicuous. According to Ngo, one Antifa member pulled off his mask during a confrontation at the gathering. As he tried to flee, Ngo was chased down and beaten. He was able to break away from the mob and duck into a nearby hotel, the Nines Hotel, where Ngo claims the hotel staff refused to help him at first despite witnessing the violent mob outside baying for blood. Eventually Ngo was taken to the hospital and treated for injuries sustained in the attack.

According to Ngo one man was arrested but that suspect was immediately released on bail paid for “by an Antifa bail fund group.”

At the end of a thread of tweets detailing the story, Ngo gave an impassioned plea for Portland police and other authorities to take action against Antifa. “I call on the Portland Police and federal authorities to act on this before Antifa operatives hiding behind their masks succeed in murdering an American journalist on their watch,” he wrote.

The New York Post reached out to the Portland police to corroborate the story. “Portland police confirmed to The Post that an attack took place Friday night, but would not name the victim or provide additional details,” the outlet reported.

Ngo also asserts, “Antifa wants me dead because I document what they want to stay hidden.” He then posted a photo of graffiti reading, “kill Andy Ngo,” and “murder Andy Ngo.”

One Twitter user posted a subtle threat of death stating, “Don’t worry about martyrs being created from ‘cancel culture’, Andy Ngo needs to go, one way or another.”

Another veiled call for violence against Ngo read, “Looks like meat is back on the menu boys.” Despite professed rules against direct threats of violence, Twitter, which is sympathetic to Antifa, has not removed the offending tweets.

Ngo, who is openly gay and the son of Vietnamese immigrants, is no stranger to Antifa’s violence and acts of domestic terrorism. He has covered the far-left terrorist group’s covert tactics for several years. As a result, he was severely beaten and almost killed by Antifa members back in 2019.

During a House of Representatives committee hearing in February on the rise of domestic terrorism, Ngo testified about the violence and destruction Antifa wrought during the summer of 2020.

“In 2019 while working as a journalist covering one of the many protests-turned-riots that were involving Antifa and their other far-left allies, they targeted me and beat me severely, masked militants punched me repeatedly on the head and in the face. I ended up in the hospital with a brain-bleed, and I nearly died from that,” Ngo stated at the time.

In response to that testimony, Rep. Jim Jordan (R-OH) thanked Ngo for reporting on Antifa and referenced Rep. Jerry Nadler’s (D-NY) claim that Antifa and the rioting in Portland, Ore. was simply a myth.

“We had our colleagues say that the organization that tried to end your life and that for 120 days had violence happening every single day in Portland, that that organization was a myth,” Jordan said.

During the 2020 presidential campaign, Joe Biden famously said Antifa was merely “an idea.”