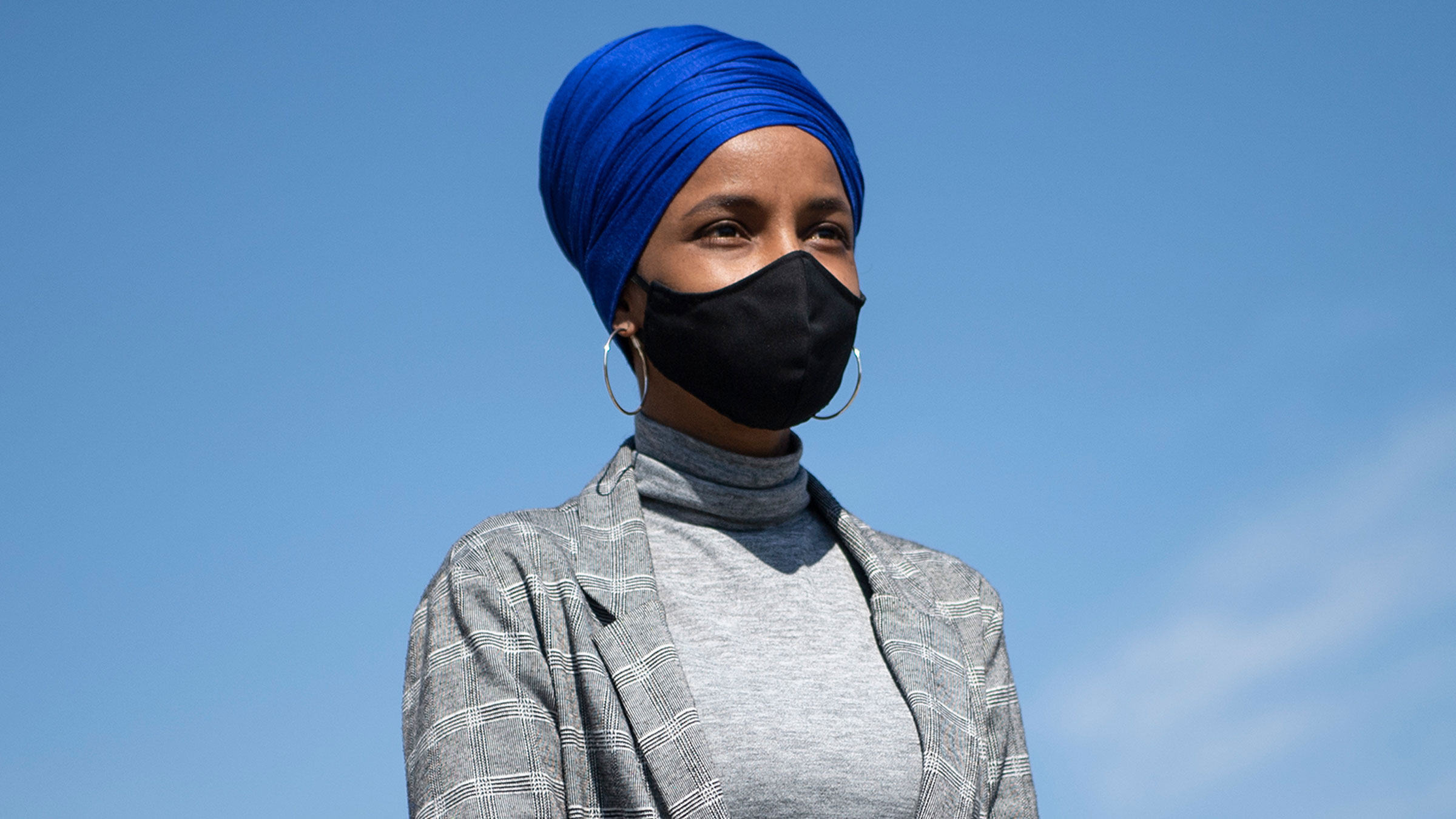 Rep. Ilhan Omar (D-MN) is crying “Islamophobia” after almost a dozen of her Democrat colleagues asked her to clarify troubling statements she made this week comparing the U.S. to the Taliban.

The New York Times reported that earlier in the week Omar tweeted about a virtual meeting with Secretary of State Antony Blinken. During the meeting she pushed for an investigation into human rights violations by Hamas and Israel.

In her tweet with a video of the virtual meeting Omar said, “We must have the same level of accountability and justice for all victims of crimes against humanity. We have seen unthinkable atrocities committed by the U.S., Hamas, Israel, Afghanistan, and the Taliban. I asked @SecBlinken where people are supposed to go for justice.”

This comparison of the United States and Israel to Hamas and the Taliban prompted a firestorm of pushback. Eleven of Omar’s Jewish Democrat colleagues led by Rep. Brad Schneider (D-IL) put out a statement asking her to clarify her remarks, condemning the comparison, and suggesting that Omar holds profound prejudice.

“Equating the United States and Israel to Hamas and the Taliban is as offensive as it is misguided. Ignoring the differences between democracies governed by the rule of law and contemptible organizations that engage in terrorism at best discredits one’s intended argument and at worse reflects deep-seated prejudice,” the statement read. The statement concluded with what seems to be a subtle call for an apology from Omar.

“The United States and Israel are imperfect and, like all democracies, at times deserving of critique, but false equivalencies give cover to terrorist groups. We urge Congresswoman Omar to clarify her words placing the US and Israel in the same category as Hamas and the Taliban.”

Instead of the requested apology, Omar threw gasoline on the fire by accusing her colleagues of “Islamophobic” behavior, harassment, and censorship.

“It’s shameful for colleagues who call me when they need my support to now put out a statement asking for ‘clarification’ and not just call. The islamophobic tropes in this statement are offensive. The constant harassment & silencing from the signers of this letter is unbearable,” she tweeted.

The New York Times reported that an anonymous aide to Omar said the congresswoman was particularly upset by her Democrat colleagues’ statement because they did not come to her in private first before the public condemnation. According to the aide, “She had heard that they were going to publicly call for a clarification of her remarks and reached out to some of them several times on Wednesday. They did not respond before their public chastisement.”

On the other side of the aisle, Jewish Republican Rep. Lee Zeldin was more forceful with his condemnation of Omar’s remarks and called for her removal from the House Foreign Affairs Committee.

“Ilhan Omar must be removed from the House Foreign Affairs Committee. She should have never been appointed to this Committee in the first place,” he tweeted.

Democratic leadership of the House of Representatives has also publicly chastised Omar. The New York Post reports that Speaker of the House Nancy Pelosi, House Majority Leader Steny Hoyer, and several others released a public statement against Omar’s remarks. “Legitimate criticism of the policies of both the United States and Israel is protected by the values of free speech and democratic debate. And indeed, such criticism is essential to the strength and health of our democracies,” the statement read.

“But drawing false equivalencies between democracies like the U.S. and Israel and groups that engage in terrorism like Hamas and the Taliban foments prejudice and undermines progress toward a future of peace and security for all. We welcome the clarification by Congresswoman Omar that there is no moral equivalency between the U.S. and Israel and Hamas and the Taliban,” the statement continued.

Tlaib claimed Omar was being demonized when her colleagues called for a clarification. Tlaib tweeted, “I am tired of colleagues (both D+R) demonizing @IlhanMN. Their obsession with policing her is sick. She has the courage to call out human rights abuses no matter who is responsible. That’s better than colleagues who look away if it serves their politics.”

AOC tweeted her support for Omar dramatically suggesting that the Democrats who called her out put her in danger by not approaching Omar privately with their concerns.

“Pretty sick & tired of the constant vilification, intentional mischaracterization, and public targeting of @IlhanMN coming from our caucus. They have no concept for the danger they put her in by skipping private conversations & leaping to fueling targeted news cycles around her,” the New York socialist tweeted.