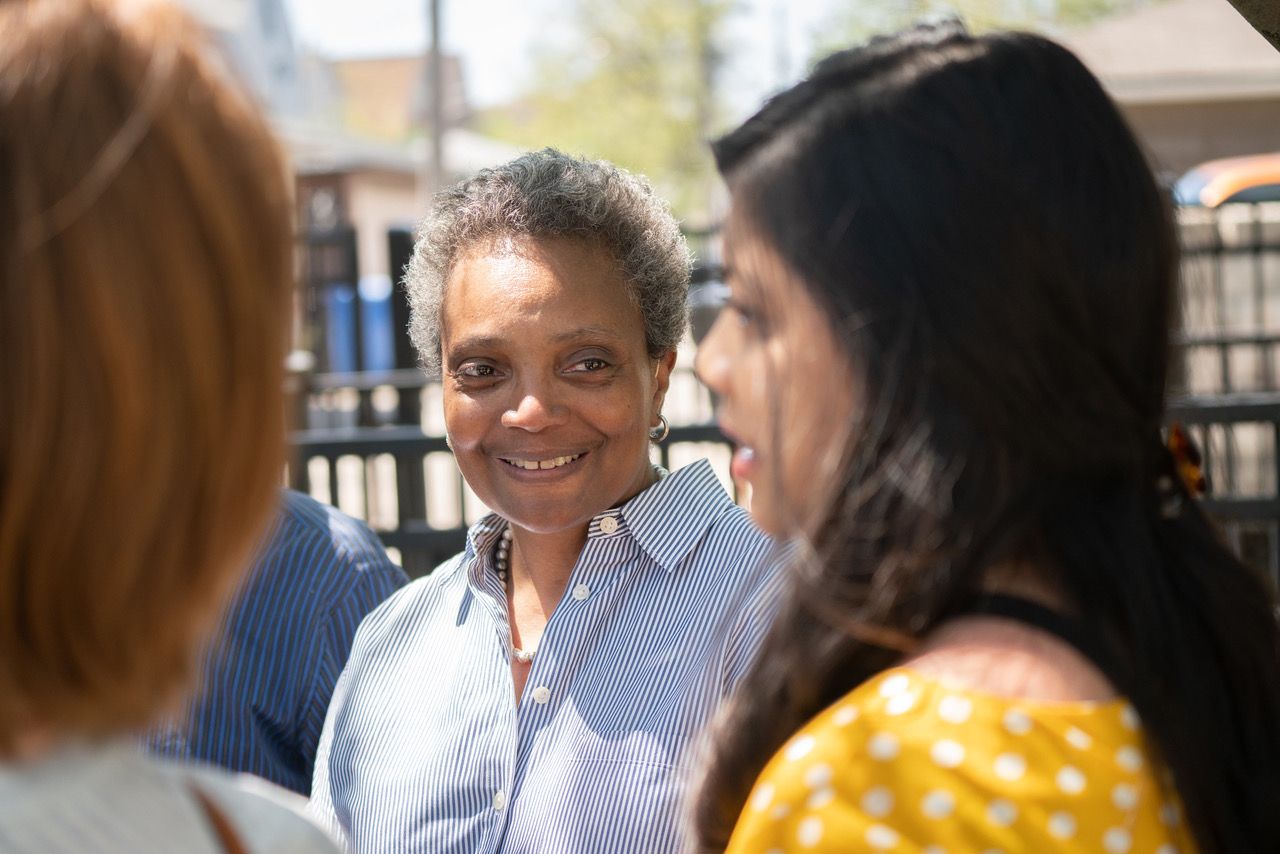 Rumors of the impending resignation of lesbian Chicago mayor Lori Lightfoot, due to alleged romantic infidelity, abounded over the weekend on social media. The story, sparked by a tweet from civil rights advocate Ja’Mal Green, which has since been deleted or removed, read, “Lori Lightfoot is resigning tomorrow in a stunning end to her mayorship. WOW.”

Green’s tweet was referencing a story of unknown origin that gave explicit and damning  details of the alleged scandal. International Business Times reported, “the woman Lightfoot was having an affair with had a boyfriend who was caught for possession of weapon and asked Lightfoot to ‘take care’ of it. The extortion calls allegedly led to Eshleman  [Lightfoot’s wife] finding out and ‘beating’ Lightfoot.”

It was also reported police were called to the mayor’s residence in response to the domestic disturbance during which the women’s daughter told police, “my moms are fighting.” To make the scandal even worse, the alleged affair reportedly occurred in the Elmhurst Hotel and was paid for by taxpayer money.

In an official statement on Sunday, Lightfoot aimed to dispel the rumors and instead turn it into a narrative of personal victimhood. “[O]ur city doesn’t have any time for homophobic, racist  and misogynistic rumors, today or any day,” she said.

“It’s shocking and disappointing to see some media members and verified Twitter handles are peddling this trash as truth,” she went on. The Chicago mayor, however, has often tweeted unverified and unprovable statements as truth, critics say. Just last month she tweeted that the murders of six Asian women in Atlanta were racially motivated despite police and the murderer himself claiming otherwise.

In response to Lightfoot’s public statement denying the infidelity rumors, Green tweeted a response some saw as a backhanded apology. “I know Lori is mad that folks have started rumors and I’m sorry I helped by saying she’s resigning but the reality is, we’ve been lied to since the beginning of this administration. So much that the people have lost hope. 73% of Chicagoans think we’re on the wrong path!” Green tweeted.

Ever since the rumors started swirling, Chicagoans made their opinions on the matter heard. “I voted for Lightfoot because she was running against an ‘establishment’ type, long-time politician who keeps pushing new and higher taxes on absolutely everything she can imagine. Lightfoot at least makes an effort to avoid that,” a gay lawyer in Chicago, who requested anonymity, told Outspoken. “I kind of hope she doesn’t [resign]. She’s awful, but the people waiting in the wings will be so much worse.”

Others expressed outrage that Lightfoot may resign over an infidelity allegation when she did not resign after criticism over her handling of the death of 13-year-old Adam Toledo, who was fatally shot by police last month. Lightfoot called for “calm” and described the incident as a “complicated and nuanced story,” which angered left-wing activists.

Lightfoot’s slow response to speak or act on that case pushed many to call for her resignation back in March.  That is just the tip of the iceberg when it comes to reasons many Chicagoans think the mayor should resign. Many have grown increasingly angered over the apparent hypocrisy of her Covid-19 restrictions, her misappropriation of Covid-19 relief funds, the cover-up of a botched police raid that resulted in the arrest of an innocent woman, and more. Lightfoot further alienated many LGBTs when she attempted to publicly shame a group of sunbathing gays last summer as BLM rioters destroyed swaths of her city.

Related Topics:ChicagoFrontFeaturedLGBTLori Lightfoot
Up Next