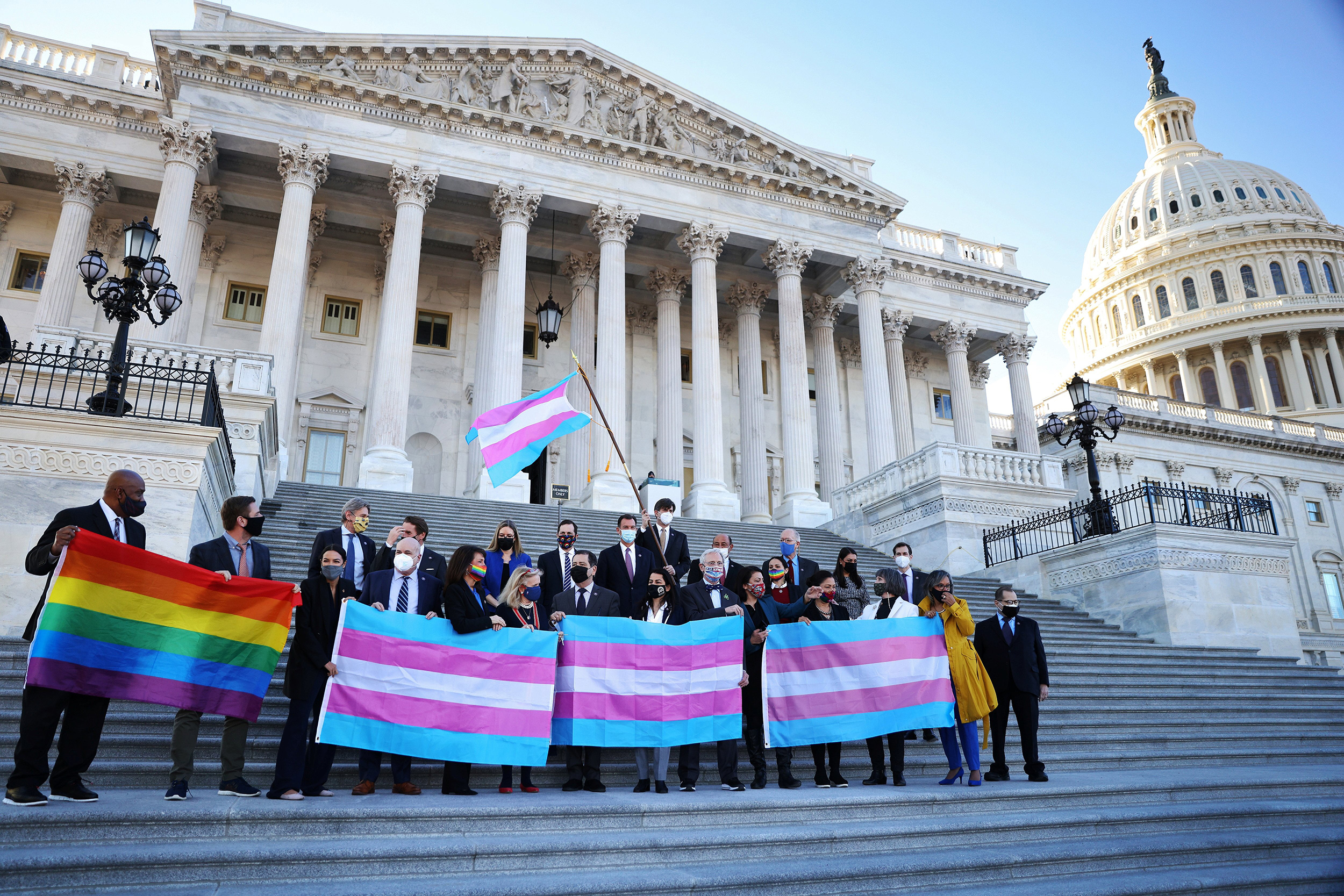 On Tuesday the Senate Judiciary Committee held a hearing on the Equality Act during which
Republicans sought to allow a witness to speak on the damage the proposed legislation would inflict on women’s sports.

According to an exclusive report in the Daily Caller, after only learning of the Democrats’ panel Monday night, which included testimony from a young transgender teenager, Republicans scrambled to find witnesses to argue their side. Senate Republicans looked to three female athletes–Selina Soule, Chelsea Mitchell, and Alanna Smith–working with Alliance Defending Freedom (ADF), a non-profit spearheading a case in Connecticut that involves transgender athletes competing in female sports.

Republicans then asked the mother of one of the athletes, Cathy Mitchell, to testify on behalf of the three young women. When Democrats were presented with the list of Republican witnesses, despite the Democrats also having three witnesses, they decided only to allow two of the Republican witnesses to speak before the hearing, axing testimony on behalf of the three female athletes, reports the Daily Caller.

Democrats then reduced the three athletes and Mitchell to submitting testimony in written form.

“It is disgraceful that Democrats refused to hear from Selina [Soule], Chelsea [Mitchell], and Alanna [Smith] on the harms that they face from a law like the Equality Act,” Christina Holcomb, a lawyer for ADF, stated.

“Our clients have lost out on state championships, podium spots, and opportunities to advance in competition because they were forced to compete against biological males.”

While it is not a requirement for both sides to have an equal number of speakers during a
hearing, it has become common practice in the current 50-50 split in the Senate.

RELATED: The frightening truth about the ‘Equality Act’

A memo sent out by senate Republican staff claims, “the majority declined to allow”
Mitchell’s testimony.

“We requested that the mother of a young female athlete, Cathy Mitchell of Connecticut, be allowed to testify,” the memo read. “Mitchell and her daughter Chelsea Mitchell are involved in litigation with Alliance Defending Freedom, to challenge policies in which transgender or male athletes are allowed to compete in girls and women’s sports. The majority declined to allow her to testify.”

“When Senator Grassley [R-IA] asked for an additional witness to be added to this panel, Cathy Mitchell, who is the mother of a student athlete harmed by the policies of the Equality Act, the Democrat majority refused,” Cruz said.

“They didn’t want the American people to hear from Cathy Mitchell. To hear about the unfairness to little girls having girls sports destroyed because of the radical policies of today’s Democrats.”

The Senate Judiciary Committee hearing was the latest movement on the Equality Act since it was placed on the legislative calendar at the beginning of this month. The bill passed the House of Representatives on Feb. 25 by a vote of 224 to 206.

Since there is no supermajority in the Senate, the chance of filibuster is high, and the bill will likely not pass the Senate.