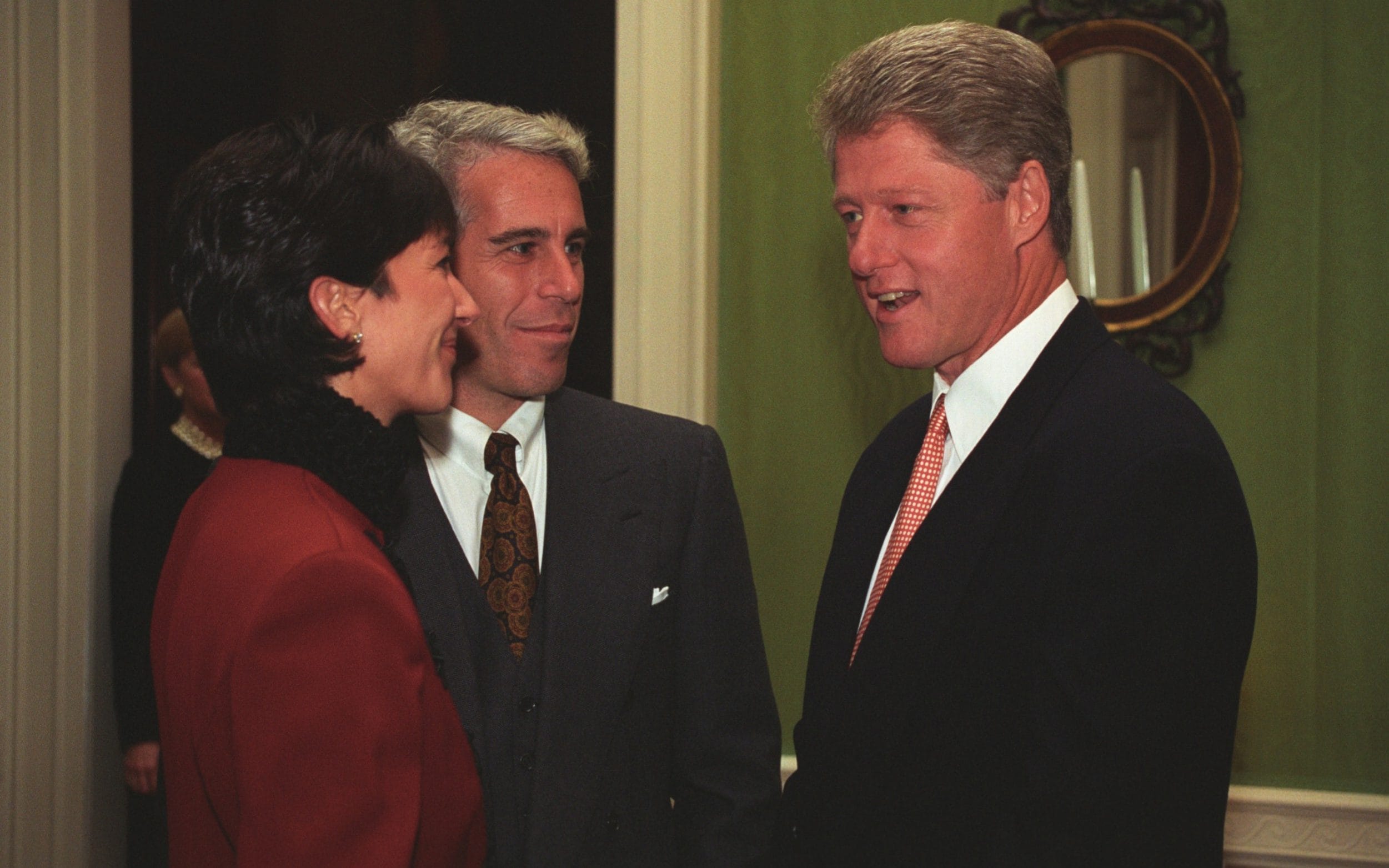 Harvey Weinstein is in jail, Kevin Spacey is a 15 time accused child predator, Keith Raniere and his sex cult NXIVM have been fully exposed and dismantled, and Ghislaine Maxwell is now officially on trial for the extremely juicy case regarding her utterly bizarre relationship with the alleged child sex trafficker Jeffrey Epstein (who certainly did not kill himself), his mysterious island in the Caribbean, and the infamous Lolita Express, a private jet on which President Bill Clinton verifiably rode 26 times from 2002-2003.

And everybody wants to know exactly who else is in Maxwell’s little black book.

It’s unbelievable the way the corporate media machine has buried this trial which many so-called conspiracy theorists are expecting will expose even more corruption amongst the upper crust of our country. In fact, the press has been barred from attending the trial and Judge Alison Nathan has granted Maxwell’s request to keep evidence from the trial redacted to hide “sensational and impure” information.

If that weren’t enough, Judge Nathan was an Obama appointee who served as a special assistant to the Obama White House and, just last week, conveniently, was nominated by Democratic Senate Majority Leader Chuck Schumer and President Joe Biden for a job promotion, to the 2nd Circuit Court of Appeals.

Oh, and coincidentally the lead prosecutor is James Comey’s daughter. The same FBI Director James Comey who covered for Hillary Clinton during her email scandal. Like, for real. You can’t make this stuff up.

What’s also unbelievable is Maxwell’s sheer audacity since being charged with criminal sexual activity for grooming and recruiting minors; she was recently spotted at an In-N-Out Burger in California reading a book titled The Secret Lives and Deaths of CIA Operatives. Her photoshoot with the book and a burger was an overtly ostentatious display of her callous contempt for all of middle America and the rule of law that is supposed to be equal for all, but has always been rigged to favor the elites. Especially elites like Ghislaine, who appears to have dirt on everybody.

Ghislaine Maxwell has a reported net worth of over $20 million, which is lunch money compared to the $577 million that Jeffrey Epstein was worth when he didn’t commit suicide. It comes at no surprise that Epstein owned one of the most expensive pieces of real estate in New York City, home to that infamous painting of Bill Clinton in the blue dress, which recently sold for $51 million. What is surprising is that he didn’t pay a penny for the property at all, it was gifted to him. By who you might ask? Les Wexner, the CEO of Victoria’s Secret, the country’s primary supplier of lingerie marketed to young girls, who has since conveniently stepped down from the company.

You see, the Epstein-Maxwell web is extremely intricate and complex- an extravagant network of international aristocrats including everyone from Prince Andrew to the Rothschilds.

And that’s why Middle America is fixated on the case. To be honest, we love nothing more than watching these highfalutin dignitaries get exposed for being exactly who they are–dirtbags. And it’s something we’ve all suspected for a long time, ever since we saw Eyes Wide Shut after director Stanley Kubrick was found dead in his bed only days before the film’s release.

By now, many of these formerly branded conspiracies have been verified as fact. We have the flight manifests for Lolita Express. We understand the Clinton connection to Jeffrey Epstein (we still don’t understand the Chris Tucker connection, though). We’ve seen the photos of Bill with alleged trafficking victim Chauntae Davis. We’ve heard alleged trafficking victim Virginia Guiffre’s accusations against Prince Andrew for sexual assault. And we know about the time when Epstein preyed on a young girl at Mar-A-Lago, which is why Donald Trump permanently banned him from the exclusive club in 2005.

The American principle of justice fuels our obsession, yet our complete lack of faith in our justice system fuels it even more. Will justice prevail? Will we finally learn the truth about Jeffrey Epstein and Ghislaine Maxwell? Or will the elites continue to cover for each other?

Are middle class Americans even allowed to ask these questions without being labeled “conspiracy theorists”? Probably not.

Harvey Milk and the double standards of cancel culture