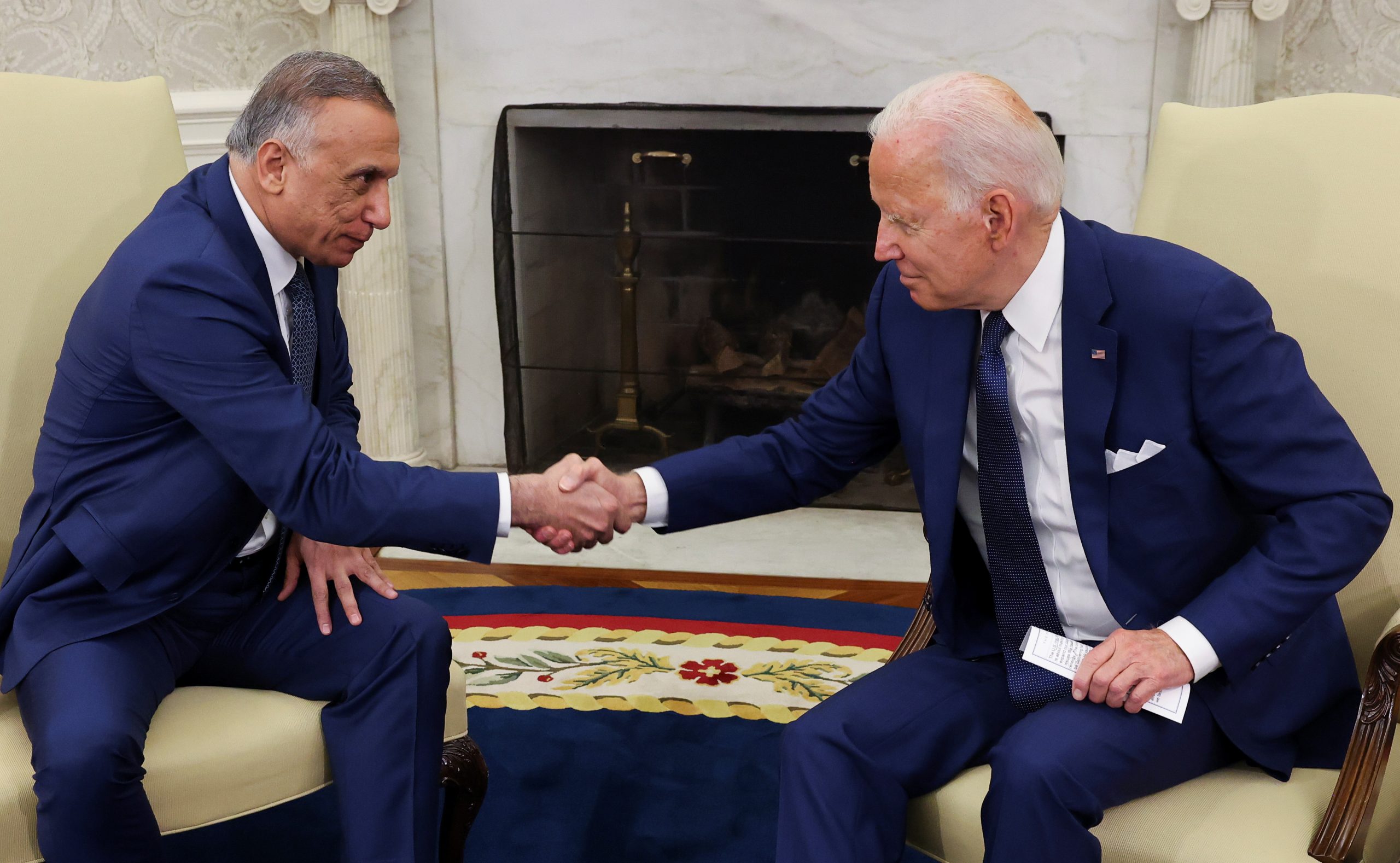 Earlier this week President Joe Biden met with Iraqi Prime Minister Mustafa al-Kadhimi primarily to discuss U.S. military involvement in the country. However, other promises were made as well.

During the first face-to-face talks between the two nations since he took office, Biden promised the U.S. combat mission will formally end by the close of 2021. U.S. troops will remain in the country, however, in an “advisory” role.

“Our role in Iraq will be … to be available, to continue to train, to assist, to help and to deal with ISIS as it arises, but we’re not going to be, by the end of the year, in a combat mission,” Biden said, according to Reuters.

There are currently 2,500 U.S. troops in Iraq and neither U.S. officials nor Kadhimi knows exactly how many will remain after the scale back, according to Reuters. Kadhimi reportedly claimed the number of troops would depend on “technical reviews.”

Biden also promised to send 500,000 doses of the Pfizer Covid-19 vaccination to Iraq as part of the COVAX vaccine sharing program. According to the program’s website, “COVAX is one of three pillars of the Access to COVID-19 Tools (ACT) Accelerator, which was launched in April (2020) in response to this pandemic. Bringing together governments, global health organizations, manufacturers, scientists, private sector, civil society and philanthropy, with the aim of providing innovative and equitable access to COVID-19 diagnostics, treatments, and vaccines.”

The website also explains how some of the participating countries are paying for these vaccines. “In exchange for this firm commitment these participants will be required to provide a lower upfront payment of US$1.60 per dose, or 15% of the total cost per dose,” according to the website.

According to Fierce Pharma, Pfizer originally charged $19.50 per dose of the vaccine.

This means that through the COVAX program, Iraq could pay anywhere from $1.4 million while the U.S. pays $8.3 million for that shipment of vaccines. However, since February, Pfizer has been eyeing an opportunity to increase the price per dose to three to four times as much. Therefore, the price tag may end up being significantly higher.

During their meeting, Biden further pledged $5.2 million to help fund the United Nations’ commitment to monitor the upcoming elections in October and ensure they are fair and transparent.

The Associated Press reported that during anti-government protests in Iraq in 2019, more than 500 people were killed as they demanded political and electoral change. Kadhimi and the Iraqi government agreed to push up the timeline of the elections, but many citizens have no confidence it will be free and fair.

Al Jazeera reports that “many Iraqis are worried holding yet another election without major reforms, especially to laws that guide the electoral process, will not result in a free, fair and transparent vote in which independent candidates or new political forces would actually stand a chance.”

All totaled, the Biden administration has promised at least $13.5 million of taxpayer money to go to help Iraq, a country in which homosexuality is still very taboo and people of the LGBT community have been murdered. In October of 2018, a young 14-year-old boy was brutally and publicly killed on video simply for seeming to be gay.

VOA News reported that in April the U.S. State Department under Biden released its annual Human Rights Report. The report stated that LGBT people in Iraq continue to face threats and claimed that the country’s government failed “to identify, arrest, or prosecute attackers or to protect targeted individuals.”

VOA News further reported that a gay man of that region said, “Every day when I step outside my home, I fear that this might be the last day of my life.”