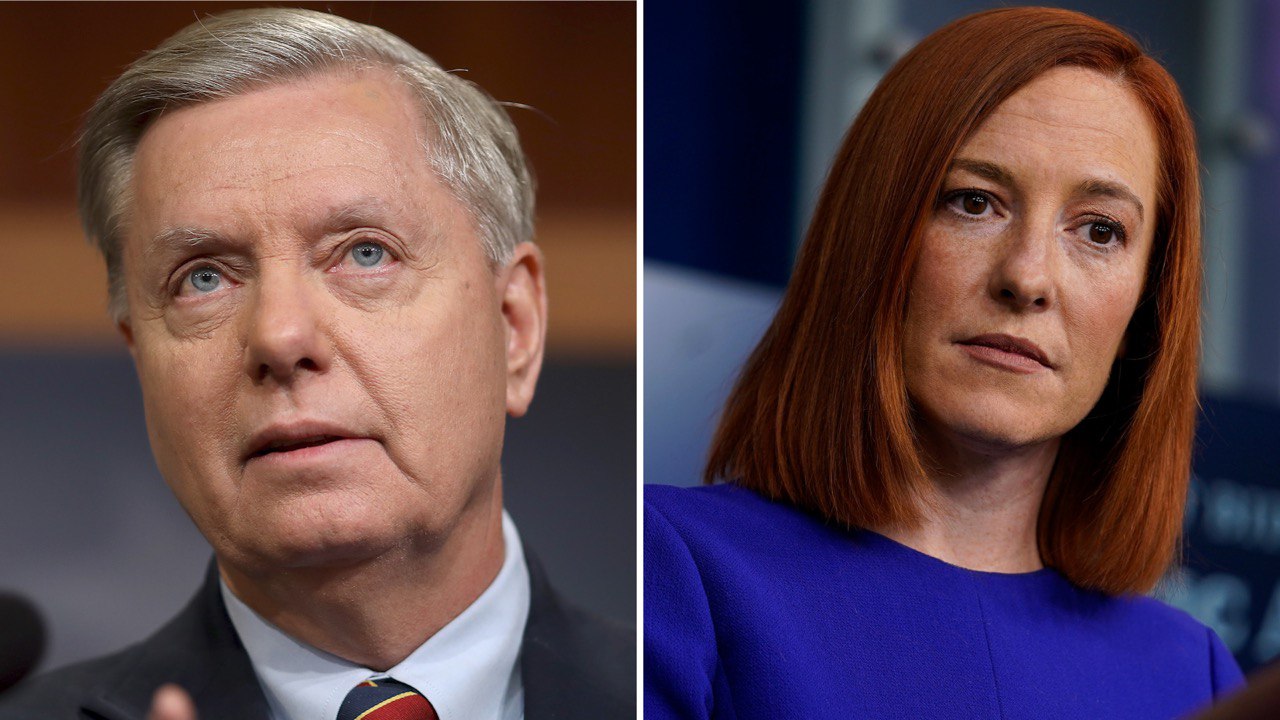 The tweet appears to raise serious questions about how Democrats, particularly heterosexual liberals like Psaki, feel emboldened to demean, harass, and mock LGBT conservatives specifically for their sexuality–behavior they would never consider exhibiting toward other LGBTs.

The tweet also raises concerns over the ethical question of publicly “outing” closeted people as LGBT, a shameful and demoralizing practice that has led to suicide and other tragic results.

On Aug. 5, 2020 while South Carolina Sen. Lindsey Graham questioned former Deputy Attorney General Sally Yates about the fraudulent Russia investigation, Psaki wrote on Twitter, “only in 2020 does #LadyG get to push a bunch of debunked conspiracy theories while questioning @SallyQYates (aka an American hero).”

“There is a homophobic republican senator who is no better than Trump who keeps passing legislation that is damaging to the lgbt and minority communities,” Harding wrote in a tweet that went viral. “Every sex worker I know has been hired by this man. Wondering if enough of us spoke out if that could get him out of office?… I cannot do this alone. If you’d be willing to stand with me against LG please let me know.”

Another male prostitute then posted an article to the website Medium detailing an alleged encounter he had with “Lady G,” and this time called out the Republican senator by name.

“Throughout it all, many LGBT activists cheered on the mob—despite outing being a practice that normally is considered immoral and cruel by most gay people. Some explicitly stated that they were perfectly happy to violate their own principles if that’s what it took to ensure the Republican senator loses reelection,” journalist Brad Polumbo wrote in Quillette that summer, quoting LGBT activist Dan Savage as saying, “Outing is a brutal tactic that should be reserved for brutes…Lady G more than qualifies.”

Of the Lady G saga, left-wing gay journalist Yashar Ali wrote, “anyone who is in the closet should never be forced to come out or outed,” since it’s “a deeply personal journey and anyone who engages in outing closeted people is cruel beyond description.” But, “there is one exception…public figures who support anti-LGBT policy. They are fair game.”

Psaki’s homophobic tweets directed at Sen. Graham not only invoked a slur intended to feminize and humiliate gay men, “lady,” but crossed the dangerous, highly taboo territory of attempting to “out” LGBTs publicly, critics say.

“Left-wing talking heads, especially Biden acolytes, purport play at a higher-level, but will never miss a chance to show their homophobic roots and engage in ‘outing’ or gay-baiting if it serves their interests. They’re no better than the Westboro haters or the protestors at Pride. They cover their disdain with a thick helping of woke intersectionality, but show their true colors time and time again,” Log Cabin Republicans spokesman Charles T. Moran said in a statement.

Other eyebrow-raising tweets also came to light on Tuesday. In one, Psaki seemed to suggest her current boss, President Joe Biden, was a criminal. “Yes yes yes. The prosecutor Biden (and the world) was trying to remove is the one who had paused/ended the Burisma investigation,” Psaki wrote in Nov. 2019, referring to the Ukrainian gas company scandal in which then-Vice President Biden appeared to use his influence to help an energy company where his son Hunter sat on the board.

In another, Psaki appeared to hope Wall Street would buy up the Democrat Party even further, so long as it meant a victory over Republicans. “I for one hope liberal billionaires give Democrats up and down the ticket a lot of money so we can keep the house, win back the senate and take back the White House,” she wrote.

In another from July 2019, Psaki appeared to criticize now-President Biden’s attitude towards women, in this case his own wife, writing, “Why didn’t Biden start by saying my wife has long worked outside the home.”

President Biden’s ‘circle back girl,’ as she’s known among journalists, has earned a reputation for unpreparedness at press briefings, despite stealing a play from her predecessor, Kayleigh McEnany, by lugging a binder full of notes with her into the press room. Psaki’s lack of coherent answers and promises to “circle back” with journalists have provided a trove of content for online meme makers in recent weeks.

When asked last week about a potential conflict of interest between newly-confirmed Treasury Secretary Janet Yellen and a hedge fund that was a major loser in the recent Gamestop frenzy, Psaki refused to answer. Yellen has received over $800,000 in speaking fees from that hedge fund, according to Fox News.

When asked about the overall market drama on Wall Street, by far the biggest news of the week, Psaki was unable to comment. “I’m happy to repeat we have the first female Treasury Secretary,” she responded.