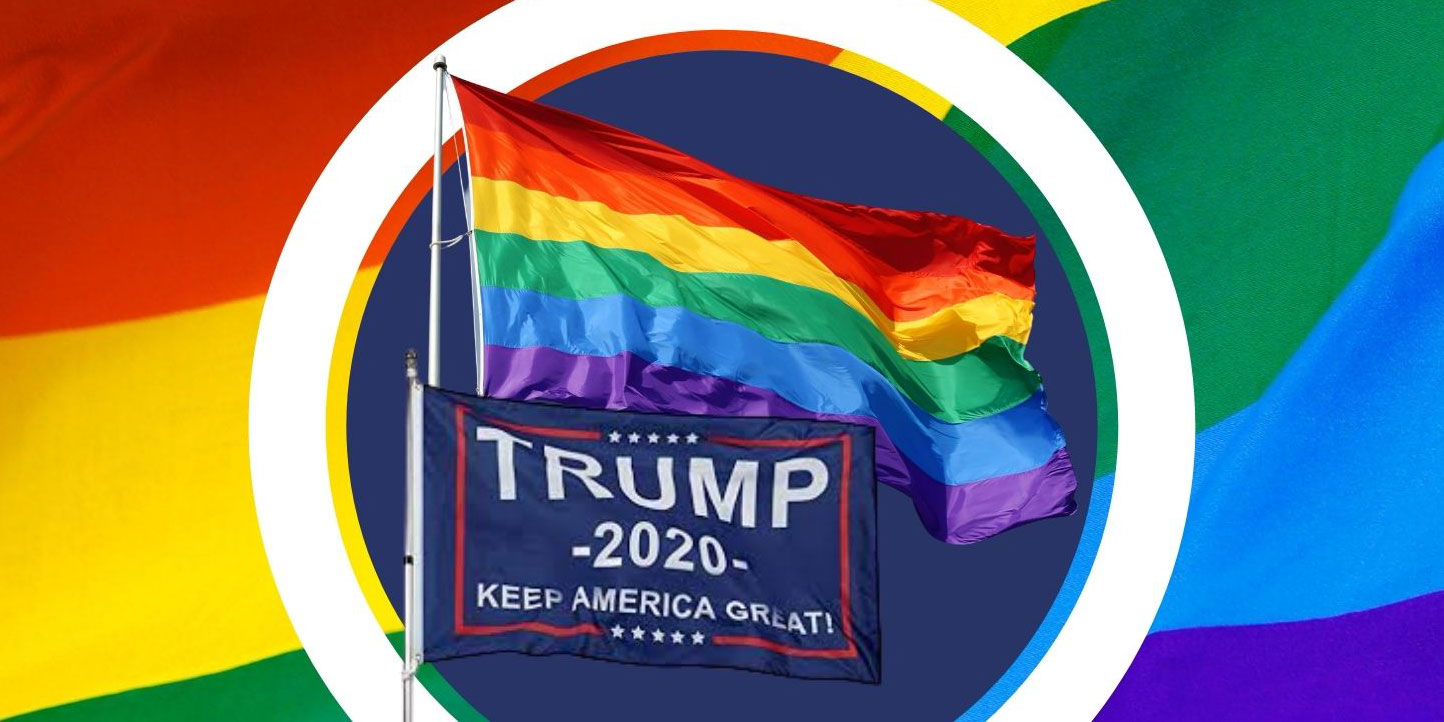 The campaign to re-elect Donald Trump as president unveiled Trump Pride on Friday, the latest coalition to join the campaign — this one geared specifically to reaching LGBT Americans and their allies.

The announcement comes one day after the Republican National Committee appointed Richard Grenell, the Trump administration’s former Ambassador to Germany and former Acting Director of National Intelligence, to head up LGBT outreach for the Republican Party as a senior advisor. Grenell is also co-chair of Trump Pride’s 21-member advisory board.

“As America’s first openly-gay cabinet member, I can confidently say that President Trump has done more for gay and lesbian Americans than any other president, and it is not even close,” Grenell told Fox News regarding the new role at the RNC. A recent video produced by the Log Cabin Republicans, the parent organization of OUTspoken, features Grenell discussing Trump and Biden’s record on gay rights and received nearly 6 million views on Twitter in less than five days.

On the campaign’s website, Trump Pride states “President Donald J. Trump is the only President to openly support the LGBT community since his first day in office. President Trump stands in solidarity with LGBT citizens by supporting and enacting policies and initiatives that protect the wellbeing and prosperity of all gay, lesbian, bisexual, and transgender Americans. TRUMP PRIDE is a diverse coalition dedicated to re-electing President Trump, the first President to begin his presidency in support of marriage equality. Through his bold plan to end the HIV epidemic to his global campaign to decriminalize homosexuality in the 69 nations where it is illegal, President Trump has proven himself to be a strong advocate for the LGBT community both at home and abroad.”

The announcement of Trump Pride was largely met with silence by LGBT media and received pushback from activists working at Democrat-controlled LGBT nonprofits and advocacy groups. Sarah Ellis, GLAAD’s president and CEO, told The Daily Beast that the Trump administration’s efforts to protect the religious practices of a small number of adoption agencies, as well as the administration’s support of sex-segregated battered women’s shelters, were an assault on LGBT people.

“Trump claimed he would support the LGBTQ community in his 2016 Republican National Convention speech, but what his administration has given us is exactly the opposite,” Ellis said. She also falsely claimed Grenell, a superstar within the GOP, has a “small number of conservative supporters” and that his historic appointment as the first openly gay Cabinet member “did not result in changes helpful to the LGBTQ community.”

The same week the RNC appointed Grenell as senior advisor and the campaign launched Trump Pride, the RNC also announced Grenell as a primetime speaker this Wednesday during the Republican National Convention, where he will discuss foreign policy.

Bill White, co chair, former President of Intrepid Sea Air and Space Museum, recipient of the Meritorious Public Service Award for his work in the US Navy