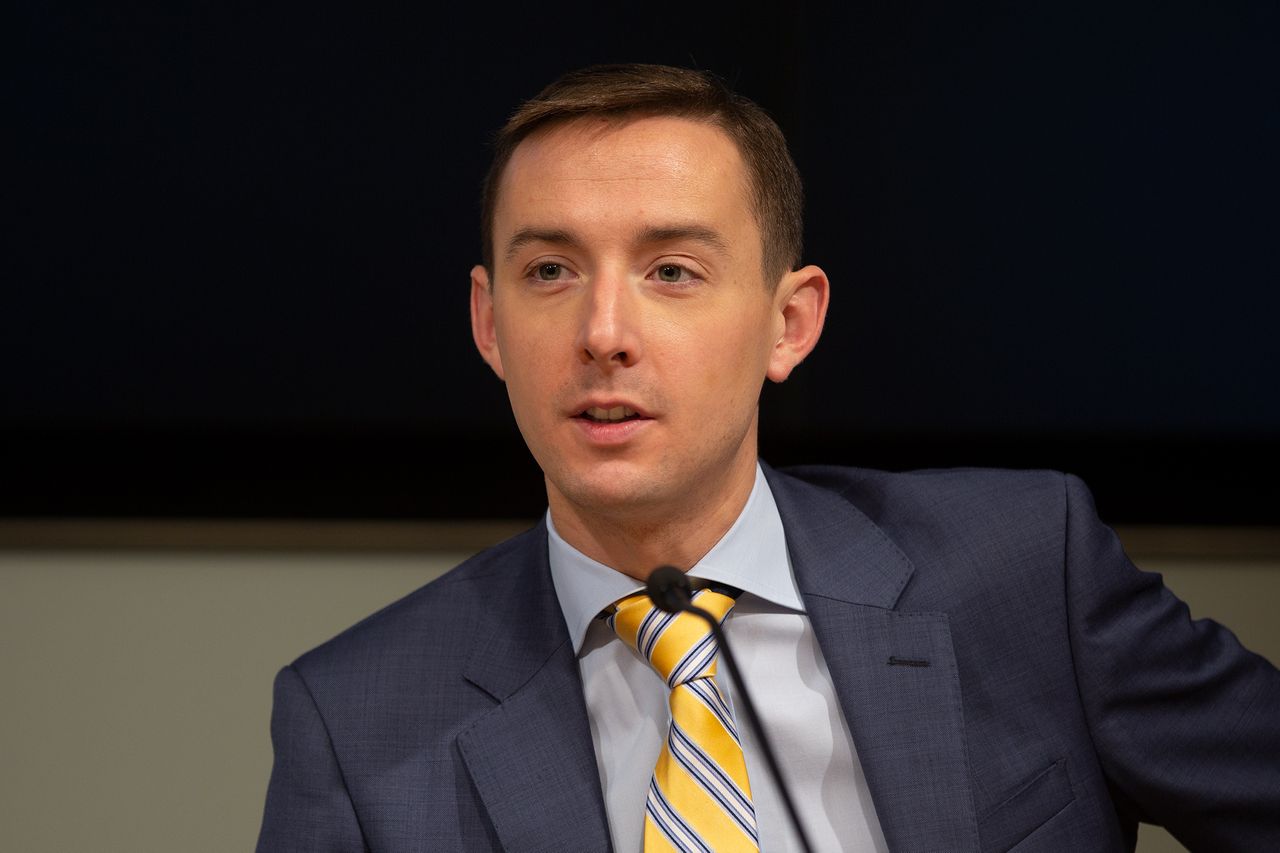 A Harvard graduate and former professor at University of Oxford and King’s College London was named Acting Chair of the Council of Economic Advisors by President Trump in July.

Tyler Goodspeed, a 35-year-old New Hampshire native, has served on the council since 2017 as a senior economist and chief economist for macroeconomic policy. He’s expected to remain in the role at least through the 2020 election.

The Council of Economic Advisors is an agency within the Executive Office “charged with offering the President objective economic advice on the formulation of both domestic and international economic policy. The Council bases its recommendations and analysis on economic research and empirical evidence, using the best data available to support the President in setting our nation’s economic policy,” according to the White House’s website. The agency will play a leading role in the Trump administration’s response to the coronavirus-induced economic downturn.

“Tyler is a brilliant economist who is held in the highest regard by everyone in the White House,” Kevin Hassett, the first chair of the council in the Trump administration, told Politico. “He has an uncanny ability to assemble evidence and perform original analysis almost instantaneously.”

Goodspeed replaces Tomas Philipson, who left the administration in June to rejoin the faculty at the University of Chicago Harris School of Public Policy.

Goodspeed is the author of three books: Rethinking the Keynesian Revolution: Keynes, Hayek, and the Wicksell Connection; Legislating Instability: Adam Smith, Free Banking, and the Financial Crisis of 1722; and Famine and Finance: Credit and the Great Famine of Ireland.

In July, Andrew Olmem, former deputy director of the National Economic Council in the Trump administration, praised Goodspeed’s appointment. “Tyler is an excellent choice to lead the CEA,” he told Politico. “He has incredible analytical skills, great policy judgment and is somebody who everyone in the White House likes and respects. You can’t find a better person to work with than Tyler.”

During his time on the council, Goodspeed has worked on policy proposals such as the economic modeling of the downturn caused by the coronavirus, proposals for additional middle-class tax cuts, and the best way to deal with student loan debt and digital services taxes, reports Politico.

In September 2019, in perhaps an eerie bit of foresightedness, Goodspeed was among a team of economists in the Trump White House who worked on a paper on mitigating the effects of a global pandemic through innovations with vaccines.

According to Politico, Goodspeed joined the administration after he cold-called Hassett in 2017 and expressed his interest in serving in Trump’s White House. He joins former Acting Director of National Intelligence Richard Grenell as among the Trump administration’s most high-ranking and influential openly gay members. Goodspeed is married to fellow academic Oliver McPherson-Smith, who he met at the Adam Smith Institute at a party for a book titled How to Win Every Argument. Goodspeed’s appointment has been entirely ignored by LGBT media and activist organizations.

Appearing on CNBC Thursday, Goodspeed discussed encouraging unemployment claims numbers released this week, with 760,000 fewer Americans claiming unemployment for the month of August, and a promising surge in retail activity.

“This is a sign of a rebounding U.S., and indeed global, economy” he told CNBC.