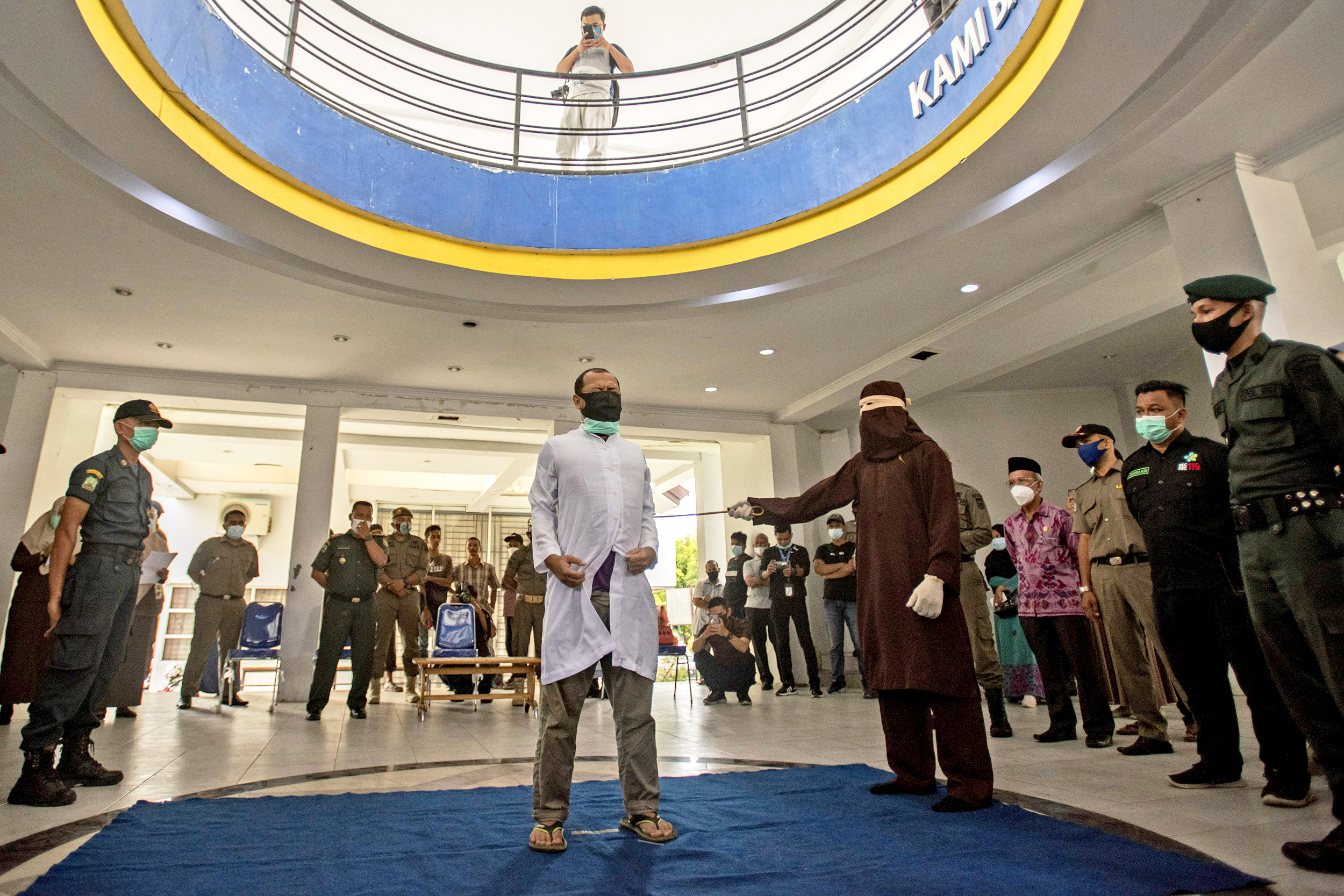 Two men reported to Islamic police in Indonesia for having sex with each other were publicly caned Thursday, each receiving 77 lashes, according to the Associated Press.

According to reports, neighbors snitched on the men, aged 27 and 29, to the Islamic religious police in Aceh province for activity in violation of Sharia law, which is officially recognized in the region.

On Thursday afternoon, several dozen people gathered in a public park in Banda Aceh, the provincial capital, to witness the gruesome caning of the two lovers, according to the AP.

Reports indicate the men were arrested in November after neighbors broke into a rented room shared by the men once they became suspicious the men might be engaged in a romantic relationship. The neighbors allegedly caught the men in a sexual act.

The men were each sentenced to 80 lashes but three were removed to account for time spent in jail. The maximum punishment by law is 100 lashes.

Indonesia is the world’s most populous Muslim nation and often cited by Western liberals as a shining example of ‘progressive Islam.’

The nation in recent years has cracked down on homosexuals and transgenders. Thursday’s caning was the third such incident since 2015. In 2017, the government publicly humiliated 141 men arrested in a gay sauna, according to the New York Times. The Islamic nation also banned all LGBT content on television and attempted to shut down an LGBT sporting event.

In a 2018 raid in Aceh province, 12 transgenders were arrested, had their heads shaved, and were paraded around town forced to wear men’s clothing.

The Human Rights Council at the United Nations, which is stacked with member nations that also oppress homosexuals, released an empty call on Indonesia to release people detained for sexual orientation. In 2018, the Trump administration removed the United States from the UN Human Rights Council, claiming it was a hypocritical body filled with human rights abusers.

Big Tech has also enabled Indonesia’s persecution of LGBTs. In 2018, Google removed Blued, the most popular gay dating app in Asia, from its Play Store at the request of the Indonesian government. According to the Jakarta Post, the American-based tech giant also removed at least 14 other gay-related apps from Indonesia under pressure from the government.

Led by former Acting Director of National Intelligence Richard Grenell, in 2019, the Trump administration launched a historic initiative to decriminalize homosexuality around the globe, targeting the 69 nations, including Indonesia, where homosexuality is punishable by death or incarceration.

As of Friday, several Democrat-controlled LGBT rights organizations, including the Human Rights Campaign and GLAAD, had yet to comment on Thursday’s caning.