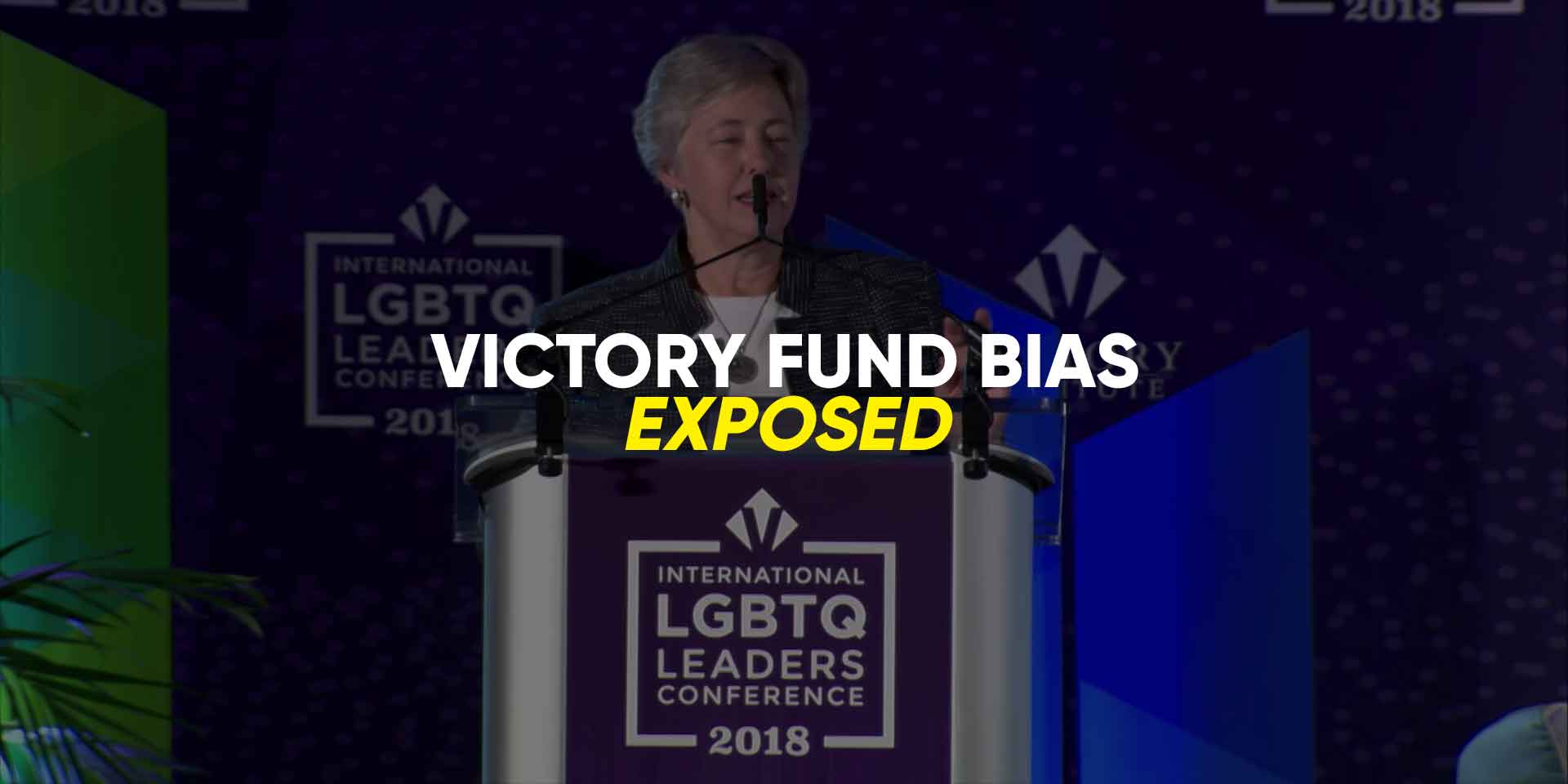 The LGBT Victory Fund, founded in 1991 and described as the nation’s only “non-partisan” non-profit organization dedicated to “increasing the number of openly LGBT officials at all levels of government” came under fire last week after an expose by Brad Polumbo in the The Washington Examiner.

The truth: the LGBT Victory Fund is not just 100% partisan, they’re basically a wing of the Democratic Party.

“The Victory Fund claims to be bipartisan, but its record suggests that it really only works to get LGBT Democrats elected,” writes Polumbo. The openly-gay Examiner columnist went on to write:

“We work hard to endorse Republicans,” Victory Fund President Annise Parker said in a recent interview, even though the super PAC spent $0 on Republican campaigns in 2018 or 2020.

The Victory Fund’s Democratic bias actually sabotages the gay rights movement. “Our goal is to have [LGBT] representation in every state house, and then, ultimately, in every state Senate in America,” Parker said while promoting the group’s 2020 election push. “It slows down the bad bills and changes the discussion. You get one person in, and they actually can stop the bad stuff.”

Indeed, some of the boldest gay rights reforms in recent years, from banning anti-gay conversion therapy to passing anti-discrimination laws, have come in dark-red states such as Utah. Having LGBT Republicans in the mix would only further this movement across all levels of government.

So when the Victory Fund fails to promote gay and transgender candidates across the spectrum, it doesn’t just fall victim to the partisan impulses that inevitably corrupt most super PACs. It undermines the very goal of LGBT equality it was founded to advance.”

Read the full article at The Washington Examiner:
The fake mission of the LGBTQ Victory Fund