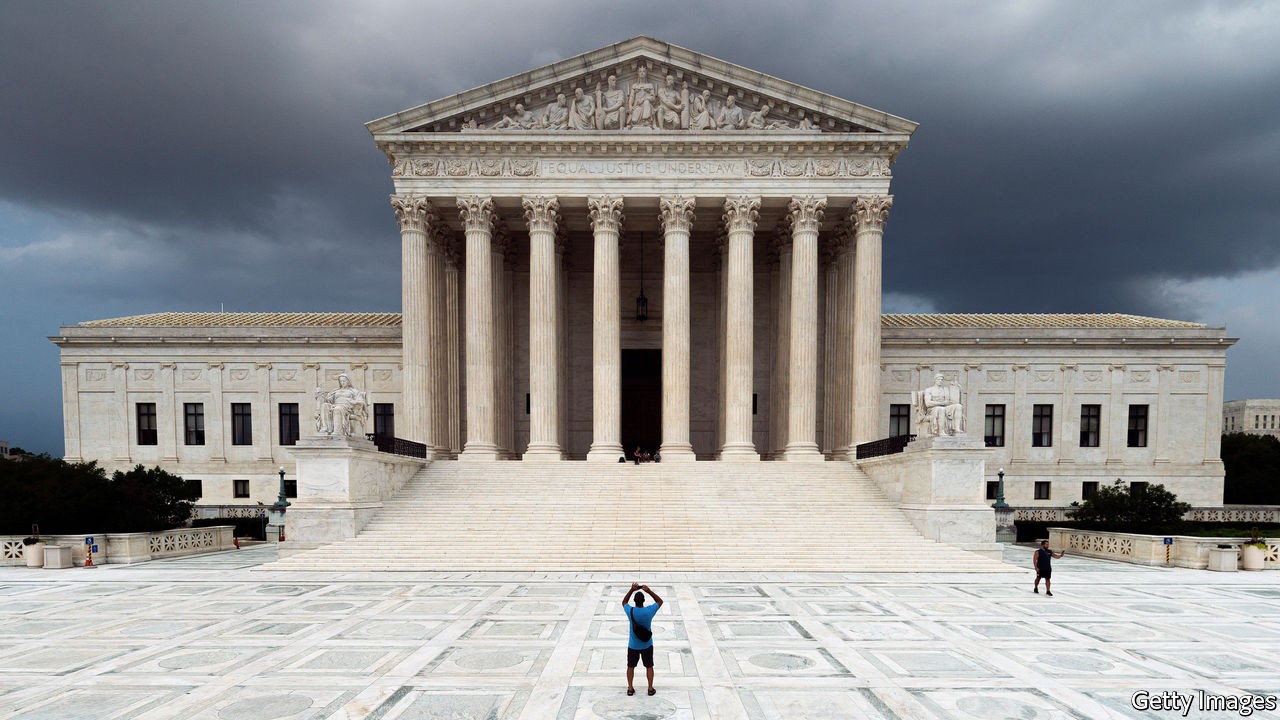 The US Supreme Court on Monday declined to hear a case brought by a former Kentucky county clerk who refused to issue a marriage license for same-sex couples. Although the Court’s decision to not hear the case was unanimous–that is all eight sitting justices agreed–mainstream media quickly went into a tailspin suggesting the 2015 landmark decision in Obergefell v. Hodges, the case that legalized same-sex marriage in the US, was on the chopping block for a conservative Court.

The media hysteria stemmed from statements by Justices Clarence Thomas and Samuel Alito regarding Monday’s decision, in which the Justices cautioned about First Amendment rights and religious freedom as they may relate to Obergefell.

The Court’s decision “enables courts and governments to brand religious adherents who believe that marriage is between one man and one woman as bigots, making their religious liberty concerns that much easier to dismiss,” Thomas wrote on behalf of Alito and himself.

The case brought by Kim Davis, the former Kentucky county clerk, “provides a stark reminder,” the justices wrote, of the consequences of endorsing “a novel constitutional right over the religious liberty interests explicitly protected in the First Amendment, and by doing so undemocratically, the court has created a problem that only it can fix.”

“Davis may have been one of the first victims of this court’s cavalier treatment of religion in its Obergefell decision,” they wrote, while agreeing the Court properly decided not to take up the Davis case. Still, LGBT activists and mainstream media stoked unfounded fears this week that, as a new conservative justice awaits confirmation to replace the late Ruth Bader Ginsburg, marriage equality may disappear. There are several reasons why gay marriage is never going away, at least for the foreseeable future.

1. Stare decisis is the principle that courts give great weight to precedent. In no situation is that more important than in the matter of marriage equality, because overturning Obergefell would invalidate many marriages and the families on which they are based. For that reason, Obergefell, as much as any decision in the Court’s history, should be considered settled law.

In her writings, Supreme Court nominee Amy Coney Barrett has referred to “superprecedents” that are simply too much of a foundation for our society to overturn. If anything met that criterion, it would be Obergefell.

2. Overturning Obergefell would create utter chaos and personal hardship. As Walter Olson wrote for the CATO Institute, “gay marriage isn’t going anywhere,” even in a conservative Court. If Obergefell were to be overturned, large numbers of marriages would be legally nullified on day one, imperiling everyday rights of inheritance, custody, pensions, tax status, parental rights and much more.  Even the argument in court against marriage equality in 2015 relied heavily on the fact that same-sex marriage would be an irreversible decision due to the widespread turmoil and disorder that would result.

3. Closely fought landmark cases do not get overturned even when the losing faction becomes a majority. As Olson writes, at least two post‐Obergefell decisions have now gone by in which conservative justices have refrained from such challenges: Pavan v. Smith (2017) and Masterpiece Cakeshop v. Colorado Civil Rights Commission (2018).

4. The American public would not see the resulting chaos as worth enduring. Support for same-sex marriage continues to rise steadily among Americans. According to Pew Research, support rose from 55% in 2015 to 62% in 2017. A Gallop poll this year showed acceptance of same-sex marriage matched the May 2018 all-time high of 67%.

5. President Trump would not support a repeal of same-sex marriage. Days after his election, President Trump went on “60 Minutes” said of the gay‐​marriage legal cases: “They’ve been settled, and I’m fine with that.”

6. Gay marriage happened, life went on. The results of Obergefell have been logistically easy to administer. States have known what was expected of them, and little has been disrupted.