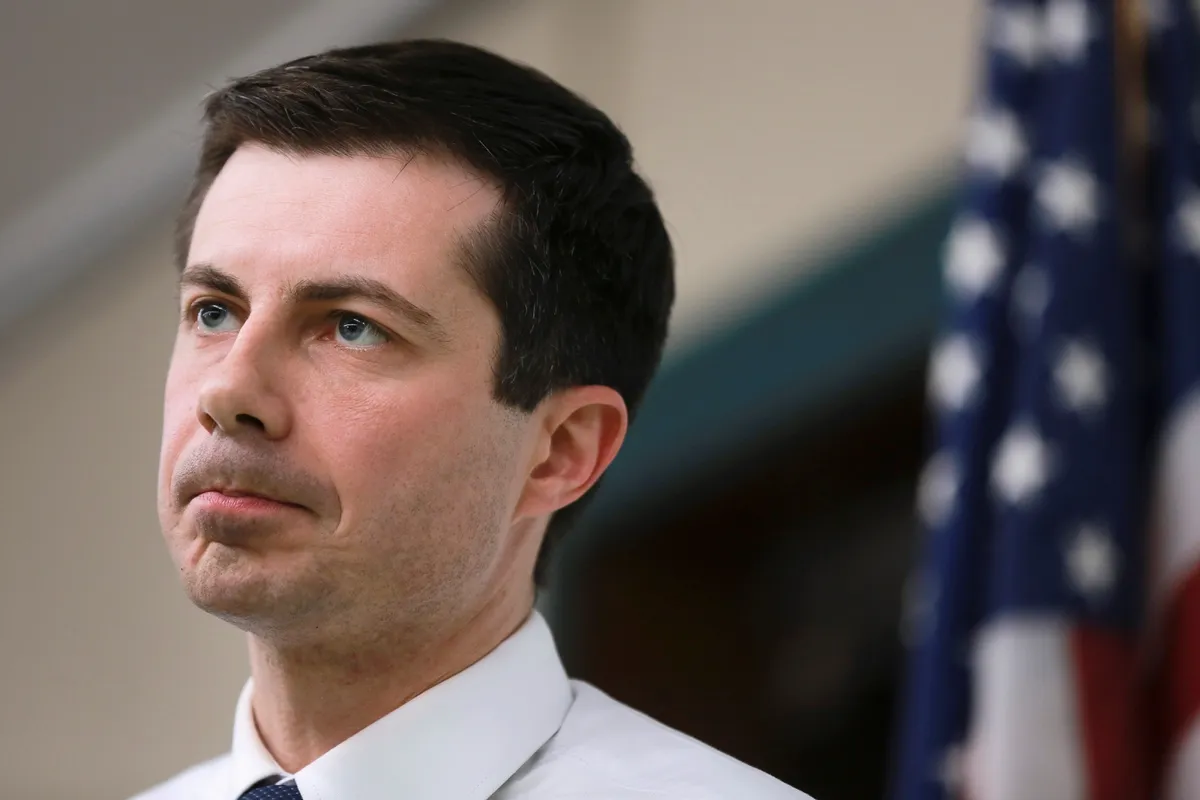 This weekend is Fourth of July.

As a result, nearly 3.5 million Americans will undertake domestic or international flights to enjoy the annual celebrations with their family and friends.

Sadly, many will mark Independence Day by being trapped on airport tarmacs, which is a cruel irony of the situation under Transportation Secretary Pete Buttigieg.

But is anyone surprised? Ever since the Indiana native took office in early 2021, he’s been a proverbial train wreck.

During the middle of the supply chain crisis of October 2021, he opted to take two months of paternity leave (something the Transportation Department never announced). During this time, a supply chain bottleneck emerged in the U.S. – specifically in the Port of Los Angeles – where nearly half of all shipping containers enter the U.S.

This had a huge knock-on effect for businesses and consumers, plus the broader economy.

Then, in February, a Daily Mail exposé revealed he accepted more than $250,000 from campaign donors who subsequently received $33 million in city contracts. According to the report, Buttigieg’s political action committees took cash from 23 different companies that suddenly got jobs from South Bend’s Board of Public Works, the members of whom he appointed.

Since then, little has improved in the world of ‘Mayor Pete’ – especially for airline passengers, who continue to face cancellations and chaos.

As you read this, FlightAware notes there have been 762 delays within, into, or out of the United States, plus 230 outright cancellations. And that’s just today.

A similar situation unfolded yesterday, while on Wednesday there were a total of 5,777 stateside delays and 639 cancellations. That’s roughly 35,000 delays and 4,200 cancellations per week.

These numbers are particularly bad when you consider that Buttigieg earns more than $200,000 a year for his role and that American taxpayers have already supported airlines with $60 billion in federal pandemic aid. The latter was designed to help airlines avoid lay-offs and operational failures, yet both issues continue to cause chronic problems for ordinary Americans. So what the hell is Buttigieg actually doing about it?

According to his fellow Democrats, not much.

Sanders was cheered on by Ed Markey and Richard Blumenthal.

Soon afterward, Democrat Rohit Khanna also waded into the fray. “The Department’s incremental response so far has been lacking the urgency, imagination, and boldness to meet the moment and needs of the American people,” he said in a damning missive.

“We are two years into the pandemic and my constituents are still seeing mass cancellations near my congressional district at San Jose Airport, Oakland International Airport, and San Francisco International Airport. Airports across the country are upending millions of Americans’ travel plans for weddings, reunions, funerals, long-awaited vacations, and other gatherings. The time to reign in the excesses of the airline industry and protect American travelers is now.”

Quite right, too. After all, many airlines are reporting record revenues, so cannot justify their slow-to-respond behavior. For example, American Airlines’ revenue rose to $8.9 billion and United Airlines’ was up $7.6 billion, both more than double since last year.

Obama’s Transportation Secretary, Ray LaHood, was much more hardcore in managing the sector. During his tenure, he fined airlines $27,500 per passenger for excessive delays, which curbed mismanagement and improved efficiency.

Utilizing 49 U.S. Code § 40101, Buttigieg could easily do the same. But, instead, he’s been busy with SJW projects, such as his $1 billion project to fix America’s ‘racist’ infrastructure system, which he recently launched to mass-ridicule.

According to the Associated Press, cities like Portland, Ore.; St. Paul, Minn.; Tampa, Fla.; Syracuse, N.Y.; Houston, and New Orleans are hoping to receive money to remove their ‘problematic’ highways and rail lines.

Meanwhile, millions of airline passengers will enjoy their Independence Day trapped on the tarmac by an industry in terminal decline. Oh, the irony.

Make way for President Pete! Buttigieg ‘priming himself’ to replace bumbling Biden in 2024