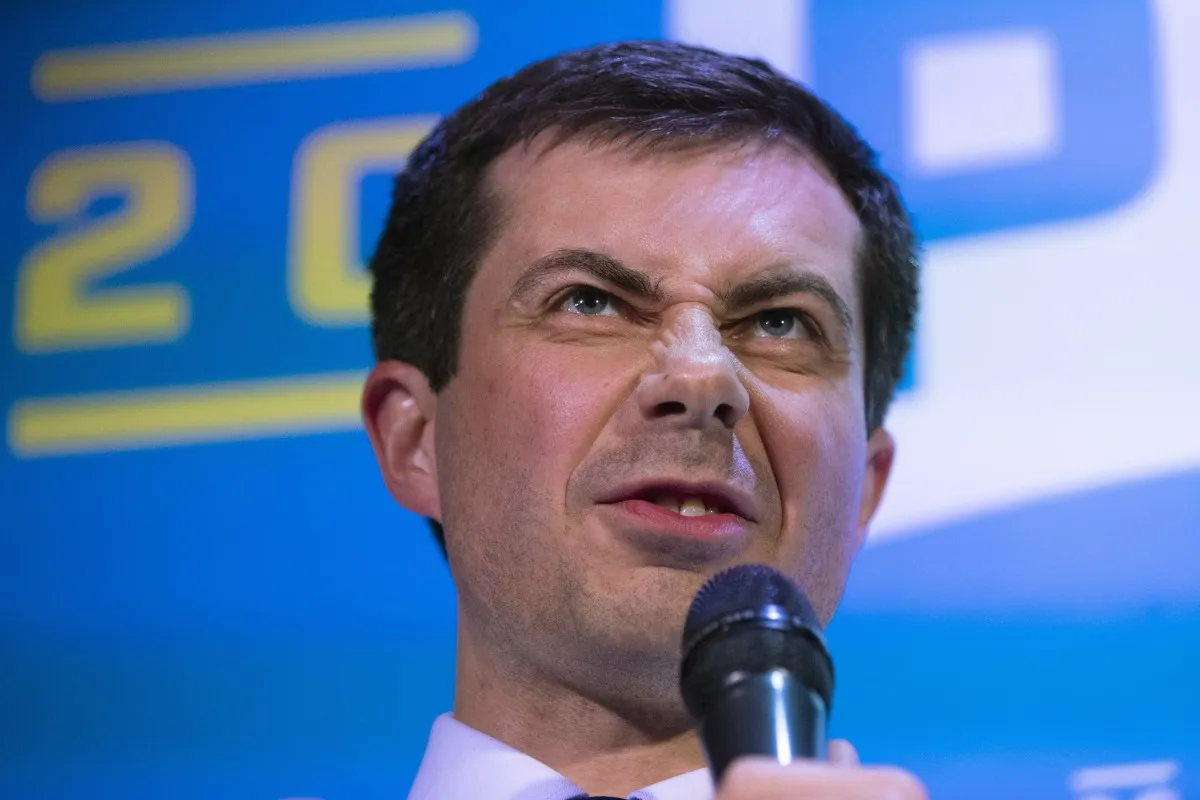 Mayor Pete at a campaign event in West Hollywood, Calif. in 2019 // AP

Politics is an unpredictable game, but one thing appears certain: Joe Biden won’t seek a second term in the White House.

Although it’s not official, nobody with a brain believes the 79-year-old will eek-out his painful governance for another four years; his approval numbers have tanked to a record low, and his public performance is increasingly cringe-worthy — only last week he was seen reading directorial instructions from an autocue.

The incident was so awkward it attracted derision from Elon Musk, who likened Biden’s on-screen presence to Anchorman’s Ron Burgundy.

Like I said, ‘Sleepy Joe’ seems unlikely to stick around.

Obviously, if this happens, there’ll be a rush to fill his seat. And, currently, Pete Buttigieg is hotly-tipped to be the Democtrat party’s frontrunner. Sure, Kamala Harris will likely throw her hat into the ring, but given her terrible track record as vice president, it’s practically a non-starter, giving ‘Mayor Pete’ a major head start.

And, as if by chance, he already appears to be capitalizing on that advantage.

Earlier this month, Buttigieg and his husband, Chasen, moved with their twins born by surrogate to Michigan. According to a spokesperson from the Department of Transportation, the relocation from Indiana was entirely personal and had nothing – nothing! – to do with politics. “Moving to Chasten’s hometown of Traverse City allowed them to be closer to his parents, which became especially important to them after they adopted their twins, often relying on Chasten’s parents for help with child care,” they said.

However, eagled-eyed insiders believe there’s another (more believable) reason — that Buttigieg’s move is about positioning himself for his governmental future. Namely, a presidential run in 2024.

Looking at his recent activity, this theory makes sense. Michigan is much more ‘blue-friendly’ than his previous residence of Indiana, which is a Republican stronghold and rated R+9 on the Cook Partisan Voting Index. Michigan, in comparison, already has two Democrat senators and a Democratic governor, meaning he’s hardly behind enemy lines. Plus, there’s talk Michigan could replace Iowa as the first presidential nominating contest, further making it even more opportune for an aspiring premier.

But that’s not all. Buttigieg has also been busy elevating his own public image with what appears to be a PR campaign. Last week, he attended a Democratic National Committee’s LGBTQ gala in New York City, and shortly before that, he was pictured at a campaign reunion with the executive director of his political action committee, Win The Era.

In recent months he’s also become very interested in wooing black voters. This might explain why he’s been busy with SJW intiatives, such as his $1 billion project to fix America’s ‘racist’ infrastructure system, which he recently launched to mass-bemusement.

Why else would he do all these things when he’s already struggling to perform his role as Transportation Secretary? Thousands of airplanes continue to be grounded, leaving countless holiday-makers stranded.

The only logical answer is rooted in political ambition; he’s not focusing on his day job because he’s busy playing a long-sighted game that’ll get him into the White House, where he can make history as America’s first-ever gay leader.

It’s not as if he hasn’t tried this before. He famously fought to be the Democratic candidate back in 2020. Initially regarded as a long-shot candidate, he rose into the top-tier of the primary by December 2019.

When that dream died, he acted as a surrogate for Biden’s campaign in the general election. He then delivered a speech on the closing night of the 2020 Democratic National Convention, and also announced Indiana’s votes during the convention’s roll call.

These are hardly the actions of a shrinking violet.

However, perhaps the biggest give-away of his aspiration is the alleged rivalry he shares with Kamala Harris. Last year, things got so bad between them that he was forced to deny the allegations on NBC’s Meet the Press. “She and I are part of a team that is disciplined and doesn’t focus on what’s obsessing the commentators. We’re too busy with a job to do,” he said.

“There’s no room to get caught up in the parlor games, and I’m proud to be part of the Biden-Harris team,” he continued, adding that the administration was “laser-focused on getting the job done.”

If that were true, how could he find time to move state and party with campaign staffers in the midst of a travel crisis?

For many people, it seems his sights aren’t set on the current job. They’re fixated on the top job.

Like the 1000s of airplanes under his control, Mayor Pete’s political career should be grounded