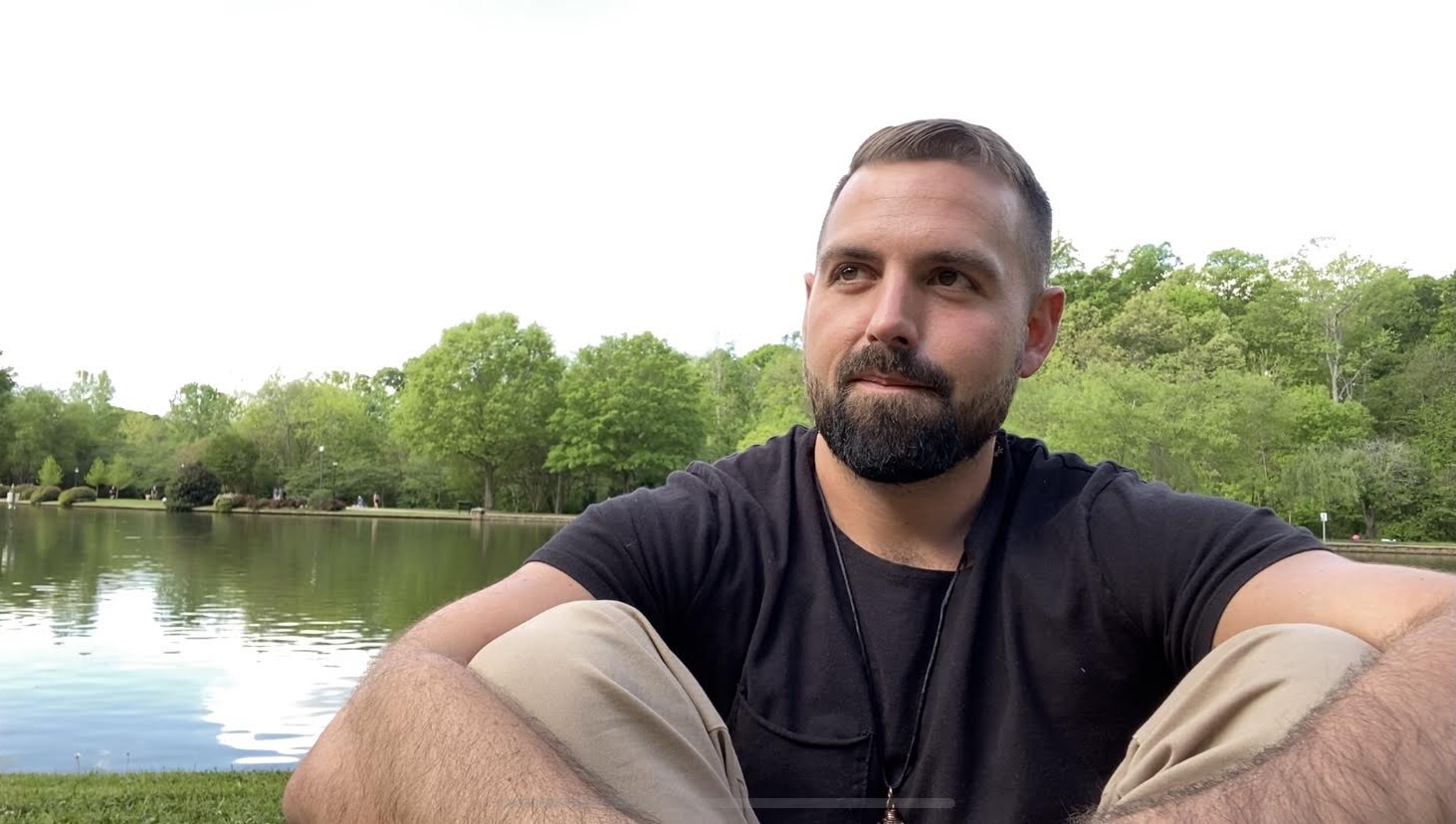 Mack Gleason // Courtesy of the author

My professional career since 2015 has been spent in the beverage alcohol industry representing world class brands such as Crown Royal, Captain Morgan, Smirnoff, Ketel One, Don Julio, Bulleit, Johnnie Walker, and Tanqueray.

When I began representing these brands under a marketing agency I leaned more towards liberal ideology. As a gay man, I perceived liberalism to be more in line with who I was. My reputation and merits in the industry were always highly regarded and respected. I was awarded specialist of the month, I attained over 100% of key performance indicators set each quarter, and in my home market of Charlotte, North Carolina I consistently grew share.

As the pandemic began to affect the bar and restaurant industry, the marketing program reduced hours and compensation then finally dismantled indefinitely in the summer of 2020.

During this period of my career, I was allotted more time to really reflect on who I was as a man and what my true values were. I began to look further into the media narratives. During the pandemic I was able to see through a lot of the media sensationalism surrounding Covid which then led me to revisit sensational claims made about Donald Trump that I had once believed to be true.

I discovered Trump had appointed the first openly gay Cabinet member, helped create the lowest black unemployment rate in nearly 50 years, helped pass legislation to fund millions of dollars each year to black colleges, implemented legislature to crack down on human trafficking, and signed an executive order for medical pricing transparency amongst other newsworthy actions. Everything I thought I knew about our president being a “liar, a racist, and homophobic” was rapidly being dismantled.

I found myself endorsing Trump during the 2020 election cycle. I believe in our individual freedoms, free speech, following the rule of law, adhering to the Constitution, that all men are created equal, and to prioritize education and hard work over forced equality. I believe in smaller government, breaking free from a victim mentality, and empowering yourself. Suddenly, I was a conservative.

Liberalism, on the other hand, has quickly shifted into wokeism and become a way for people to virtue signal to one another about how diverse and inclusive they are while simultaneously rejecting anyone who doesn’t share their beliefs.

Speaking more openly on social media about my newfound political views was met with a wide array of responses. Many comments came from former coworkers who, prior to this time, celebrated me in the company because I was part of the LGBTQ community. During this time, my job was being restructured and held interviews for positions available with about 65% of the original staff to be hired back on.

I was granted the opportunity to interview, and advanced to each round of interviews for the new role, but ultimately was not offered a role despite my longevity in the industry and consistently stellar performance.

I continued my career search until seven months passed and I finally was offered a position with the same marketing company, only this time on their beer side of the portfolio.

After a thorough, multiple-round interview process I began to cultivate great relationships with my field manager, national trainers, and local distributor partners. Then, only three weeks into the job, I was unexpectedly called by my HR team and told that I was “no longer a good fit for the role.”

I pressured the two women from HR for an explanation but was ultimately left with no answer. Then I found out they received a “complaint” about me. I had to do some deep reflection on what could have possibly transpired in such a short period since being hired on.

I was then made aware that the person who made the complaint, and the person behind the original decision to not bring me back into the new spirits program in July, was someone from my past that had just found out about me getting back into the industry only one week prior to my termination.

We’ll call her Jane. And Jane had a newfound distaste for me, taking issue with my political views, especially as they differ from what she assumed they ought to be for a gay man.

After running into each other at a work gathering for St. Patrick’s Day with employees from both the spirits and beer side of the company, and her discovering that I was back in the industry, Jane continued to slander my name as she had done all summer. She then made complaints and false claims to other employees, including to my new team which ultimately led to me being terminated without an explanation.

I understand that we all have different views, but it’s surprising to me that a company who promotes being so LGBTQ progressive would fire me based on my views, as a gay conservative, without any warnings or prior conversations.

I did my own digging into Jane’s social media activity. While I don’t believe personal views should impact an individual’s professional merits, if they are being taken into consideration, I wondered why I had been fired for challenging leftist dogma, but her hatred was considered OK.

“The hillbillies who refuse to wear a mask are the same ones that think a protest is gonna show up at their racist compound looking for a fight. Covid is real, Cletus. Now go wash your hands,” she commented on one post featuring a racist black power fist avatar calling for a statewide mask mandate.

As a representative in the company for North Carolina, a state with plenty of customers she’d slander as “hillbillies,” I was shocked to see such prejudice and stereotyping get a pass.

In another post she wrote, “the uneducated and ill-informed are louder than they’ve ever been.” When someone commented, “I don’t know whether to be sad or murder all of them,” Jane responded, “I am in agreement with you here. It’s maddening.”

I’ve certainly never done anything so shocking as to condone murder, but I no longer had liberal privilege like Jane. She even got her boyfriend involved in a social media harassment campaign against me, calling me a “racist” responsible for “stirring up shit.” Jane “liked” the comment while we both still worked for the company.

I found other examples of leftwing hate from my former coworkers. In one post, a woman wrote on Facebook, “Any Christian that supports Trump, needs Jesus. And a lobotomy.”

Violent comments, vulgarity, and slander goes unpunished if you vote the right way, but I was fired for having a difference of opinion.

In April, I sent emails to the leadership of both the marketing company and the alcohol brand but I have yet to receive any replies. I have been in contact with employees still working there and was told they were advised to not speak with me, and that Jane and her bullying cohorts have not been reprimanded for their social media activity.

Voicing my opinion and staying true to my values has now cost me a career, lost friends and family members, caused my name to be slandered, as well de-platformed and censored on social media. While I still wouldn’t trade my authenticity to prevent any of those things from happening, it is a scary place to be for a country that was built on freedom. If the cancellations and censorship continues, I believe we could be going down a very grim, Orwellian path in this country. Open dialogue, true diversity, inclusion, and recognizing that people will have opposing views is the only way forward.

Mack Gleason is a proud American who believes in true individualism, the right voice our opinions, and not falling into the trend of victimhood.