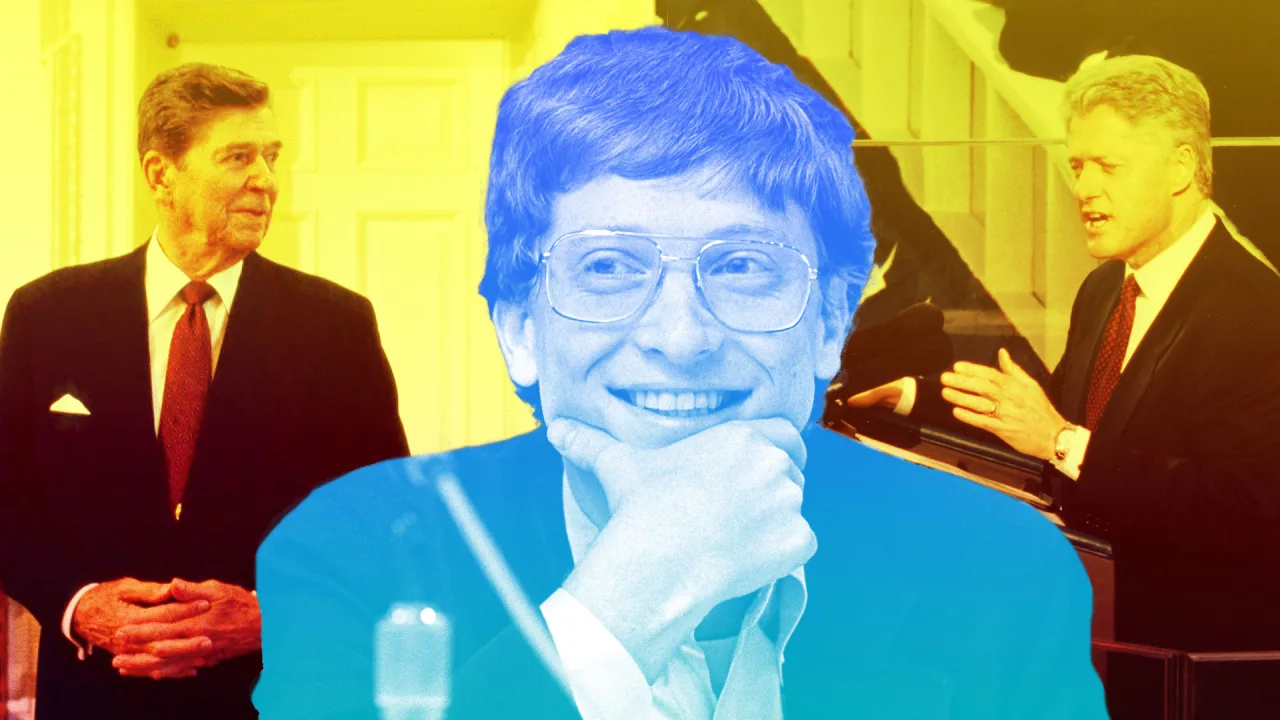 For 50 years, the left and far left have been slowly consolidating power within the main levers of influence in our society. Everything from movies and TV, academia, the mainstream media, culture, and more recently Big Tech have become increasingly unabashed mouthpieces for the Democratic Party and far-left activists. Meanwhile, conservatives have mostly resisted engaging or fighting back in any kind of unified or effective manner. We are now reaping the hellish consequences of that inaction.

The warning signs have been there for decades. University professors have been at the forefront of teaching leftist ideology since the late 1960s. I challenge you to think back to your grade school, high school, and college days and try to remember how many overtly conservative teachers you had. Now, think about how many obviously liberal ones you had. I’m fairly certain, for the vast majority of the public, most people’s foundational schooling came from overtly liberal individuals, with liberal biased assignments and reading. Yet, most of us conservatives when faced with this realization just shrugged and went on with our lives. We knew what we believed, and why we believed it and, thus, we were never threatened by or felt like we needed to “upset” the system by making sure our side was represented.

Or there’s the portrayal of Republicans or conservatives in pretty much every movie and TV show going back to the 1970s as cold, greedy, hypocritical, womanizing creeps. I challenge anyone to find a positive portrayal of a Republican or conservative character during that time period on a mainstream TV show or movie. Of course, the bias was more subtle the farther back you go. The characterizations have morphed over the years from making fun of Dan Quale’s intelligence on shows like Golden Girls or Murphy Brown, to fetishizing the hunting and murder of Trump supporters in the movie The Hunt. Yet, for the most part, instead of boycotting or creating our own media, we just kept watching these shows and movies, safe and secure in our own belief systems and simply chalking the bias up to “more liberal Hollywood.”

There’s been obvious signs of media bias since the 1960 presidential campaign. John F. Kennedy was consistently lobbed soft-ball questions by a fawning media all through that campaign, and once he became president, he “endured” hard hitting questions such as from Sander Vanocur at NBC who asked: “You once said that you were reading more and enjoying it less. Are you still as avid a newspaper reader, magazine—I remember those of us who traveled with you on the campaign, a magazine wasn’t safe around you.”

Contrast that with Sam Donaldson in the 1980s constantly questioning Ronald Reagan’s mental fitness, or Dan Rather airing unverified documents, in coordination with the John Kerry Campaign, regarding George W. Bush’s National Guard service. Of course, that’s small potatoes to the activism shown by the media during the Trump years, where many openly celebrated the fact that they were able to skew the election towards the correct candidate in 2020 for the sake of “saving democracy.”

“A well-funded cabal of powerful people,” Time famously reported about the 2020 election, “ranging across industries and ideologies, working together behind the scenes to influence perceptions, change rules and laws, steer media coverage and control the flow of information. They were not rigging the election; they were fortifying it.”

The bias makes sense when you consider that recent polling shows that over 90% of the mainstream media donated to Democrats in 2020. But guess what? In the 1992 election, the percentage of media donations to Democrats was not drastically different. This problem is not new. The media just feels increasingly safe and insulated enough to play their hand now because they know all the other major levers of influence in society, such as Big Tech, have their back.

Speaking of Big Tech, everything you ever needed to know about how their influence was going to play out could be seen from Bill Gates’s testimony before congress in 1998. The cockiness, self-righteousness, and shear level of Mr. Burns-style-evil that was on display should have made Republicans and Democrats alike suspicious of giving one man so much power and control over our ever-increasing technological world. More than 20 years later, there are now multiple Bill Gates, whose products, software, and information-sharing impact every aspect of our lives. They control what we see, how we see it, and what we are supposed to think about it.

When Zuckerberg, Cook, Bezos, Dorsey, or Pichai come before Congress now, they display the same level of cockiness that Gates did back in the 1990s. Only now, they know they have infinitely more power, and no longer need to hide their political agendas or actions because, well, they know they are too powerful, and control too many politicians and corporate interests in Washington, to be held accountable. There are literally hundreds of examples each day, but take one: the suppression of the Hunter Biden story by Twitter. The New York Post was blocked from posting on the social media site weeks before a pivotal presidential election because Twitter flagged their Hunter Biden story as “Russian propaganda.” Once the election was over, Twitter decided the story was sound, but the damage had already been done (or not done to Joe Biden’s campaign in this case).

After the full story broke, a poll came out showing that one in six people who voted for Biden said that if they knew about this story prior to voting, they would more than likely have not voted for him. Think about that for a moment: one in six! That is easily more than enough to have flipped the outcome of the 2020 presidential election.

And finally, the culture. When it comes to cultural issues like LGBT rights, abortion, racial inequality, and the #MeToo movement, conservatives seemed to have decided they were too uncool to even try to have a seat at the table for those debates. And they never got one. Without a conservative counter-balance or viewpoint to draw from on these issues discussion has taken place in academia, TV, movies, music, and around the dinner table from only one side of the debate.

“Progress” on almost all culture issues is now defined as moving in the direction that only the left has dictated, not necessarily a collective viewpoint that reasonable people on both the left and right might agree upon. Remember “safe, legal, and rare”? That slogan has now morphed into “celebrate your abortion” and grotesque acts such as abortion parties. And that move towards an extreme leftist position is because the only one sitting at the culture war table anymore, with any fight or compelling arguments, is the left.

So what are we left with? An inverted society, where everything up is down, and everything down is up. One where “WAP” is Song of the Year, but “Baby, It’s Cold Outside” is “problematic” and banned on many radio stations. One where liquor stores and marijuana dispensaries are open during Covid-19 lockdowns, but schools and churches are not. One where many Dr. Seuss books must be banned by Amazon and eBay for being “racist”, but Hitler’s Mein Kampf is still being sold on the same platforms. One where Gina Carano is cancelled from Mandalorian over her “right-wing tweets”, but Robert De Niro can openly threaten to harm President Trump on a daily basis and he doesn’t lose a single movie deal or sponsor. One where science is the new religion except when it’s inconvenient for things like gender, lockdowns, and “green energy.” I could go on and on.

There is no point in whining about the reality we are in, and there is really no one to blame for allowing things to get to this point but ourselves. This, for the most part, is a failure of imagination, and a lazy trust in the motto that “truth will always prevail.” If we are going to survive as a society, it is time that within each of our spheres of influence, we voice our own opposition to the bias we see within these institutions both on a personal level (emailing, calling, in-person meetings) and publicly protesting the mass-silencing of conservatives that is now taking place.

It’s always best to give people the opportunity to do the right thing, and I do think some institutions in society would be open to discussions about being more inclusive of different political perspectives if constructively called out on their current failings. Where those efforts are not successful, however, and there is no reciprocal effort to constructively engage, we as conservatives must do the hard work of disassociating ourselves with these organizations, and begin to form our own tech platforms, media and entertainment companies, and academic institutions. Until now, there has been no penalty to leftist institutions to push a one-sided agenda. It’s up to each of you to change that because the survival of our democracy absolutely depends on it.

Matthew Craffey has a bachelor’s degree in political science from California Lutheran University and is the Chairman of Log Cabin Republicans of California. He lives in Los Angeles.