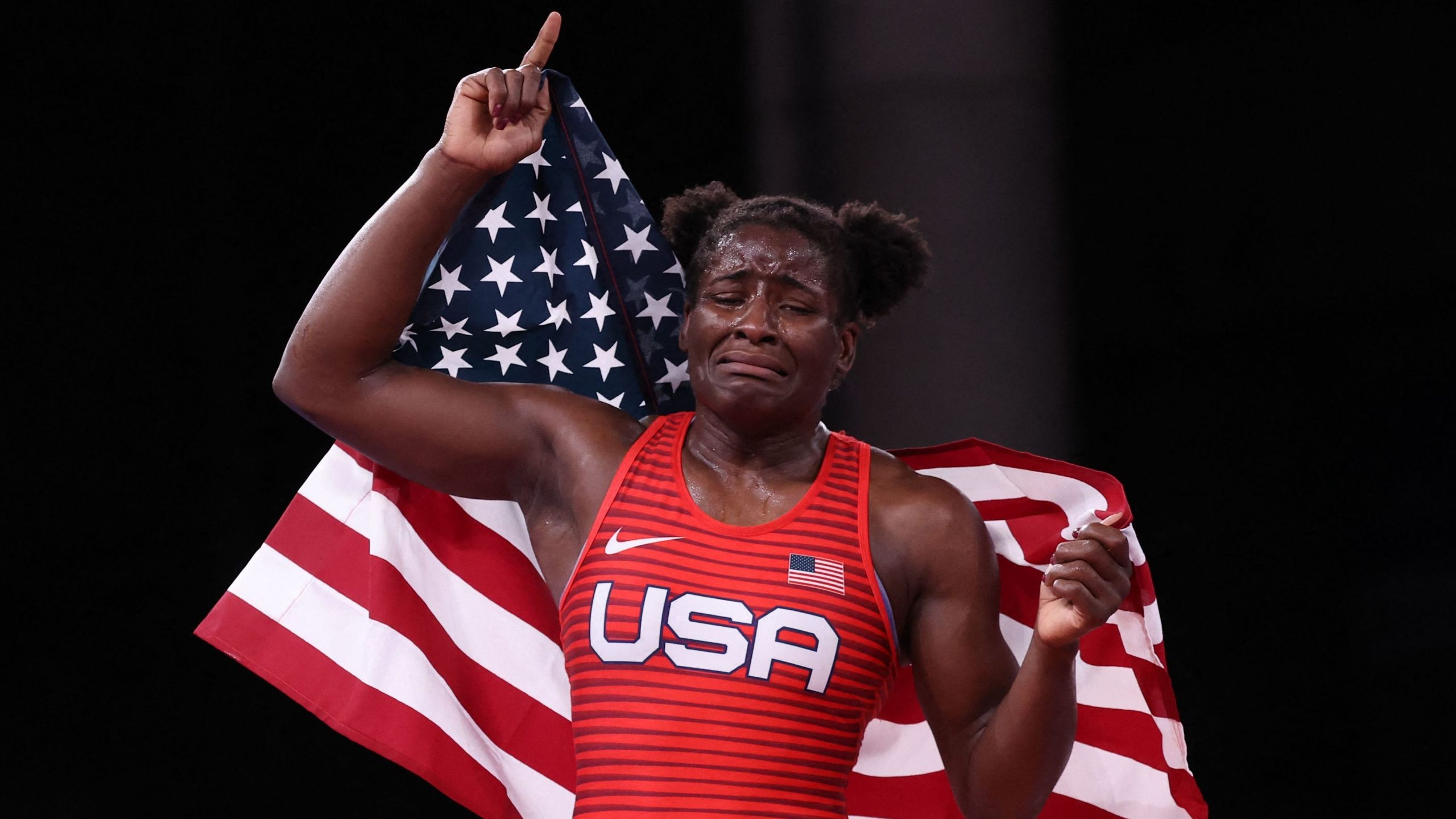 As a student in the late nineties, I wrestled all four years of high school and was the team captain as a junior and senior. My family has deep roots in the sport. Two of my older brothers competed, and I have a cousin who is a U.S. National Champion. I, on the other hand, was nothing to write home about. Still, I understood the foundation of our sport, especially when it comes to the culture of our wrestling room.

Time and again, there would be a brave girl who wanted to try out for the wrestling team. Although it was rather unusual, it did occur, and generally met the same fate. The young lady would walk in the room with her head up and quickly stumble out with her head down. After all, this is a “man’s sport,” and we made it a point to let them know it.

We did not go out of our way to intentionally hurt any female participants, but our coaches instructed us to treat her as if she is one of the boys. So, we did. Straightforward, in your face, non-stop physical wrestling. I must say, I never understood then why girls would purposely put themselves in that situation because it rarely ended well for them. More often, they would quit the team due to injury-related issues.

Regardless, the sport of wrestling had little room for a girl on the team because she would have to earn her spot through mental toughness, brutal physicality, and sheer aggression. The mental game was not the issue – it was the biological difference in muscle composition, bone density, lung capacity, and larger hearts that was the common barrier. For these reasons, women were directly disadvantaged to men not only in our sport but many others outside the wrestling room.

Fast forward to 2014. I’d been coaching high school wrestling in the Coachella Valley since 2001. I was the head coach of the top ranked program in our section. I was blessed to have enjoyed multiple championship titles with outstanding school administrations, dedicated students, and supportive parents. We had an overwhelming interest from female students who wanted to participate in our program. However, the young ladies did not want to be another statistic in a traditionally male-dominated sport; they wanted their own all-girls wrestling team.

In the fall of 2014, a unique opportunity was presented to our team. A fantastic up-and-coming young lady transferred to our school and indeed led the charge as the inspiration to create the first all-girls wrestling team in our region. I must say, her family was instrumental throughout the entire development. The process was quite rigorous, but we managed to prove to the administration and school district the importance of establishing a brand-new sport on our campus.

With the district’s approval, we made history as the first all-girls wrestling team in the Coachella Valley.

The district granted us a stipend to pay a coach. Our staff could design singlets that conformed to a female body instead of wearing male-cut outfits. Best of all, we finally could compete against other all-girl wrestling teams to give our ladies an equal opportunity at success. The ladies could ultimately define the culture of their own wrestling team, and this was beyond exciting.

According to the National Wrestling Coaches Association (NWCA), female wrestling is currently the fastest-growing scholastic and collegiate sport in the entire U.S. More ladies are inspired and encouraged to compete without the biological hurdles that historically set them at a disadvantage. We are in the dawn of a new competitive sport in our nation that encompasses true feminism with an equal playing field.

The sport received an additional boost last week at the Tokyo Olympics when American freestyle wrestler Tamyra Mensah-Stock took home the gold medal for the U.S. A video of the overjoyed champion went viral, and warmed Americans’ hearts, as she spoke of her hard work and pride in representing her country. It was a sharp contrast to other female Olympians making headlines recently, like soccer player Megan Rapinoe and hammer-thrower Gwen Berry, who instead “take a knee” during the national anthem or turn their backs on Old Glory.

But female sports are in danger. The extreme Left is hell-bent on stopping this historic achievement, and the Democrat Party is spearheading the desire to diminish all-female sports in the name of equity.

Across the nation various federal and state legislators are proposing bills that would protect transgender athletes from participating in the sports of their self-identified gender. One, in particular, is causing massive backlash: ladies wrestling. In 2018, we observed a transgender boy win the Texas girls’ state wrestling title for the second time while being treated with steroid therapy. Although he was born a female, the steroid treatment has created a massive controversy due to his advanced physical stature.

On the other hand, we see men who identify as women compete in all levels of athletic competitions that stretch as far as the Olympics. Laurel Hubbard is a transgender weightlifter who was accepted by the International Olympic Committee (IOC) to compete for New Zealand at the Tokyo Olympics. She became first transgender athlete to compete at the Games in world history, but failed to complete her first three lifts last Monday night. Exactly, how was Hubbard’s inclusion in the Games fair to natural women who dedicated their lives for a shot at achieving Olympic gold?

Ultimately, these cases provide evidence of an inequality that is supported and encouraged by Democrat legislators at home. The traditional female wrestlers who competed for the state championship will continually miss out on scholarship opportunities if a transgender female, someone born male, is allowed to compete in their sport. Hubbard may not have received a medal, but she opened the floodgates for what will happened next time. How much suspicion and resentment will hover around that eventual transgender gold medal winner? Will female athletes in the Olympics feel comfortable speaking out, at the risk of facing the cancel culture mob? This is not equality nor the basis of feminism.

Our program and others saw a need to provide a space to allow young ladies to participate in a competitive sport. The intention is to give them a chance at obtaining success and colligate opportunities that were not available to them before because of the biological differences between the two genders. By blurring the definition through nonscientific theories we are doing great harm and a disservice to women.

Transgender individuals are a part of our society. They are members of our communities, neighborhoods, and families. It is not my prerogative to dismiss nor alienate them from sporting competitions. However, we must find a solution that does not allow sex-specific biological features to give an advantage while competing. Likewise, administering steroid therapy during competition cannot be tolerated – regardless of a personal decision to transition. Why? Because it also creates a disadvantage to other athletes.

Our nation has an innate ability to recognize our mistakes and provide a solution to remedy our past. We have seen this time and time again. Forcing women to compete against natural born males in a contest that requires physical strength as a leading attribute is wrong. By doing so we have abandoned the idea of equality to embrace the illogical notion of equity. Women do not win in this scenario, and therefore, the push to allow transgender athletes to compete in all-girls sports is discriminatory. At no point does this idea support an equal opportunity built on the bedrock of fairness.

Our responsibility is to acknowledge illegitimate social justice claims and call out those who attempt to triumph these false causes. If you stand for true equality and feminism, then it is critical to oppose Democrat politicians and lawmakers who pretend to be in the LGBT corner while doing real damage to everyone else.

On his first day in office, President Biden signed an executive order which forces schools to embrace transgender women to compete on girls’ sports teams. If they refuse, those academic institutions could lose federal funding. In February, the Democrat-led House of Representatives passed H.R.5, the so-called Equality Act, that would cement these threats into law.

The bill claims to prohibit discrimination based on sex, sexual orientation, and gender identity. What happens when the bill designed to protect against discrimination creates more?

Nick Meade is the president of Log Cabin Republicans of Coachella Valley and was named the first openly gay high school wrestling coach to win the California Interscholastic Championship (CIF) team title in the history of California.

I used to manage male strippers. Am I allowed to be a conservative?