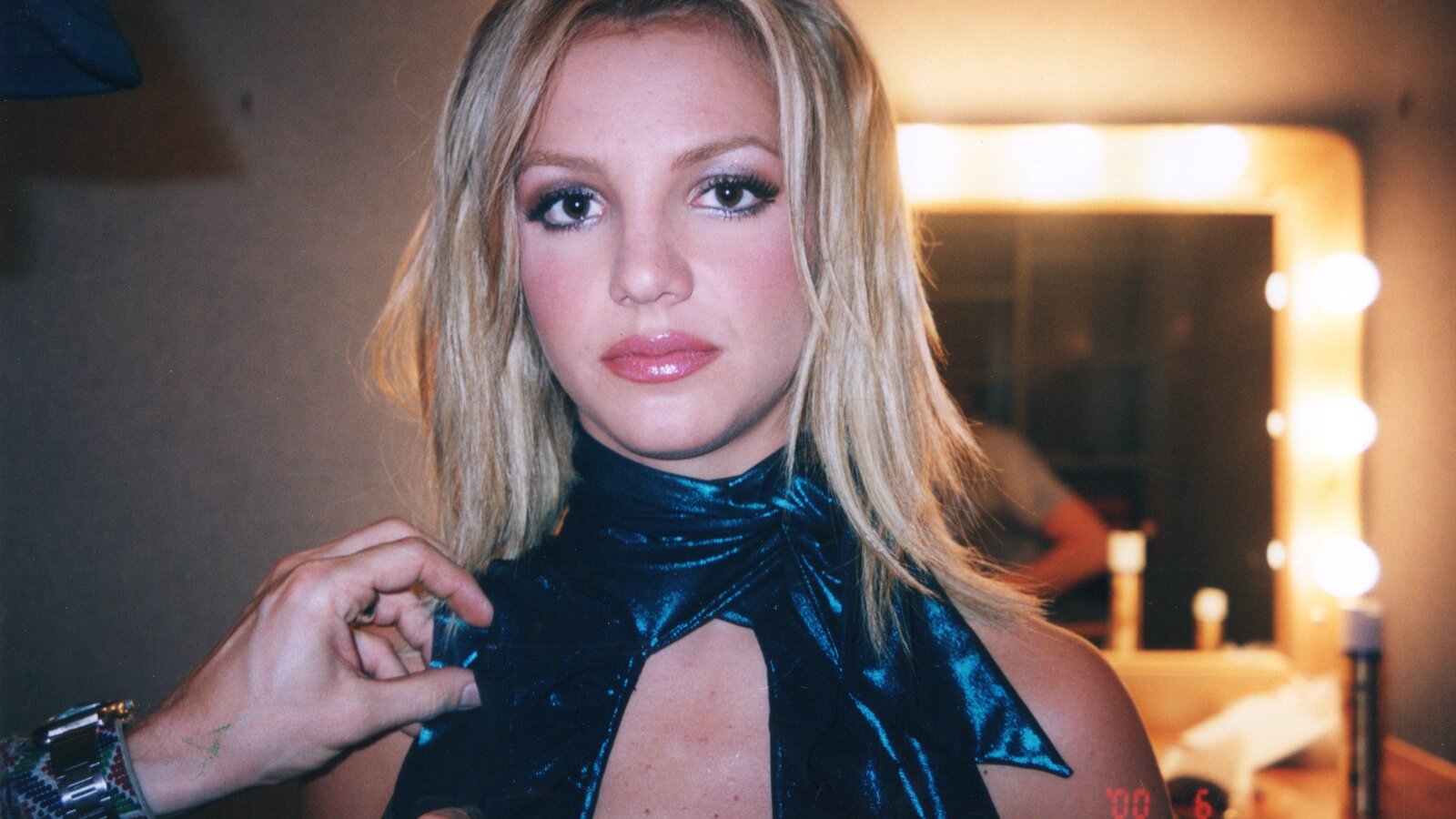 On January 12, 1999 a cultural icon and eventual Princess of Pop was introduced to the American people. Britney Spears, in her release of “Baby, One More Time” acted as an earth-shattering comet striking the entertainment world and lighting it ablaze. With a seemingly never-ending repertoire of record-breaking hit after hit, Spears seemed poised to “Keep on dancing till the world ends,” and her fandom lapped up every drop of it.

By reinventing the pop wheel once again with her nonstop dance music and sex appeal, Spears almost single-handedly paved the way for artists currently enjoying their hay-days and found her way into almost every facet of American life. Gay men particularly flocked to Spears faster and with more thirst than they do to a rainbow-clad brunch. She became a staple in their clubs, bars, circuit parties, cruises, Pride parades, and playlists. It didn’t matter age, race, political disposition, or religion, gays worshipped the pop goddess.

Little did the world know that a mere nine years into her stardom, the Princess began her all but complete submission to sinister forces that sought to use and abuse the starlet for their own enrichment.

Midway through 2006, unflattering stories surfaced regarding Spears’s erratic behavior and state of mind. The most infamous moment came in 2007, where Spears was caught by over 70 paparazzi shaving her head after her stylists refused to do it for her. Almost instantly, the story went global and people wondered if the “Toxic” superstar had cracked.

Perhaps the incessant paparazzi attention, endless tours, and grueling parade of interviews finally began to take its toll. South Park even dedicated an episode to her, which depicted Spears slowly disintegrating by the constant limelight and attention of the press. The episode’s message was clear: leave Britney alone and let her have some semblance of normalcy. While other moments, such as her lackluster performance at the 2007 MTV Video Music Awards added fuel to the fire that Spears was undergoing personal trouble, it didn’t stop her from continuing her accent into superstardom.

In 2008, however, Spears was put under conservatorship of her father Jamie which gave him complete control of the star’s financial assets. This agreement consigned Spears’s entire life to be managed by everyone but herself. She became her own spectacle in her own world, living out the lyrics of her 2008 classic – “all eyes on me, in the center of the ring, just like a circus.” Her father and those who colluded with him–lawyers, doctors, managers–called the artist’s bluff when she sang, “You want a piece of me?” They did. And they got much more than that. As sources recount it, this was the beginning of a 12-year, behind-the-scenes hell as she continued her mind-blowing success.

Since the conservatorship, which was put in place because Spears was deemed unfit to manage her own life, she has released four chart topping albums, four tours, a four-year residency in Vegas, broke the Guinness Book of World Records for being the youngest female artist to have five records debut at number one in charts, was a guest judge on X-Factor, appeared in TV shows and cameos in film all while helping to raise her children. This is also in the midst of constant choreography creation, navigating personal relationships, staying one of the sexiest women in entertainment, and doing it all with a smile.

Apparently, Spears should be deemed as the most successful unfit person in world history.

In 2019, a spark of hope emerged as the femme fatale remained under the constant chains of her conservatorship in its never-ending chant of “Gimme More.” After the indefinite cancellation of her residency in Las Vegas, apparently sparked by a medical emergency and subsequent stay in psychiatric facility due to stress, a leaked audio message from a member of the star’s legal team alleged that she had been forced into the facility by her father for refusal to take her medication and a violation of her no-driving rule.

More than that, it alleged that the conservatorship ought to have ended in 2009 and that Spears has been suffering for over a decade in an agreement that should have dissolved. In the midst of the scandal, #FreeBritney was born.

Fans showed up in protest outside West Hollywood City Hall in 2019 and demanded the immediate release of Spears from the psychiatric facility. The protestors seemed to embody the star’s own lyrics, “I’ve had enough. I’m not your property as from today. You might think that I won’t make it on my own, but I’m stronger than yesterday.”

Two days later, Spears was released. Since then, and most recently with Spears’s bombshell court testimony last week, #FreeBritney has been supported by many in Hollywood including Cher, Miley Cyrus, Paris Hilton, Justin Timberlake, Mariah Carey, and Rose McGowen, among others.

Last Wednesday, as she gave testimony in court Spears described her psychological ordeal. “I’m in shock. I’m traumatized. I’m so angry, it’s insane.” She also revealed that she’s not allowed to drive in a car with her boyfriend and that she’s been forced to wear an IUD against her will, preventing her from having more children which she wants.

While reproductive rights are always a hot-button issue in the political landscape, one would be hard-pressed to find anyone who believes this is nothing short of a human rights violation. In fact, Human Rights Watch has even retweeted #FreeBritney tweets on their Twitter account. It’s clear: preventing a woman from reproducing is tantamount to forced sterilization, something that those on the left and right alike would rightly deem abhorrent.

#FreeBritney has enjoyed particular support from the elephant side of the aisle. Representatives Jim Jordan (R-OH) and Matt Gaetz (R-FL), and recently Senator Ted Cruz (R-TX), have all publicly voiced support for ending the conservatorship of Spears. It was Jordan and Gaetz who sent a letter to Rep. Jerry Nadler (D-NY) who oversees the House Judiciary Committee that requested review of the conservatorship.

While Democrats remain largely quiet in the wake of the star’s testimony last week, it would be shocking if we didn’t see bipartisan support on this issue in the coming days and weeks. Being the party of “my body, my choice” and fighting for reproductive rights, it’s merely a matter of time before Democrats jump on board the #FreeBritney train. Their constituency, including their allies in media and Hollywood have already spoken out. They will realize eventually it’s a battle worth attaching themselves to because, after all, it’s Britney, bitch.

In a culture currently ravaged by seemingly perpetual division, there are seldom moments we find overwhelming agreement in a particular issue. If Matt Gaetz, Miley Cyrus, Mariah Carey and the Log Cabin Republicans can all agree on something, the debate anywhere else should effectively end. At the end of the day, while our judicial system decides on the matter, Spears has won in the court of public opinion. More than that, it should cause us all to take a deep look into how we treat young stars who became global sensations overnight. We all helped Spears into this situation in our small ways and it’s good that we are hopefully helping her out of it.

As we watch the drama unfold, may we never forget this woman’s strength, tenacity, and perseverance. She will succeed in her endeavor to free herself and as we gaze in admiration at this superstar’s power, we only need to remember her own lyrics:

Everybody’s talking all this stuff about me

Why don’t they just let me live?

I don’t need permission, make my own decisions.

Joel Brizzee is a Santa Monica, Calif. resident and a Senior Columnist at the California Globe. He sits on the board of Log Cabin Republicans as Social Media Chair.

Conservatives ceded all influence to the left. We are now living the consequences.