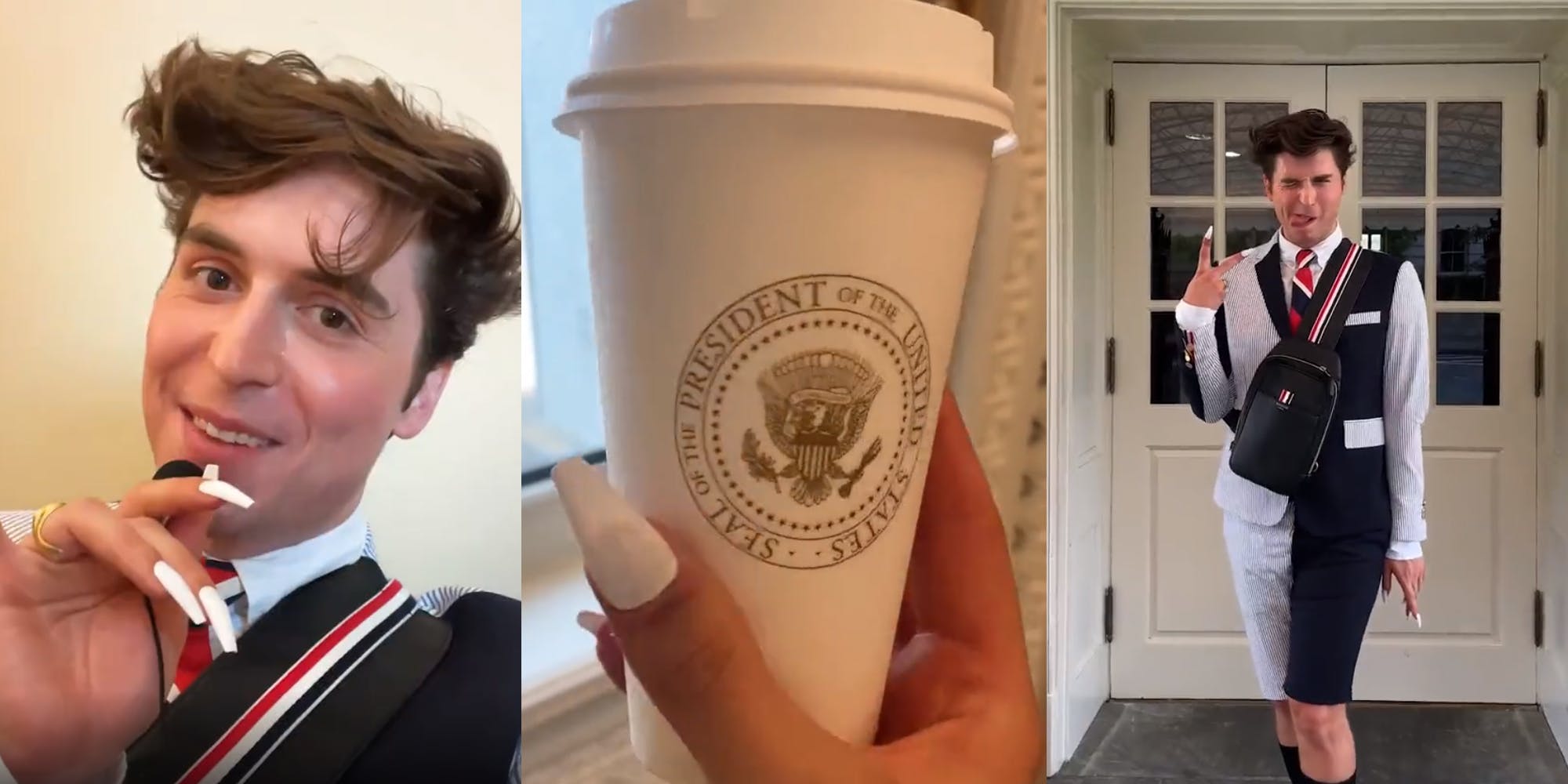 The left has been waging a war on comedy for several years now. Any joke that had the propensity for offending even a singular person was forbidden and enough to get you canceled. Trying to explain the joke and how humor works only inspired louder shouts of “Racist!” and “Bigot!” For quite a while, I racked my brain trying to figure out why the left wanted to stamp out laughter and the joy that it brings. Then it dawned on me. The left is not funny, but the right is, and they know it. The left is envious, plain and simple.

A recent dismal failure of a comedy sketch has made its rounds on social media and sparked some lively discussion. A video of a Jack-McFarland-esque flamboyantly gay intern at the White House was created in cooperation with Press Secretary Jen Psaki’s office to push vaccine awareness. The little twink clad in what at one point seems to be a woman’s suit donning fingernails so long that completing basic bathroom functions would be rendered impossible struts around incompetently and reinforcing every gay stereotype in the book.

The entire video relies on a caricature dropping papers and talking about nail appointments. There are no actual jokes, nothing that provokes thought or processing that would then elicit a slight chuckle.

To say I was offended would be an understatement. As a gay man, I was not offended by the overly feminine, limp-wristed character I was watching on my phone screen; that would make me a hypocritical leftist. And we all know that if a conservative had made a video even remotely like this, the screams of homophobia would be loud enough to wake the dead Joe Biden voters.

No, I was offended by the sheer fact that what I was watching was pointless and devoid of any real humor. I want that one minute of my life back. Plus, apparently the whole point of the video was to promote the Covid vaccine. Had the original Instagram post not mentioned that fact in its caption, I would have had no clue. Mission: not accomplished.

When conservatives like Donald Trump, Jr. voiced their opinions on the ridiculous and unfunny video, they were ridiculed for not getting the joke by the Advocate in a story that apparently passes as news.

“The outrage has left others wondering if the right wing understood that the video was a joke — or understood its purpose,” the Advocate naively wrote. Allow me to clarify for the “news” outlet. Yes, we understand it is supposed to be a joke. We just don’t find it funny.

What’s more is I remember many on the left, and even some on the right, complaining that Trump’s White House was a circus and “unpresidential.” Trump would crack a joke during a press conference or speech, and the response was always that armageddon was upon us. The White House must have given the green light for this embarrassment of a video. It was filmed on location, and Jen Psaki’s tax-payer funded time was wasted in her participation. But somehow this sad clown show is an acceptable and respectable circus since it comes from Joe Biden’s White House.

Because the right loves to get our jabs in, another video, this one created by a black conservative Twitter personality, made the rounds. It was a satire of a satire, a playful mocking of the original atrocious sketch. The main difference? This one actually had jokes. The characters poke fun at Joe Biden and Kamala Harris without going below the belt.They have references to the dystopia that our country is becoming with the careful placement of Orwell’s novel 1984 and lines like “Communism is calling.”

Don’t be fooled by the left’s ploy to dismantle humor. It is in the guise of woke political correctness. But the reality is that jealousy is a disease more deadly than Covid—just ask Desdemona—and I wish the left a speedy recovery.

J. Mitchell Sances is a Baton Rouge, La. native who recently relocated to Los Angeles. He is a linguist and writer working to help save the America he loves.

Behind her shiny eyes