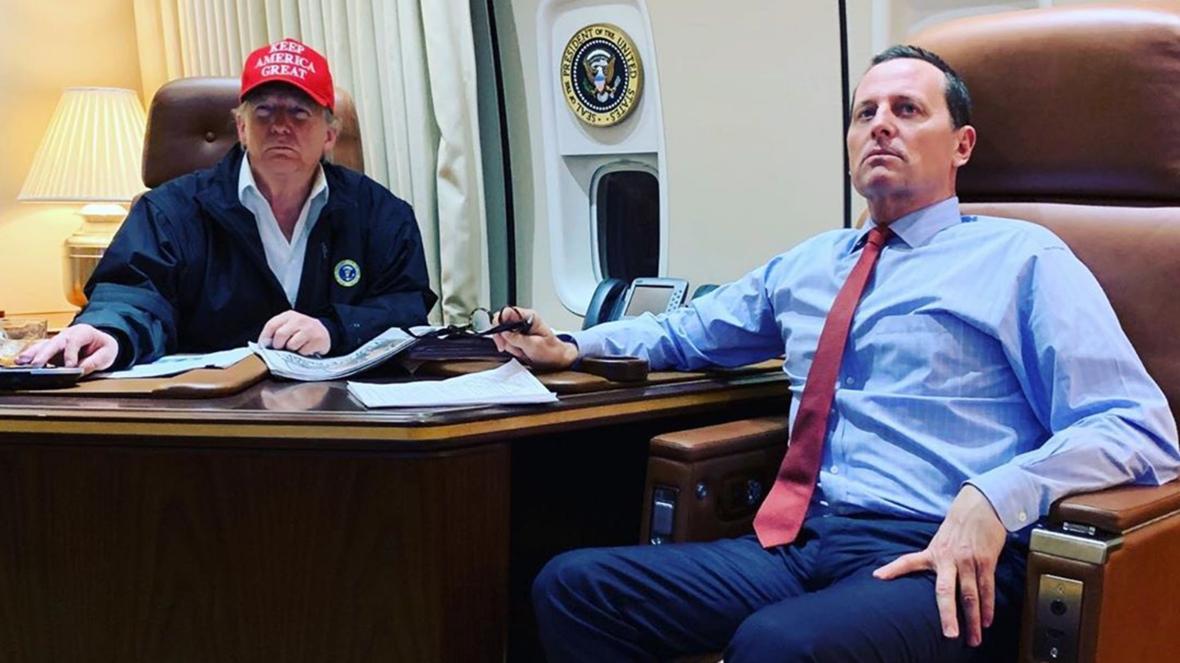 Among the top priorities of Biden’s initiative is the decriminalization of homosexuality in the roughly 70 countries that jail or execute LGBT citizens. During his first days in office, Biden hijacked the cause from President Trump, who had placed former Acting Director of National Intelligence Richard Grenell at the helm of the effort. To date, it marks the third time Biden has pilfered policy from his predecessor relating to LGBTs, including Trump’s HIV prevention plan and policy regarding transgender military service members.

Albawaba, an English-language news outlet based in the Middle East, reported in 2019 that the Trump administration’s push for LGBT global rights was sparked by the hanging of a 31-year-old man in Iran. At the time Grenell wrote, “The recent press reports, first carried by the Jerusalem Post that the Iranian regime publicly hanged a 31-year-old man for being gay should be a wakeup call for anyone who supports basic human rights. Politicians, the UN, democratic governments, diplomats, and good people everywhere should speak up – and loudly.”

The recent brutal beheading of a 20-year-old gay man in Iran may have sparked renewed interest in pursuing the decriminalization of homosexuality. No one in the Biden administration, however, has publicly acknowledged that murder at any time in the nearly two weeks since it occurred.

In a report about Biden’s announcement, the Washington Blade, a gay newspaper, admitted former President Trump and Grenell “[led] a decriminalization initiative.” The paper then slammed the former President and his administration for withdrawing from the United Nations Human Rights Council, “which in recent years has emerged as a vocal champion of LGBTQ rights around the world,” the outlet falsely claimed.

In 2018, the Trump administration decided to pull the US from the UN Human Rights Council because the administration saw it as a hypocritical body stacked with members nations that were among the world’s worst human rights abusers. At the time the BBC reported, “The council is the world’s top human rights watch dog but its current 47 elected member states include Saudi Arabia, Egypt, Venezuela and the Philippines, akin, some critics might say, to the fox guarding the henhouse.”

With countries like Saudi Arabia and Egypt among the roughly 70 nations who criminalize homosexuality, the Trump administration viewed the council as a farce and no longer wanted the US to be part of it. Very recently, the council member states have changed but the problem persists. Countries like Senegal and Pakistan that criminalize homosexuality are newly elected members. Nevertheless, the Biden administration is seeking to reengage with the council.

British gay blog Pink News also reported on Biden’s recent announcement. Similar to the Blade, the gay rag took shots at former President Trump, writing, “The Trump administration claimed to have launched a campaign to [decriminalize] homosexuality around the world, but human rights experts described it as nothing but a ‘sham,’ and there was little evidence of it ever existing beyond an initial press release.”

“The US opposed [criminalization] long before president Trump took office – and saying people shouldn’t be imprisoned for being LGBT+ is the bare minimum of what the US should be doing, not a bold [endeavor],” he continued. Neither Graeme Reid nor Human Rights Watch have commented on whether the Biden administration’s recent announcement constitutes a “bold endeavor” or if it is more “smoke and mirrors.”

Following the Trump administration’s announcement of the decriminalization effort, the nation of Sudan removed the death penalty for homosexuals in the summer of 2020.

But Pink News further suggested the Trump and Grenell initiative was illegitimate. “If the campaign is indeed real, it seems Trump isn’t aware of it,” the leftwing outlet snarked, claiming when Trump was asked about it by a reporter he responded, “I don’t know which report you’re talking about. We have many reports.”

However, months before that Pink News story was published, President Trump spoke before the UN General Assembly and directly addressed his administration’s decriminalization campaign.

“As we defend American values, we affirm the right of all people to live in dignity. For this reason, my administration is working with other nations to stop criminalizing of homosexuality, and we stand in solidarity with LGBTQ people who live in countries that punish, jail, or execute individuals based upon sexual orientation,” he said.