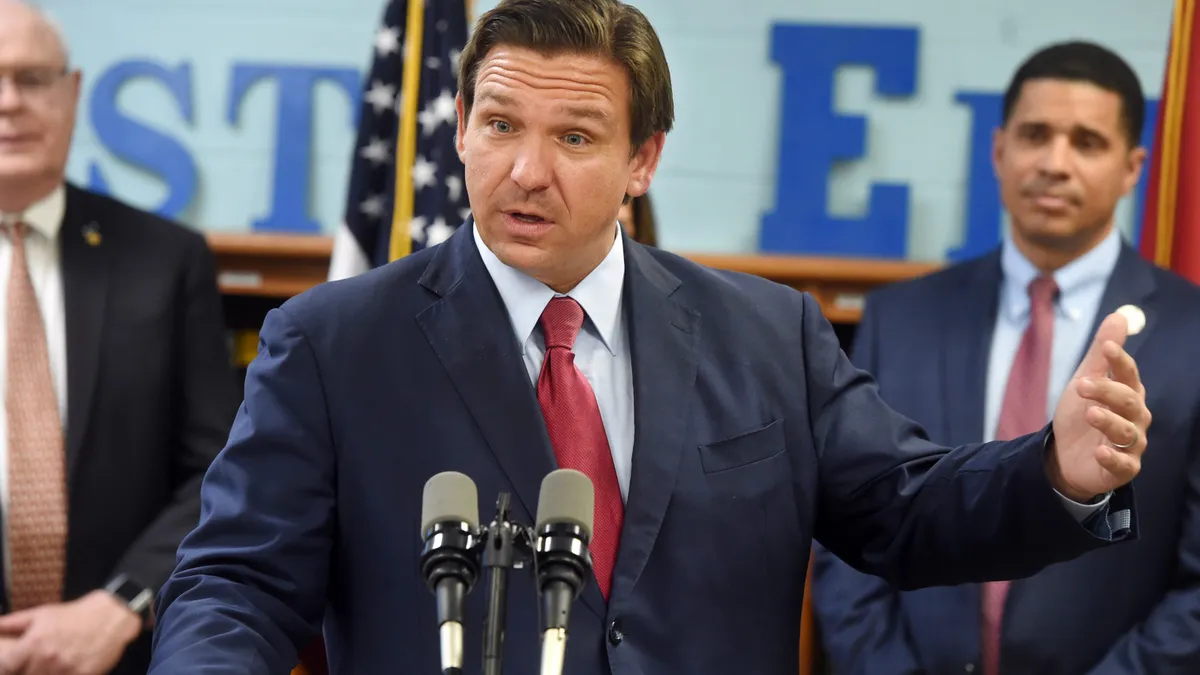 A National Tracking Poll released back in April showed some interesting, alarming, and somewhat positive results. But a dive into the respondent demographics and the actual questions that were asked, reveals some of these results should be taken with a grain of salt.

The Advocate published a piece in May highlighting some of these poll results, but as is their habit, they did so disingenuously. The outlet reported “that 68 percent of all respondents strongly or somewhat supported sexual education being taught in K-12 schools, with only 23 percent of those polled opposed.” This was treated by the publication as a win in the court of public opinion over the “Don’t Say Gay” law passed in Florida. They centered their article on this statistic while mentioning that the poll came out right after the infamous legislation became law.

The poll also showed, however, that most respondents opposed the teaching of sexuality and gender identity in schools. A plurality of 45% opposed it and only 21% strongly approved. Furthermore, when asked if a teacher should have any influence on a child’s sexuality or gender identity, 55% of respondents answered “not much influence” or “no influence.” While the Advocate mentioned some of these more pertinent statistics from the poll, they treated them as an afterthought instead of the central point–all in order to push a false narrative.

The law that the Democrats and the Advocate have continuously slammed very clearly states, “A school district may not encourage classroom discussion about sexual orientation or gender identity in primary grade levels or in a manner that is not age-appropriate or developmentally appropriate for students.” Therefore, the statistic surrounding the disapproval of sexuality and gender identity should be the primary focus here. And these poll results suggest that a plurality of Americans support this type of legislation.

On the other hand, “sexual education” is a horse of a different color. I imagine when most people hear that phrase they picture a high school health class in which a coach is putting a condom on a banana and flashing slides of syphilitic infections. This has been standard practice for the better part of 30 years. It is no surprise people do not oppose it. This information is a matter of public health and a deterrent to teen pregnancy.

This brings up another aspect of the poll, however—one that can be seen as an indictment against its validity. These questions were about the education of all minors, from kindergarten to seniors in high school. That is an incredibly large range of ages. Even splitting the population into two categories, kindergarten to 5th grade and 6th grade through high school, would give a better picture of how people actually feel about sexuality and sexual health education. Can we really glean any information from such broad questions?

These statistics suggest that the sexuality of teachers does not matter to most Christians. They don’t care who teaches their children as long as they do not try to indoctrinate them. For a group of people that the left constantly maligns as “homophobic” and “intolerant,” these percentages suggest quite the opposite.

As a journalist and researcher, I would be remiss and negligent if I did not point out a large methodological and demographic flaw in this poll. Most of the questions in this poll centered around education of American minors. However, a large majority of the poll respondents were not parents. In fact, 74% did not have children while only 26% did. This means that when asked about preferred teacher demographics and teaching methods, most responses were based on hypothetical scenarios for the participants. People’s attitudes and opinions are bound to be different if these questions had some basis on their actual lived reality.

Between the broad and overreaching questions and the skewed population of participants, it just reinforces the fact that most polls should be taken in stride. When you break down the minutiae and details, they tend not to be indicative of reality and people’s true opinions. And when publications like the Advocate spin and report the data misleadingly, it just compounds the effect of the disinformation.

Is AOC a liar or delusional when she wields the rainbow shield?