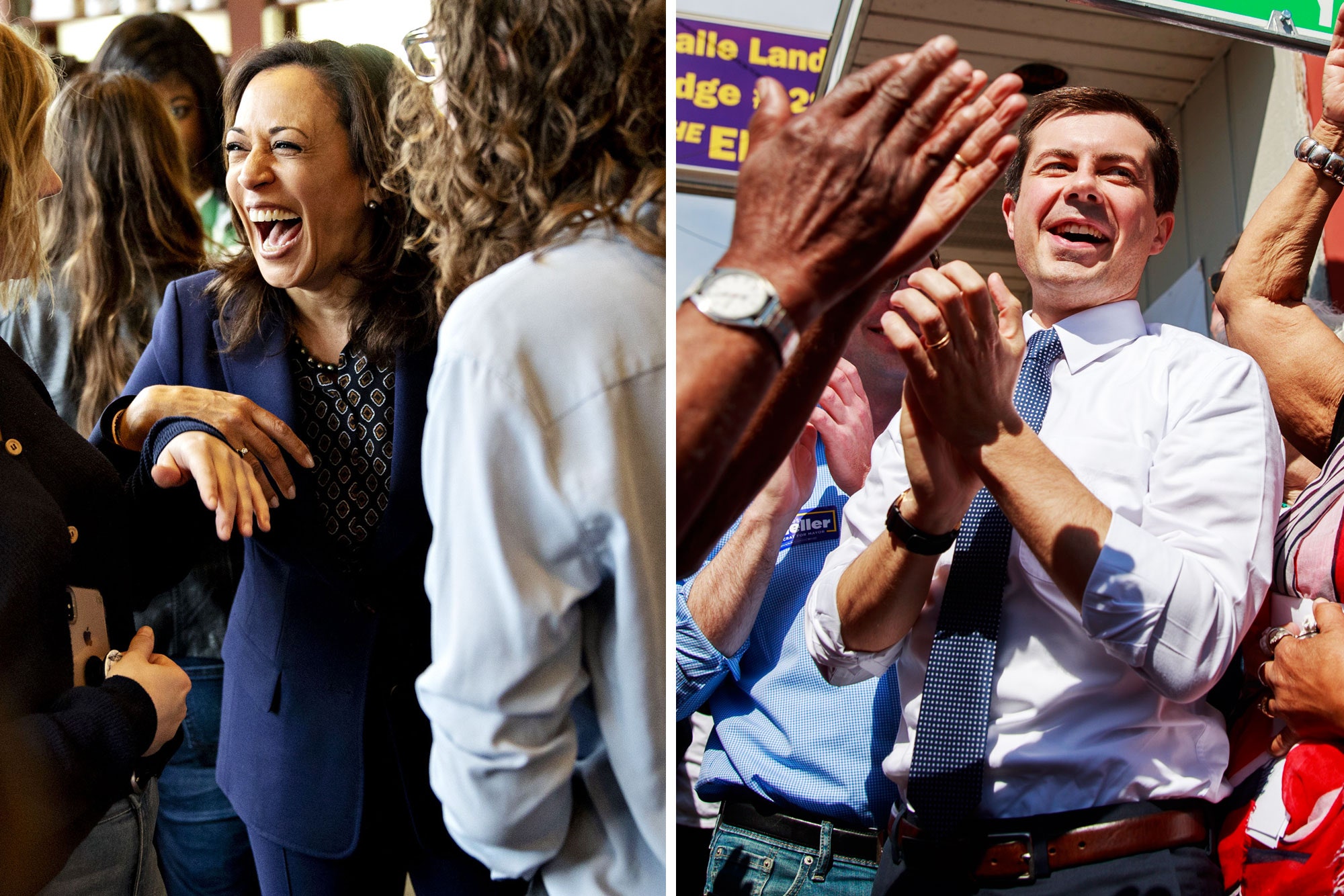 The next presidential election is still three years away but the Democrats’ 2024 affirmative action battles are already off to a fun start.

Party leaders in Washington have apparently taken notice that the half-black woman President Biden used to win in 2020 appears to now be taking a backseat to the new gay in town, Transportation Secretary and former South Bend, Ind. mayor Pete Buttigieg.

Buttigieg is getting a lot of attention right now because he’s the one tasked by the White House with promoting the new $1.2 trillion infrastructure package signed this week by Biden. It’s an easy assignment that comes with no real downside because the hard work of getting it passed through Congress with enough Republican votes is already over.

By contrast, Harris’s West Wing portfolio to date includes her assignment to turn the slums of Latin America into an economic oasis that keeps migrants from making their way to our southern border.

That’s surprisingly not going so well. Axios reported Monday that a record 13,400 Venezuelans crossed illegally into the U.S. in October and “more than 5,000 Cubans, Brazilians and Venezuelans crossed the dangerous Darién Gap into Panama last month, on top of more than 17,000 Haitians.” The bulk of those migrants are heading this way, where they expect to claim asylum and immediately load up on government services. And Harris will do nothing about it.

Harris is also the one who Biden has asked to take up the controversial “voting rights” effort to make federal changes to the way states govern their elections. Virtually no prominent Republican supports it so it will probably go nowhere.

All of it has left Harris looking desperately in over her head and now Democrats who were invested in seeing her inherit the party’s next open nomination for president are feeling butt hurt over the perception that Biden’s White House is elevating Buttigieg.

CNN over the weekend reported on the “frustrating start” Harris has had as vice president. The report mentioned that her allies believe the White House has more eagerly defended Buttigieg than Harris, like last month when Buttigieg was criticized for taking weeks of paternity leave as cargo ports remained clogged, slowing down product supply chains.

“It’s hard to miss the specific energy that the White House brings to defend a White [sic] man, knowing that Kamala Harris has spent almost a year taking a lot of the hits that the West Wing didn’t want to take themselves,” the report said, citing an unnamed “former Harris aide.”

CNN continued: “The difference in the responses, those aides think, was that Buttigieg hadn’t done anything wrong by taking time to be with his new children. Buttigieg’s leave was a conveniently timed reminder that Biden is pushing for a national paid leave law to be part of his social safety net package. That’s different from when Harris has created problems for herself, White House aides believe…”

True, Pete is a white man, but he’s also gay and that’s important in Democratic politics, just as it was important that Harris isn’t white.

That’s how affirmative action works. If Harris is worried about her political future, maybe she should play up the half-black thing more.