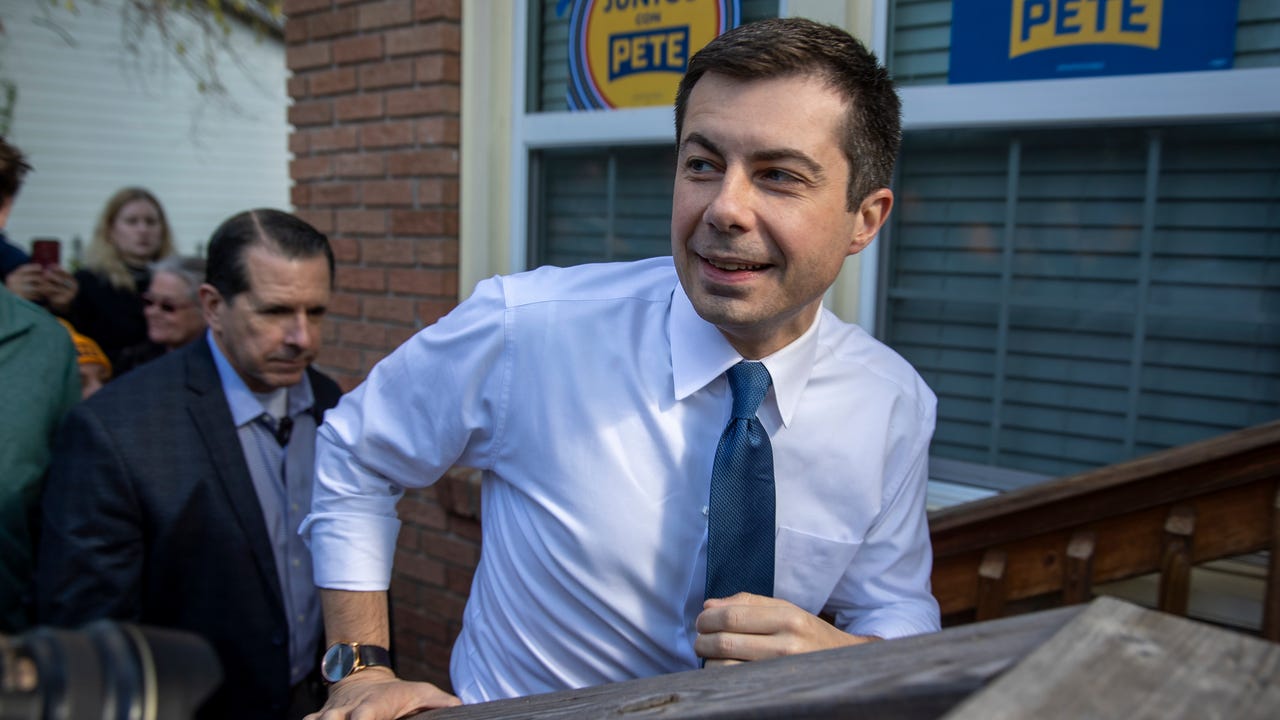 President Joe Biden’s affirmative action hire will now be starring in a documentary. No, not Kamala Harris. I’m talking about Pete Buttigieg, the Secretary of Transportation.

Amazon Prime Video on Monday released the trailer for the upcoming film Mayor Pete, an hour-and-a-half look “inside Buttigieg’s headline-generating campaign” for the Democratic presidential nomination in 2020, according to the teaser.

It’s essentially an overview of Buttigieg’s very short, un-storied career in politics, which would otherwise be unremarkable if not for the fact that he’s gay and that the national media desperately wanted him to be a thing.

And that’s nothing to say of his time working in the administration. It’s been eight months since he was confirmed by the Senate, and yet while shipping containers have sat idle due to clogged up ports last week, Buttigieg has been on maternity leave since mid-August.

That means the former mayor of South Bend, Ind., has been away from his job for a quarter of the time that he’s held it. Not that that’s particularly unusual for him.

Back when he was gearing up for his corny campaign for president, a local South Bend newspaper calculated that from February to May of 2019 he was out of town for nearly half that period. Nobody remembers, but before running for president, Buttigieg ran to chair the Democratic National Committee. That was also while he was mayor and in the run-up to that election in 2017, Buttigieg was away from his office more than half the time that he was there.

A documentary on Mayor Pete would be more appropriately titled Gone Girl.

While we’re at it, here’s another fun fact about South Bend under Buttigieg’s reign as mayor, as reported by his hometown paper in January. “Last year was one of the most violent in recent memory for South Bend, as both shootings and aggravated assaults increased compared to 2019.”

During his presidential run, Buttigieg never averaged above ten percent in national polls of Democratic voters but we’re supposed to believe his failed campaign is worth a documentary.

It’s as if being a failure in the Biden administration is in itself a ticket to stardom. More people have died of COVID this year than last, even though we now have the benefit of not just one but three highly effective vaccines. Dr. Anthony Fauci nonetheless remains the media’s favorite sex symbol and he’s also the subject of a flattering documentary put out last month by Disney subsidiary National Geographic. Maybe if we reach one million deaths, Fauci will feel inspired to run for president.

Buttigieg is the epitome of failing up and is, of course, weak. The defining moments of his mayorship were to apologize for saying “all lives matter” and also to fire his city’s first black police chief.

Yes, that happened. But he’s gay so Democrats gave him a big job he’s unequipped to handle and the entertainment industry is featuring him in a documentary that he doesn’t deserve.

In a clash of the diversity hires, Democrats leapfrog Mayor Pete

CNN contributor who calls GOP ‘homophobic’ registers as lobbyist for Liberia, where homosexuality is illegal