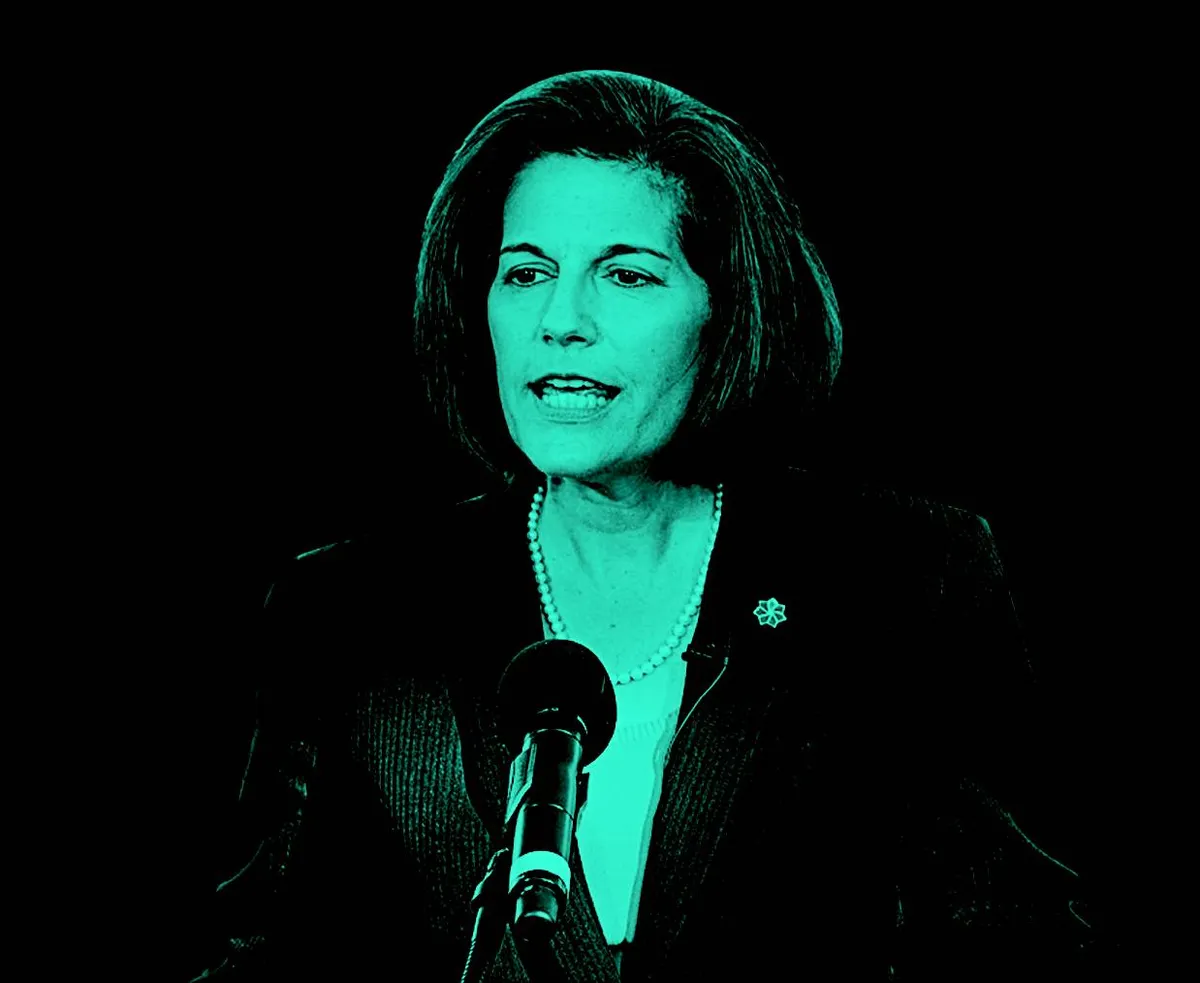 Last week, Silver State Equality held a press conference in which they used decade-plus old comments made by Republican Senate front-runner Adam Laxalt to highlight what they referred to as “a growing national movement that wants to turn the LGBTQ+ community back into second-class citizens…”. What this organization failed to discuss (as did their Democrat allies in the media) is that Sen. Catherine Cortez Masto has a record of anti-gay rhetoric of her own.

In 2014, while serving as Nevada’s Attorney General, Cortez Masto likened gay marriage to “incest and bigamy” in a 55-page brief that was written in support of Nevada’s now defunct legislation outlawing gay marriage. It’s important to note that the comments made by Adam Laxalt were older than Masto’s, some by more than four years. His comments were primarily regarding open same-sex relationships in the military. This was also while the repeal of Don’t Ask Don’t Tell was being debated nationally, a factor every single outlet has conveniently ignored. What is also relevant is that in 2010 all four heads of the military were in favor of keeping DADT in place and Laxalt had just left the Navy. Context matters to reality regardless of what the press at the Las Vegas Sun, the Review-Journal or any other local outlet wants their audience to believe.

The Democrat Party embraced gay marriage in the 2012 presidential election, yet two years later, Cortez Masto was still arguing against it. Her comments were so controversial that even the Advocate, one of the largest and longest serving gay rights publications wrote a piece excoriating Cortez Masto for her position. They point out, “Masto’s opening arguments harken back to those used unsuccessfully in court by other marriage equality opponents, and she contends that her defense of the law is based on public support.” As will be seen, Cortez Masto has not “consistently supported LGBTQ rights” like Silver State Equality wants voters to believe, but rather she consistently supports whatever she perceives the masses want her to support.

Fast forward to 2022 and the reality is that one can say whatever they want and the press lets them get away with it–but they have to be a Democrat to enjoy such benefits. Such is the case with Sen. Cortez Masto.

As the Nevada Globe aptly points out, “Senator Cortez Masto, like many Democrats before her… has conveniently ‘evolved’ on marriage equality and LGBTQ rights, but her ‘Don’t Say Gay’ past is ignored by her most ardent supporters.” Embarrassingly, even Cortez Masto’s Communications Director, Josh Marcus-Blank, seems to be utterly unaware of his boss’ history as he’s spent most of the week excoriating Laxalt even though his boss’s comments are more disturbing.

However, these decade-old comments made by both by Laxalt and Cortez Masto are not the real issue in this dog fight. Rage-bait tweets and biased articles may titillate the ears of the masses and allow Twitter-warriors and LGBTQ activists alike the opportunity to puff their chests, but the voter should consider why these comments are being drudged up in the first place.

The fact of the matter is that Cortex Masto’s poll numbers are in free-fall. For an incumbent Democrat to be trailing in four consecutive polls to her Republican challenger in a state where the incumbent’s party broke for President Joe Biden less than two years ago is an abject disaster.

Cortez Masto has relatively no public name recognition, is a party voter over 95% of the time, and has served her tenure over some of the most disastrous outcomes in Nevada’s history. In order to change the narrative surrounding her failures, the local press are trying to paint her in a positive light however they can.

As was said to the Nevada Globe and must be reiterated here, “Masto’s about-face on gay rights only serves as an example that she embraced the LGBT community out of political expediency. She is embracing identity politics because it shelters her from facing her abysmal record as Nevada’s Senator. Everything from high unemployment, high inflation, open borders and disastrous foreign policy is a direct result of her tragic failings.”

The press is protecting Cortez Masto because they also see the writing on the wall. They also realize that her record lacks any meaningful accomplishment for Nevada.

Furthermore, in the current political conversation nationally, education is becoming the hot button issue that both sides are trying to capitalize on. Republicans have successfully targeted Democrat politicians all over the country for their radical stance on childhood education. This was scene first in the debates over Critical Race Theory in the 2021 Virginia gubernatorial election where Republican Glenn Youngkin upset incumbent Democrat Terry McAuliffe.

In 2022, the focus is now shifting from CRT to sexual orientation and gender identity lessons now outlawed in Florida’s Parental Rights in Education bill for kids aged kindergarten through third grade.

In a shallow and deceptive attempt to paint this legislation as anti-LGBTQ law, the Democrats and their allies in the media are falling into the same trap of doubling-down on their radical beliefs.

Cortez Masto, by all indication, is on board with the progressive Left who believe sexual orientation and gender identity are appropriate lessons to be taught to kindergarteners. Not once has the hypocritical and biased press even asked Cortez Masto if she supports any parental rights in education. They know that when she’s forced to answer the question, she will either tow the line of her radical party, alienating parents across the Silver State or she will move against her party and alienate her voter base, assuring her defeat in November.

This situation points out a disturbing character flaw in Senator Catherine Cortez Masto, namely, that she is either a political animal desperate to be re-elected by any means necessary or a weak leader incapable of standing against the radicals in her own party.

The real question is: How long will the press cover for her?

The left has gone full fire-and-brimstone over ‘transgender children’

Is Kamala Harris trying to cancel Mayor Pete ahead of the 2024 election?