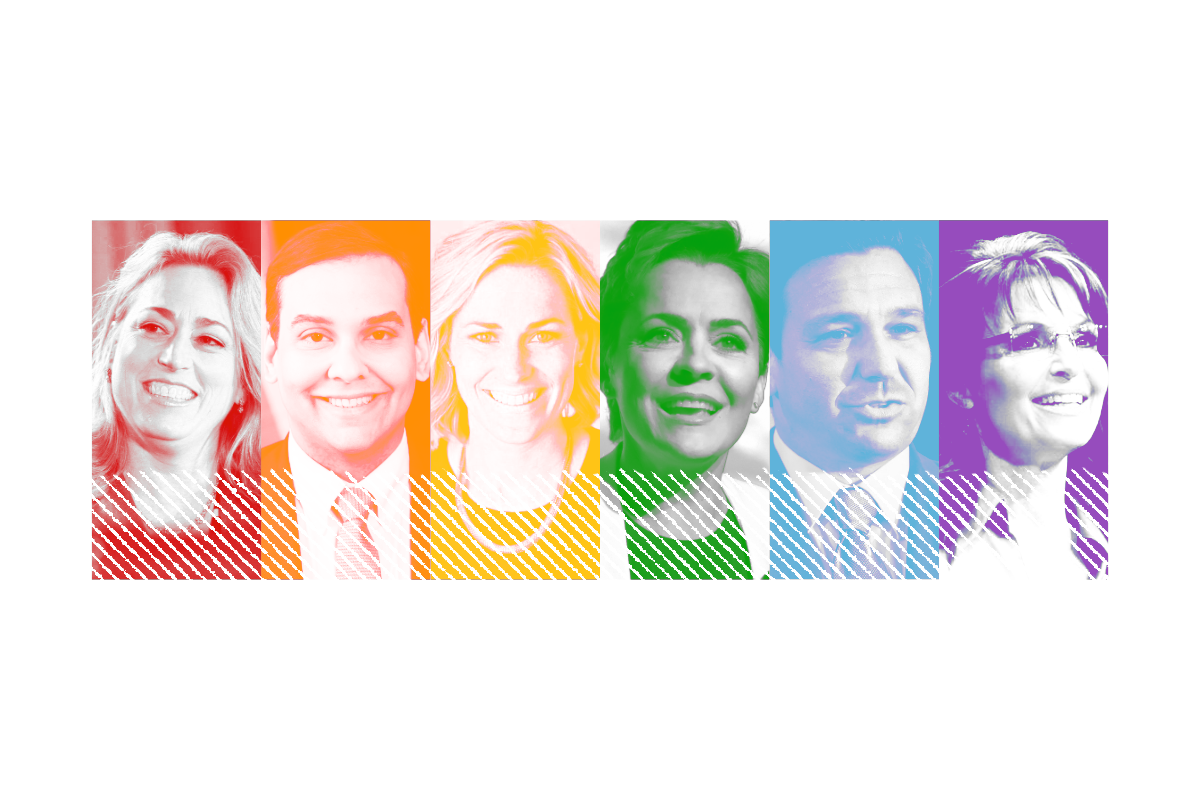 New York’s 3rd congressional district is expected to be one of the closest races in the country; however, this race is historic for another reason. For the first time in U.S. history, this race features an openly gay Republican in a matchup against an openly gay Democrat running to represent a seat currently held by retiring Democrat congressman Tom Suozzi. The Long Island seat has not been held by a Republican in over a decade but economic strife has voters seriously considering electing the first openly gay freshman Republican to Congress.

When you think of close races in an election cycle, Rhode Island is not usually included. This cycle is different. Rhode Island’s 2nd congressional district is in a dead heat due to the popularity of Republican former Mayor of Cranston Allan Fung. This district went to Joe Biden by 14 points in 2020 and the district has historically been safe for Democrats. Mayor Fung is running against Rhode Island State Treasurer Seth Magaziner who hasn’t been able to overcome Fung’s lead in the polls as of yet. Mayor Fung is single handedly creating a formula for how to win in Democrat strongholds which includes reasonable stances on equality issues. If he wins, expect to see more candidates in blue districts following Fung’s formula.

California’s 41st congressional district pits Republican Congressman Ken Calvert against openly gay Democrat challenger Will Rollins. The district, which includes the notably gay Coachella Valley, is far more liberal than Calvert’s former district and Rollins is attempting to use that to his advantage by painting Representative Calvert as anti-gay. Calvert, who has been in Congress since 1993, has undergone a metamorphosis on equality issues having been one of the 47 House Republicans to vote for the Respect for Marriage Act. This race is going to be a test of how traditionally liberal voters prioritize fiscal issues to social issues and how LGBT issues will directly impact certain races.

AK-At-Large (Peltola vs. Palin vs. Begich)

The recent change from a traditional ballot to ranked-choice voting in Alaska led to Democrat Mary Peltola winning Alaska’s sole congressional district in the August special election. The special election to replace the late Republican Representative Don Young, who held the seat since 1973, drew a crowded field that was narrowed down to former Governor Sarah Palin, Nick Begich III, and Mary Peltola. These three will face off again on election day for a full term in the U.S. House. Palin, who is endorsed by Log Cabin Republicans, is working on expanding her coalition to voters beyond the Republican base while Begich is hoping to win out with only the Alaska establishment on his side. While both Palin and Begich have sizable voting blocks, Begich voters elected to not rank Palin as their second-choice option, leading to a Peltola victory. With a Democrat representing Alaska’s sole congressional district and two Republicans splitting votes – this race will be a testament to whether disparate factions of the Republican Party can come together to defeat a common foe.

OR-05 (Chavez-DeRemer vs. McLeod-Skinner)

Former Mayor of Happy Valley Lori Chavez-DeRemer is running against progressive lesbian Democrat Jamie McLeod-Skinner. This seat is now open after incumbent Democrat Kurt Schrader was successfully primaried out by McLeod-Skinner. Polls have this race in a dead heat. This race has focused on economic issues and crime stemming from political unrest in Portland, just outside the district lines. Chavez-DeRemer has touted her endorsement from Log Cabin Republicans as a means of reaching voters that have not been tapped by Republicans in the past. While suburban districts, like Oregon’s 5th, were not amenable to Republican candidates in the past, they have now shown a willingness to engage with candidates who break the mold on social issues. If elected, Chavez-DeRemer would become the first Latina elected to represent Oregon in Congress.

Republican candidate Tiffany Smiley is facing off against longtime Democratic Senator Patty Murray, who first won the seat back in 1992. Smiley has exposed Senator Murray for her weak record on LGBT issues, like her support for the Defense of Marriage Act in 1996. In recent weeks, Smiley has been gaining traction in the polls making the race much tighter than expected. Smiley has forced Democrats to expend time and money on a seat that has not been competitive in decades.

Dr. Mehmet Oz is running as the Republican nominee against Democratic Lt. Gov. John Fetterman in an increasingly tight race to represent Pennsylvania in the U.S. Senate. Dr. Oz has been an outspoken ally of the LGBT community and expressed his support for the Respect for Marriage Act, which would codify protections from the Obergefell and Windsor rulings. Dr. Oz is crafting a strategy for how to win in swing states which includes reasonable stances on equality issues, notably same-sex marriage. Dr. Oz has made efforts to broaden the tent and bring in new potential voters, such as LGBT Republicans, moderates, and even Democrats. If elected, Dr. Oz would become the first Muslim senator in U.S. history – further diversifying the Republican Party in Congress.

If you have been following the midterms, you have certainly been hearing about the Arizona gubernatorial race. Arizona, which has become one of the most unpredictable swing states in the country, is featuring a heated contest between former television anchor Kari Lake and Democrat Secretary of State Katie Hobbs. While Lake fought through and expended resources on a hotly contested primary, Katie Hobbs reserved her resources and skated to an easy victory on primary day. Even with the advantage of not facing a serious primary challenger, Hobbs has squandered an early lead in the polls after refusing to debate Lake. While Hobbs waits for Lake to make a gaffe that won’t come, Lake has been actively building large coalitions, including LGBT people, youth, and Hispanic voters. While being unapologetically conservative, Lake has extended an olive branch to any voter who loves America. Her campaign style may create a model for Republicans running in tough states.

In a stunning turn of events, the New York gubernatorial race has become a nailbiter. Republican Representative Lee Zeldin is running with openly lesbian NYPD deputy inspector Alison Esposito against incumbent Democrat Governor Kathy Hochul in one of the most closely watched gubernatorial races in the country. In a state as deeply blue as New York, this race has electrified Republicans everywhere. Governor Hochul’s unpopularity, paired with surging crime, and rising inflation has made this race much closer than originally thought. Esposito’s candidacy is historic because, if elected, she would become the first openly gay Republican elected to statewide office in the U.S. With Esposito on the ticket, LGBT voters may be more inclined to support her and Zeldin over Governor Hochul. Support for Zeldin from the LGBT demographic in New York could signify dissatisfaction with the way the state has been moving under former Governor Andrew Cuomo and now Kathy Hochul. Zeldin has built strong coalitions with not only LGBT voters, but Hispanic voters, black voters, and women across the state in order to get the support needed to win.

While the Florida gubernatorial race is not expected to be close, this race is notable in that national Democrats tried to knock Governor DeSantis for his support of the Parental Rights in Education Act in an attempt to diminish his popularity. Yet, with polls consistently showing DeSantis up by double-digits against Democrat Charlie Crist, it appears as though Democrat fear-mongering was unsuccessful. In addition, if Governor DeSantis does well in largely gay regions such as Miami-Dade County, it may indicate a larger realignment of LGBT voters going forward.

Florida state rep. under fire for past comments about gays holding office