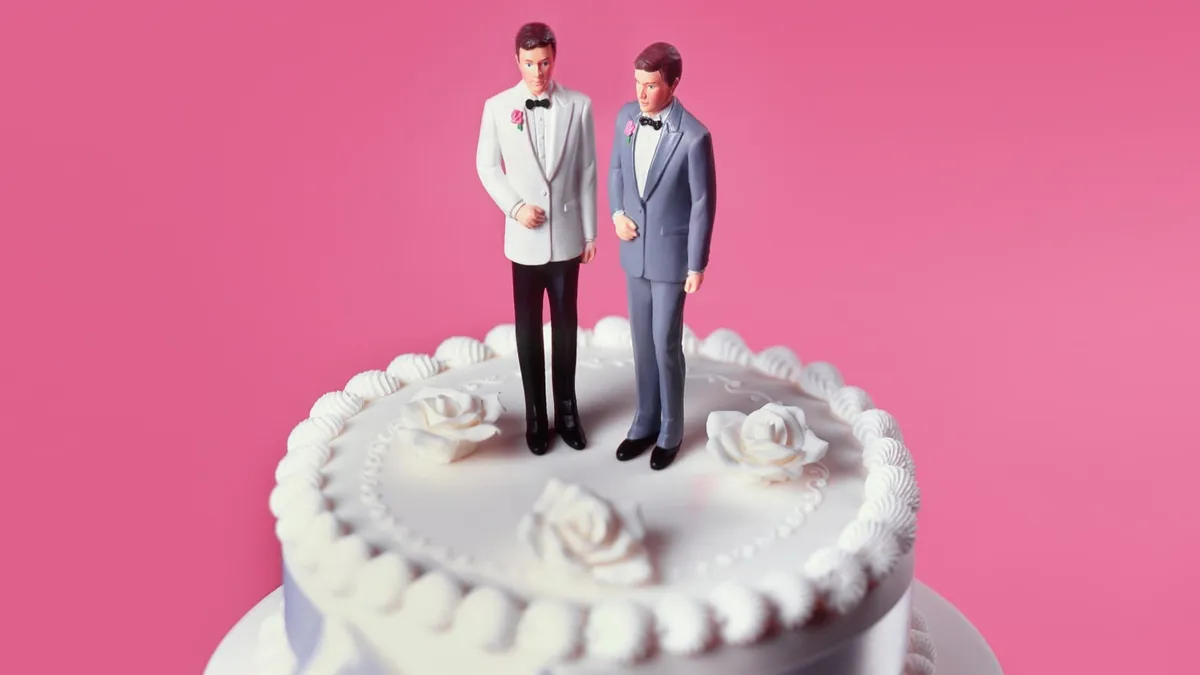 When the vote for the Respect for Marriage Act (RFMA) went to the House floor on July 19, 2022 it passed with bipartisan support (267-157). 47 Republican representatives voted in favor of the bill, while 153 voted against it. Out of those 47 Republicans, 38 sought to be re-elected in the midterms and succeeded in securing their spot in the 118th U.S. Congress.

Why? Because inclusion wins and America knows it. When will the GOP catch up?

The Respect for Marriage Act is a bill designed to codify marriage equality into law for homosexual and interracial couples, and was amended to include protections for religious liberty.

The biggest problem with the traditional GOP perspective on the issue of marriage equality is that they still view it through a lens of religious morality. But America is not a theocracy, neither is the GOP, and gay marriage equality should not be looked at as a religious or moral issue but a constitutional one. If the GOP wants to continue to laud itself as a pro-constitution party, they must support marriage equality and this is why.

In 1868, our constitution was amended to include the Equal Protections Clause of the 14th Amendment, which states:

No State shall make or enforce any law which shall abridge the privileges or immunities of citizens of the United States; nor shall any State deprive any person of life, liberty, or property, without due process of law; nor deny to any person within its jurisdiction the equal protection of the laws.

Equal protections. This is not up for interpretation. By virtue of this amendment alone, we can make the case that marriage equality under law is constitutional. That being said, if we are going to be constitutionalists and honor the 14th Amendment, we must also honor the First Amendment which grants religious freedom. This is why it is critical for the GOP to understand the distinction between religious marriage and legal marriage–two concepts described using the same word with two completely different meanings .

The religious right continues to get stuck on the word “marriage” but the truth is that this debate goes far beyond semantics. The word marriage has been baked into U.S. law over 1,100 times. Other countries, such as France and Australia got ahead of this issue by describing government-acknowledged partnerships with the word “union” in their legal systems instead of marriage (reserved for religious institutions), thus avoiding this debate altogether. But the U.S. legal system precedent was set differently, and it’s important for our society to make the distinction between “government marriage” and “biblical marriage.” Both use the same word “marriage” but have totally separate implications.

We are not asking religious institutions to compromise their faith and convictions. We are not forcing your church to perform any marriage ceremony that would violate their own system of beliefs. We merely want equal protections under law, and per the U.S. Constitution we deserve that.

One of the RFMA’s most vocal supporters, Republican Rep. Kat Cammack (FL-3), who voted in favor of RFMA and also won her re-election, issued this brilliant statement explaining the constitutional elements of legal marriage equality:

This is why, before RFMA moved to a vote in the Senate, it was amended to include protections for religious liberty. Advocates for RFMA seem to understand that we can position legal marriage equality in a way that poses no threat to religious freedom at all.

The truth is, when the secular mob comes for Christian conservatives, the gay conservative demographic will be among the first to defend them. We defended the baker in Colorado. And we would do it a thousand times over again. Because we respect your religious freedom. We only ask that you treat our constitutional right to equal protections under the law with the same respect.

Internet pundits and even some elected officials had a collective meltdown with the passing of RFMA, saying that the 12 GOP senators who voted in favor of the bill were traitors who threw Christian conservatives to the secular mob, but that couldn’t be further from the truth. Aside from spreading blatant lies and disinformation that the bill would infringe on their religious liberties, these ill-informed drama queens also alienated gay Republicans and those who support their existence in the party. Mind you, that happens to be a majority of the party.

According to a Gallup poll in 2021, a 55% majority of Republicans now support marriage equality under law, and 71% of all Americans are in favor of equality– the highest it’s ever been in American history.

The same poll shows that 84% of Gen Z is also in favor of marriage equality, and 61% of Gen Z Republicans support equality.

In the 2022 midterms, Gen Z cast one in every eight votes nationwide and it’s a demographic Republicans cannot afford to lose. If the GOP wants to continue to remain relevant with the future generation and consistent with the Constitution, they must adapt.

In 2022, being actively against marriage equality is a losing, minority issue. A shift from the GOP to supporting marriage equality under law would be a winning move, without compromising their values but upholding them. As Rep. Nancy Mace from South Carolina said, “The right to marry the person you love is the very definition of freedom and liberty.” Are these not the foundational principles of this great nation anyway?

Respect for equality and respect for religious freedom are not mutually exclusive. We can respect both at the same time. And if the GOP wants to appeal to the Gen Z voter demographic, honor the Constitution, win elections, and champion values such as personal responsibility, individual liberty and freedom, they needed to understand this yesterday.

9 races every LGBT Republican should watch on election night