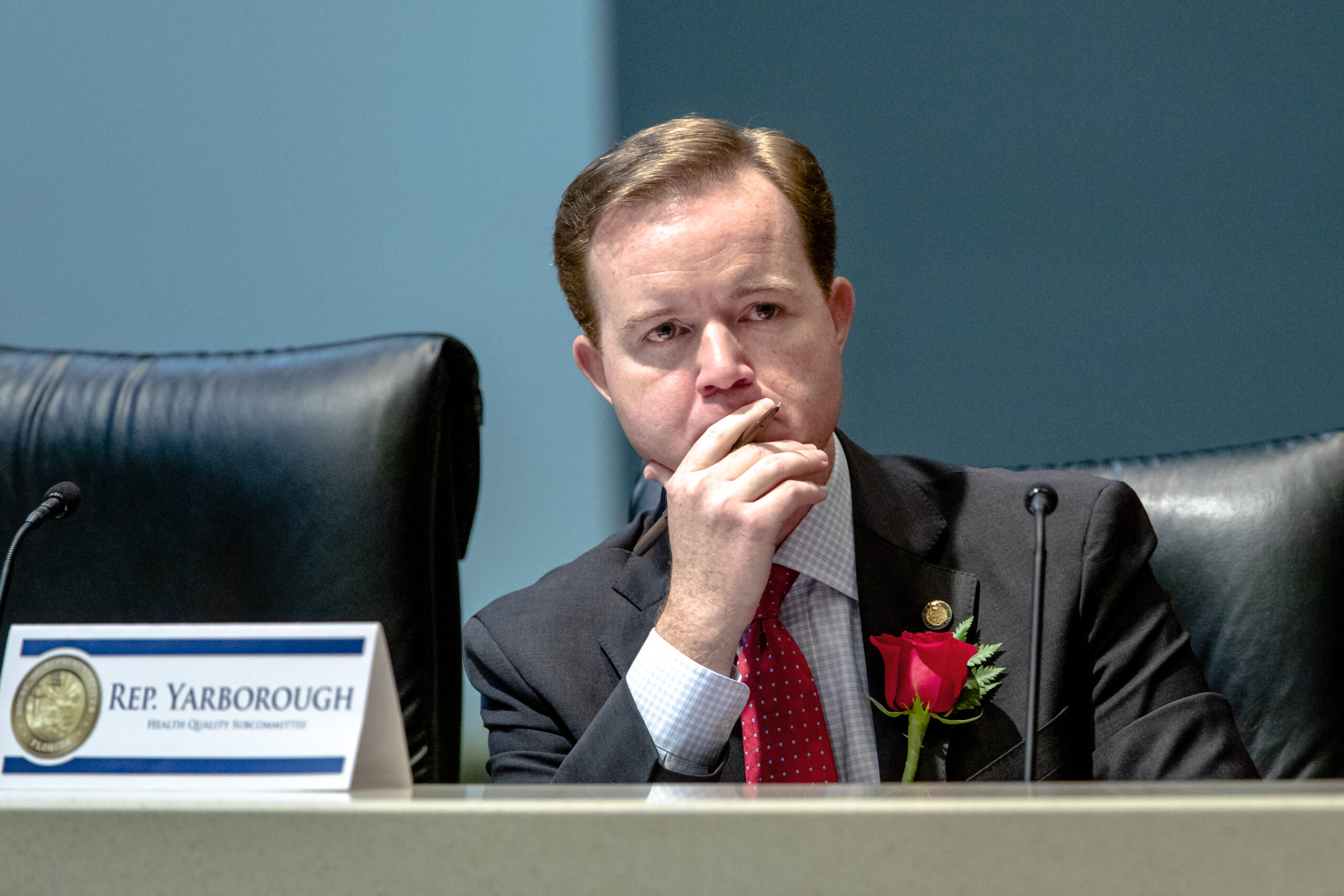 One Republican candidate for Florida’s state Senate is under fire for troubling statements made in the past that some view as anti-conservative and damaging to the Republican party.

Three Republicans are currently vying for Florida’s state Senate seat for District 4–Cord Byrd, Jason Fischer, and Clay Yarborough. Florida’s legislature is one 15 states that has implemented term limits and the incumbent, Republican Aaron Bean, who is on his second term, is not allowed to run for reelection.

One contender, Clay Yarborough, a current member of the Florida House of Representatives, garnered an avalanche of negative press while serving on the Jacksonville City Council when he asked two nominees to Florida’s Human Rights Council questions that critics called leading and highly irrelevant.

Think Progress reported in 2010 that Yarborough asked the two nominees, University of North Florida professor and Fulbright scholar Parvez Ahmed and Florida Coastal School of Law professor Susan Harthill, about their views on Islam and homosexuality. Yarborough was criticized on the relevance of the topics since “the questions had little to do with what Peyton and Harthill would be doing on the commission.” However, Yarborough insisted that such topics might come up for the Human Rights Commission, and he reportedly stated in reference to same-sex marraiage, “It would concern me if someone of that belief was on that board if they could address that issue.”

Yarborough even admitted that he had never asked such questions to nominees before, and this made some wonder why he might bring it up then. Reportedly, Yarborough made other disparaging remarks about homosexuals and members of certain religious groups running for office.

In an interview with the Florida Times-Union, Yarborough was asked, “Just in general, do you believe Muslims should be able to hold any public office in Florida?” He reportedly responded “I don’t know.” The news outlet further asked him, “Do you think homosexuals should be able to hold a public office in Florida?” Yarborough replied, “I would prefer they did not.”

Yarborough’s stance on these issues today remains unclear, with some alleging these views should disqualify him from holding public office. Many Republicans in the state question if Yarborough’s past positions are at odds with the “big tent” image of the party furthered by former President Donald Trump and claim such statements seek to divide people based on race and sex.

Yarborough and Republican Florida Governor Ron DeSantis, who is seen as a possible future leader of the party, seem to hold plenty of ideological differences as well. During Yarborough’s time in the Florida legislature, Gov. DeSantis has vetoed five bills sponsored by Yarborough. The governor also has been a big proponent of the Seminole Compact which would solidify a gambling contract with the Seminole Tribe in Florida. Florida Politics reports that this is a policy priority for the governor, yet Yarborough has vehemently opposed it.

9 races every LGBT Republican should watch on election night