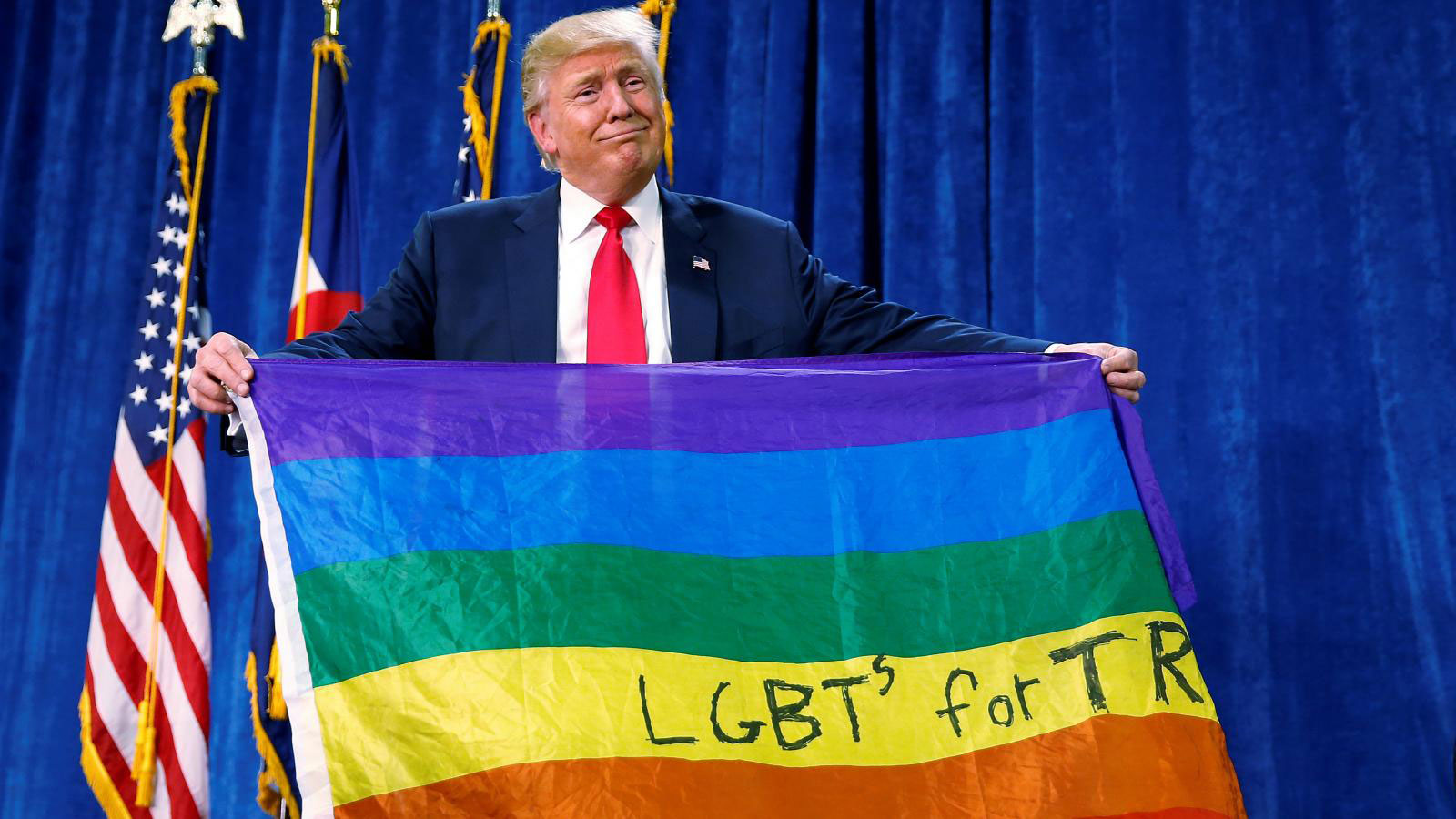 Despite the Left’s narrative, President Trump has fight to protect the rights of LGBT people in the United States — and the world — keeping the promises he made during his historic campaign from candidate to the Presidency.

During his time as candidate, President Trump became the first Republican nominee to mention LGBTQ rights in his acceptance speech at the Republican National Convention, stating “as your president I will do everything in my power to protect LGBTQ citizens.”

Three other RNC speakers followed then-candidate Trump’s call for LGBTQ equality.
PayPal Co-Founder, Peter Thiel, became the first openly gay man to speak at the Republican National Convention and said that then-President-Elect Trump was very supportive on gay rights and he wouldn’t have been a supporter of him if he thought otherwise.

In January 2017, The Trump Administration reiterated their continued support by continuing to “enforce regulations” that protect the rights of the LGBTQ community.

This announcement uses stronger language than any Republican administration has used before in favor of equal protection for the LGBTQ community.

The President has vowed to continue to protect the LGBTQ community from violence and oppression, the same pledge he made during his nomination acceptance speech in 2016.

President Trump has taken the lead on increasing HIV support at home and abroad.

In 2017, the Trump Administration said sustained funding for HIV/AIDS programs is among the “highest priorities” in the budget and launched a plan to end the HIV epidemic, “a commitment that, when achieved, will save LGBTQ lives across the country.”

In 2019, during the President’s State of the Union he announced a goal to end the HIV epidemic in the United States within 10 years. Ending the HIV Epidemic (EHE): A Plan For America is an operational plan lead by the Trump Administration to pursue the end of HIV.

In March 2019, the Trump Administration requested $291 million in the White House’s annual budget for an HIV initiative and announced another program which will provide a HIV prevention drug for free to uninsured people who need it.

The medication, made by Gilead, will donate enough supplies to “protect up to 200,000 people a year for the next 11 years. This program is part of a large federal initiative to reduce new HIV infections each year in the U.S by 90% by 2030.

In 2017, the Trump Administration launched the PEPFAR Strategy For Accelerating HIV/AIDS Epidemic Control (2017-2019), which will support efforts in more than 50 countries “to ensure access to life-saving services.

President Trump has nominated, confirmed, and appointed LGBT people in his Administration and government.

President Trump also picked Richard Grenell to be the acting Director of National Intelligence making Grenell the first openly gay person to hold a cabinet-level position in the history of the United States.

In 2019, President Trump’s first LGBTQ judicial nominee Mary Rowland was confirmed to the District Court Of Northern District of Illinois.

The Trump Administration has been fighting to decriminalize homosexuality abroad

The Trump Administration has called on politicians, U.N. democratic governments, diplomats, and people everywhere stating that they should speak up loudly on the decriminalization of homosexuality.

In 2017, U.N. Ambassador Nikki Haley called on Chechnya to stop an anti-LGBTQ campaign, where people were being kidnapped and harmed based on their sexual orientation.

The Trump administration put pressure on Russian federal authorities to speak out on the campaign and to take steps ” to ensure the release of anyone wrongfully detained .”

Secretary Of State Mike Pompeo has been actively supporting “the work by U.S. Embassies to fight violence and discrimination against LGBTQ people .”

In September 2019, President Trump gave a speech before the United Nations calling for a global initiative to “decriminalize homosexuality in more than 70 countries where it remains illegal.”

The Trump administration said that the United States would not stand for it, and launched a global campaign “to end the criminalization of homosexuality,” as dozens of nations still execute or imprison people for their sexuality. Led by then-Ambassador Grenell, the Trump Administration worked with other LGBTQ activists around Europe to discuss a “specific push” to decriminalize homosexuality worldwide” and encourages other countries to implement safe laws for the LGBTQ community.