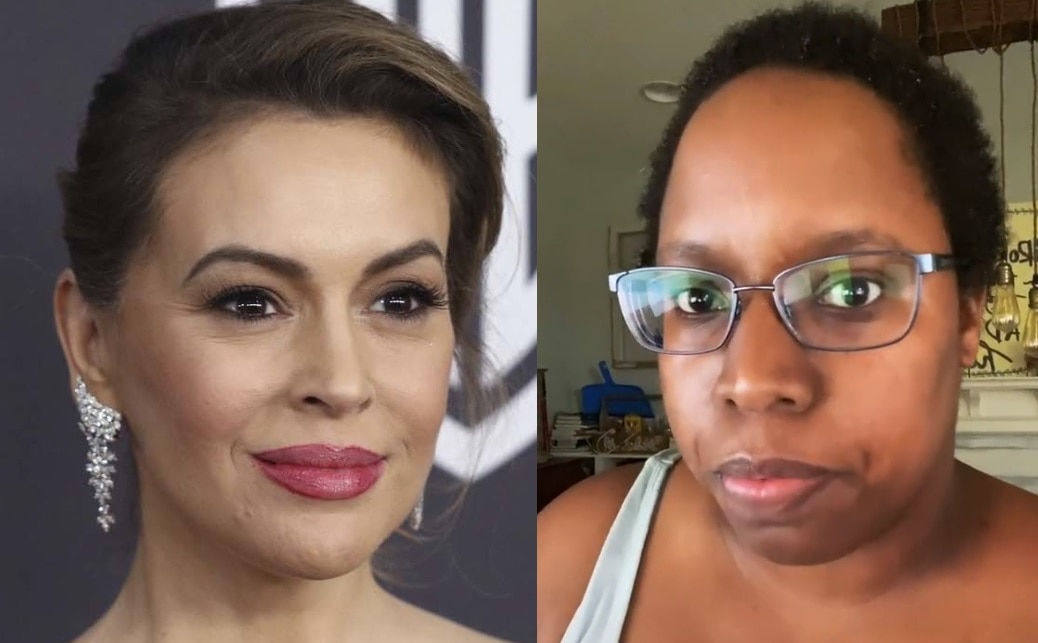 A young black woman is making waves across the Internet after calling leftwing Hollywood actress Alyssa Milano a “white supremacist” in a video that has since gone viral.

“You don’t have to be a white supremacist. You can be better,” the woman, Savannah Edwards, who describes herself as an “elder millennial,” says in the video.

The video opens with a clip of Milano, an activist who supports the “Defund the Police” movement. “For those of us who are not black men, imagine watching the news and seeing how people who look like you are portrayed,” Milano says. Edwards claps back at the actress, calling her “a white woman with a microphone” and stressing, “you are everything you preach against. You’re not helping. You’re making things worse. You’re causing more division.”

Edwards also backs up her criticisms of Milano, stating, “statistically speaking, I am more likely to be shot and killed by my black elderly neighbor across the street than the cop patrolling my neighborhood. Statistically speaking, homicide by cop is very rare, but people like you find power in fear so you keep it front page news.”

By Tuesday morning, the TikTok video had over 12,000 comments, the overwhelming majority of remarks praising Edwards. Many of the comments also call for Milano to respond, but it appears Milano disabled the comments on her side of the exchange, preventing her from seeing those in support of Edwards.

Even former Arkansas Governor Mike Huckabee, a Republican, shared the video. “I dare the networks to air this. I dare you to watch it. I dare you to call this lady ‘racist.’ I dare you to think for  yourself,” he wrote in a tweet.

This is not the first time Edwards, a rising social media star, has gone after “woke” white liberals on TikTok, debunking claims of racism and systemic oppression. In another popular post, Edwards responds to a white woman who claims that Abraham Lincoln did not free the slaves and that Frederick Douglass deserves to be enshrined in a statue instead of the sixteenth president. “History is uncomfortable…It’s not designed to make you feel good. It just is,” she says to the woman. “If you’re going to be a white savior, make sure you get a white hood to match.”

In a more recent TikTok post, Edwards discusses the death of Ma’Khia Bryant, an Ohio teenager shot to death by a police officer as she was attempting to stab another teen with a knife. Bryant’s attorneys claim, “all systems failed her.” Edwards goes on to explain how, in her opinion, the system failed because it was tasked to do a job that it is ill-equipped to do. “Raising up Ma’Khia, making sure she was the best person she could possibly be—that was her parents’ job, but her parents failed…We want to keep screaming ‘systemic racism’ when it all comes back to family and culture,” she says in the video.

Edwards, a native of North Carolina who now lives in New Orleans, La., has nearly 500,000 followers on TikTok, where she uses the handle @thisissavvy. She was even tickled to learn that commentator Ben Shapiro recently shared one of her videos on Twitter, accompanied by a write up about her account on his website, The Daily Wire. The blushing viral star responded to that news in a video, slinking down in her chair and saying, “when stuff like this happens, I kind of want to duck into a corner and be, like, yeah, that’s not me,” she said. “But, pretty cool, pretty cool.”